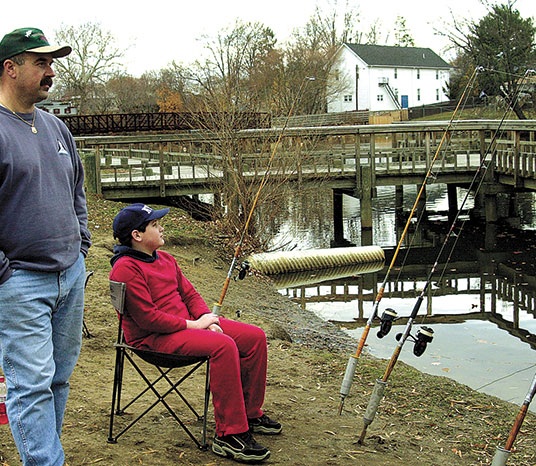 PLUMSTED – Plans for the construction of a sewer system and a waste water treatment plant that will serve downtown New Egypt have been given the go-ahead by the state. The decision paves the way for a project that municipal officials believe will revitalize a historic part of Plumsted Township.

“We are excited this is finally coming to fruition in our town,” Mayor Jack Trotta said. “It has been a long time coming. We’ve got our ducks in a row and we are really happy this all worked out.”

For years, officials have been discussing a sewer project that they have said could make downtown New Egypt more appealing to a wider commercial base. The end result of attracting new businesses could be more tax revenue in the municipality’s coffers.

On Jan. 8, the state Department of Environmental Protection (DEP) approved a surface water discharge permit that will allow the construction of a sewer system and a waste water treatment plant on Route 537 in Plumsted.

Township officials have secured a $1.5 million bond for the construction of the sewer system and the treatment plant.

According to the permit, the DEP has set limits for the acceptable amounts of phosphorous, nitrates, total dissolved solids and heavy metals that would make their way into Crosswicks Creek by way of the treatment plant’s surface discharge system.

“We feel very good about what we have done and what we will do and that it will be a responsible project,” Plumsted Municipal Utilities Authority Executive Director Peter Ylvisaker said.

With the permit now in hand, Ylvisaker said, work on the sewer system and water treatment plant could begin within 18 months.

Environmental organizations criticized the DEP’s approval of the permit and called it a blow to the local ecosystem.

“The DEP’s approval of the New Egypt plant is a threat not only to Crosswicks Creek, but it will lead to more water pollution and more sprawl for the area around it,” New Jersey Sierra Club Director Jeff Tittel said in a press release.

According to the Sierra Club, the plans for the waste water treatment plant fail to meet the state’s surface water quality standards for the permissible amount of copper, total dissolved solids and phosphorous. The group also charged that the plan lacks a “secondary, cumulative impact or anti-degradation analysis” on the proposed system.

“The DEP has not only violated standards and the law, it sets a bad precedent that would allow any rural area with small headwaters to become the target of development,” Tittel said. “This would undo decades of water quality planning and work by the state to protect and clean up our rivers.”

Ylvisaker said officials are aware of the environmental concerns and have plans that take those concerns into account.

“I think what we have designed to this point is a system that addresses all of the concerns that people expressed at the (public) hearings,” he said. “I think the DEP took the time … and they have been very careful in what they have decided.”

Plumsted officials have said the presence of a sewer system may also allow for the development of an age-restricted housing community in the township.