Following years of inactivity, the Federal Reserve raised interest rates just slightly at the end of 2015. Here’s what that means for mortgages in the coming year

The wait has ended: In December, for the first time since 2006, the Federal Reserve slightly hiked interest rates slightly — a quarter-point increase in its target funds rate, to be exact — with the central bank expected to gradually inch rates up in the months ahead. Now, a new wait begins and new questions arise: How long before mortgage interest rates correspondingly creep up higher, and how much longer can prospective borrowers afford to delay their decision to purchase a home, if they’re on the fence?

First, it’s important to understand that, while the Fed’s interest rate increase can directly affect the availability of credit and lead to rate increases for credit cards, home equity lines of credit, and auto loans, it may have less of an impact on mortgage rates — at least not right away.

Nevertheless, mortgage rates continue to inch slightly upward: Data released by Freddie Mac on New Year’s Eve showed that in the last week of December 2015, the 30-year fixed-rate climbed from 3.96 percent to 4.01 percent (compared to 3.87 percent the previous year), while the 15-year fixed-rate went from 3.22 percent to 3.24 percent (versus 3.15 percent one year prior). Those may not seem like steep climbs, but they indicate that, indeed, mortgage rates rising. And experts expect more of the same to continue in 2016.

“When the Fed announced its rate increase, there was very little immediate impact to mortgage rates, which had already inched higher in the weeks before the Fed’s announcement,” says Kelly Hager, CEO of Kelly Hager Group Real Estate Services in Chesterfield, Mo. “However, mortgage rates will gradually increase through the year in 2016, with most analysts stating we should reach 4.5 percent (on a 30-year fixed-rate) by the end of the year.”

“But that will not be enough to slow the housing recovery,” Maes says. “Economic fundamentals remain weak, with 94 million out of the work force, wages stagnant and high-paying jobs still tough to find. Rates will remain relatively low until real job creation takes place.”

Trying to perfectly time your purchase based on rate predictions, however, can be a tricky prospect. Although homebuyer candidates probably shouldn’t expect mortgage rates to dip lower, that doesn’t necessarily mean they should rush into a buying/borrowing decision before rates go any higher.

“Homebuyers should never buy because rates are low or moving up. It’s all about affordability and being able to make the payment for years to come,” says Ali Vafai, president of The Money Source, a lending company in Melville, N.Y. “Buy a home when you’re ready. It doesn’t matter what rates are doing — if you can’t afford to buy and keep your home, you should wait until you can.”

“Consumers shouldn’t look at the Fed’s moves as guidance about what decision they should make on choosing rates,” Koss says. “You should make the move because the math works for you, not because of any prediction about where rates are headed.

“If the payment works, lock the rate in,” he adds.

However, if you currently own a home and are considering refinancing your mortgage, you may want to pull the trigger sooner instead of later, particularly if you can reduce the term of your mortgage from 30 years to 20 or 15, says Brian Krebs, president of Peachtree Home Loans in Alpharetta, Ga. 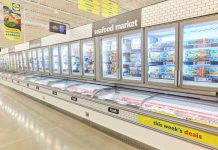