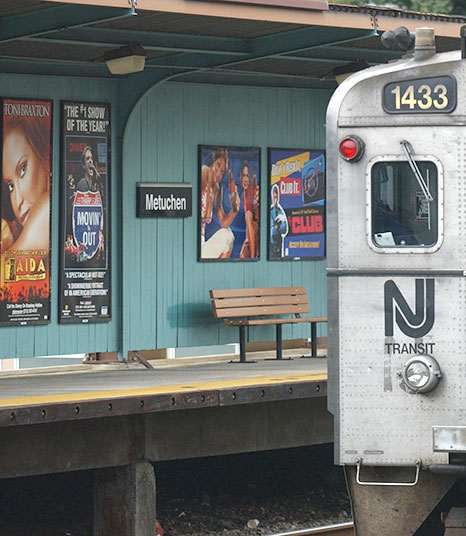 METUCHEN — Bringing increased foot traffic to the downtown area, providing additional and convenient parking with proper signage and making sure zoning supports what residents want in the future are some of the issues that a Downtown Alliance would tackle.

“We are hoping that the alliance will be in an active state by June,” said Jan Margolis, a member of the Metuchen Area Chamber of Commerce.

The chamber served as a host to a panel presentation on Jan. 19, weighing the pros and cons of an alliance featuring Beth Anne Macdonald, executive director of the Downtown Somerville Alliance; Tony Brokenborough, co-owner of Carol’s Creative Chocolatez in Somerville; Jenni Chapman, co-owner of Over the Moon Toys and Through the Moongate in Highland Park and president of the Downtown Highland Park Alliance; Eric Berger, principal of U.S. Real Estate Acquisitions, LLC in Metuchen and Somerville; and Ruchir Mewawala, co-owner of Buddha’s Loft Salon and Rose Events in Metuchen.

Margolis served as the moderator of the panel.

The Borough Council is expected to discuss, vote and approve an ordinance allowing for the creation of the alliance.

The proposed Metuchen Downtown Alliance would be similar to the Downtown Highland Park Alliance, which operates independently as a nonprofit 501c3 organization.

Chapman said the alliance, made up of an executive director and board members, works with a band of volunteers who come together and set short-term and long-term goals.

The Downtown Highland Park Alliance receives funding from the Business Improvement District tax assessment, and the borough of Highland Park gives the alliance some funds.

Chapman said on a constant basis the board works together seeking grants and sponsors and holding fundraisers for the various events that are held.

“A full-time executive director is essential,” she said, noting that aside from budgeting for the salary of the executive director, office rental space and part-time employees for special projects, everything else is funded through grants and sponsors. “Every project is started with a budget of $0.”

She said it’s also important to engage volunteers and cater to what interests them.

Mewawala said he opened his business on Main Street a year ago.

Attending the Main Street Conference last year, Mewawala said he would like to see the vibrancy he observed in other downtowns across the country at the conference for Metuchen’s downtown.

Mewawala’s father previously owned Corner Confectionery, which was on the corner of Amboy Avenue and Main Street.

“I don’t see a difference between the downtown I grew up in and what I see today,” he said, adding that he believes an alliance could bring a pulse, vibe and liveliness the downtown area needs for businesses to stay open later in the evenings and on Sundays.

Social media and a website filled with tips for businesses on recruitment and even real estate quotes have helped the Somerville downtown thrive.

“In 2013, we did a rebranding of our website and now tell our story in pictures,” said Macdonald, who said she tracks who visits the website through Google analytics. “We also utilize paid advertising on Facebook.”

Brokenborough said, as a business owner in Somerville, he sees the benefits of social media.

“The new generation likes experiences,” he said, noting that the smartphone is what is in their face on a daily basis. “All the events we sponsor are all online and we engage [people] on Facebook and other social media [outlets].”

Macdonald said whatever the businesses post on social media; they repost it on their social media pages.

Berger said as a landlord, working with someone like Macdonald in Somerville is beneficial. “Our positions complement each other,” he said.

“It’s good that Metuchen is engaging developers early on,” she said. “Not all relationships will be a win, but it’s important to look for zoning and an environment that supports the wants.”

Macdonald said even if a tenant doesn’t work out, at least there would be zoning in place that restricts a business that the borough may not want to come in for the future.

As for foot traffic, Macdonald said Somerville’s town square on Division Street is thriving. She said the intersection of New Street and Pearl Street, which is proposed to be a town square in Metuchen, can see a similar success where constant programming can be held such as concerts, movies, events and more.

The panel was asked if it was necessary to have a Chamber of Commerce and an Alliance.

“It’s not about competition, it’s about leveraging resources and working together,” she said. “An alliance is based on improvement, not membership.”

Margolis said a Metuchen Downtown Alliance can only be successful if the community is involved.