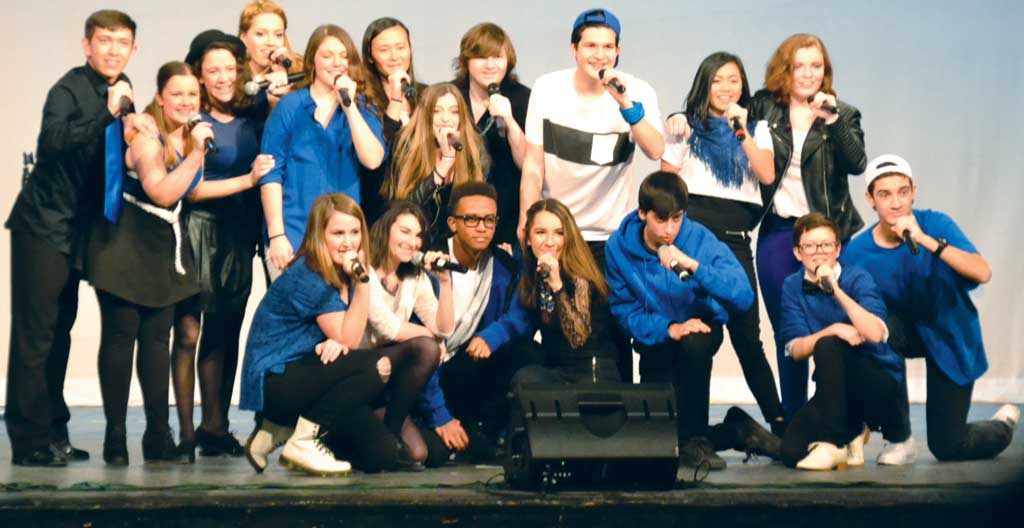 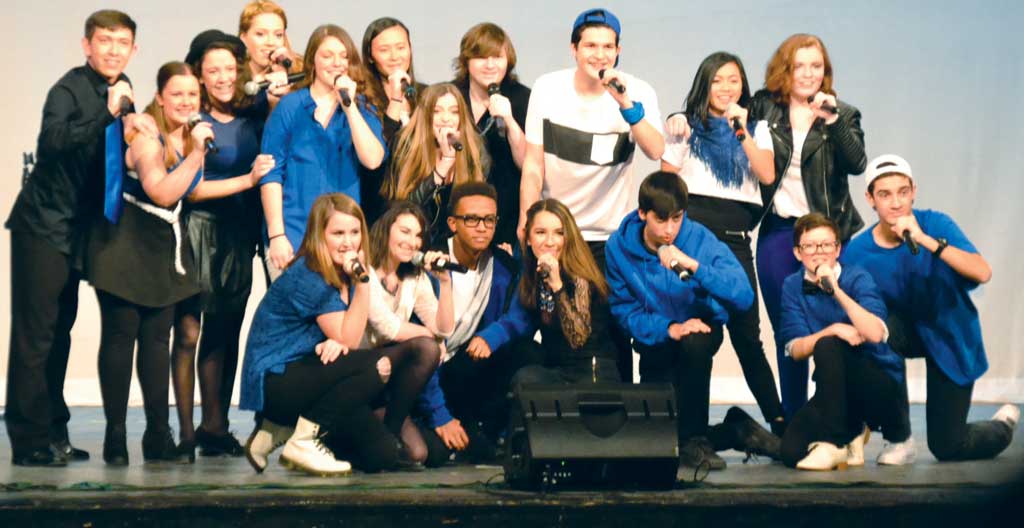 HOWELL – There are so many talented individuals at Howell High School that over the years educators have added musical groups in order to give as many students as possible a chance to shine.

In January, the co-ed group Rebel Yell and the all-girls group Rebelation participated in the Varsity Vocals International Championship of High School A Cappella (ICHSA) national quarterfinal round.

Joe Cantaffa, the director of Rebel Yell, Rebelation and The Rebelettes, and the instructor of Entertainment Technology for Music and Production Manager, said what he watched that evening “was profound. It was actually emotional.”

ICHSA is the only international a cappella competition to showcase student a cappella groups and provide singers with the opportunity to interact and compete. Rebel Yell and Rebelation were invited to compete after passing a video submission round.

“Out of those hundreds of school submissions from across the country, several dozen were selected to get to the quarterfinals. We got a lovely email for each group which said, ‘Congratulations, you are some of the best in the country and you are competing in the Mid-Atlantic Region Quarterfinals,’ ” Cantaffa said.

Although neither Howell squad was victorious that evening, Cantaffa said he had never been more proud of his students.

“Regardless of the score, there is nobody who was there who could argue the fact that at the end of both of their sets, they by far got the best audience reaction. So it is a little disappointing that we didn’t impress all five judges, but I will take the standing up and cheering reaction of 895 people who paid to see them vs. five people with a pen and a piece of paper any day,” Cantaffa said.

“It was one of the best experiences of my life. It was so much fun to be up there with my closest friends, to perform and to give everything we had. Even though we did not place it really doesn’t matter because I had so much fun and I made so many great memories that I will never forget. It was an amazing experience I will cherish forever,” the young man said.

Rebelation member Dana Shafranek said, “We worked really hard for at least six months and it was gratifying to see all the hard work pay off on stage and the feeling that we got just knowing we did our best. It was so much fun.”

Rebel Yell member Joe Grisanzio offered some insight when he said, “I think that while it would have been great if we won, it was a learning experience that we didn’t (win) because we realized that even though we didn’t win, we still were closer than we ever were performing in a competition and whether or not we advanced in the competition didn’t really make a difference,” Grisanzio said.

The members of Howell’s performing groups take pride in going into the community and entertaining others. Howell’s students have performed at an assisted living facility, at CentraState Medical Center in Freehold Township, at Bryant Park in New York, at a Christmas tree lighting in Freehold Borough, at an adult community, at the Howell Library, and more.

Rebel Yell traces its beginnings at Howell High School to 2002 when Cantaffa was put on the spot to arrange for students to sing “The Star-Spangled Banner” at a football game.

Cantaffa said he told an administrator, ” ‘It’s my second day of school. I don’t know anyone and it’s tonight.’ And she said, ‘well, you have to figure it out. Use the kids in your homeroom.’ So we ordered pizza and kept everybody after school and I put together the national anthem, our own version of it. And we sang at the football game and it worked well and it stuck and we started to add songs and little by little that was the beginning of Rebel Yell.

“Rebel Yell was one of only two or three high school groups in the state so we got noticed by the International Championship of Collegiate A Cappella (ICCA), which is the college competition, and they had Rebel Yell perform at the next exhibition at the college event because they thought it was cool that high school kids were doing that. Little by little, as other high schools got their own groups, that turned into the ICHSA,” he said. “Rebel Yell was one of the pioneering high school groups for this whole movement of high schools. Rebelation was our all-girl group that we started in 2010.”

Rebel Yell member Caroline Laberdee said, “Honestly, I just don’t want it to end, and going into next year, knowing that I get to have this opportunity all over again with a lot of the same people, I am really looking forward to it; just building the relationships I already have and making new ones with incoming freshman or incoming members.”

Pedestrian injured on Route 9 in Marlboro