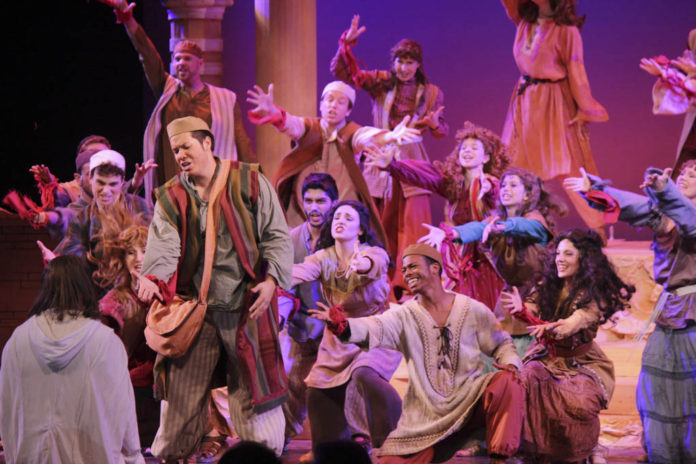 The competitive 2015 BroadwayWorld New Jersey Regional Awards honored productions that opened between October 2014 and September 2015. Nominations were reader-submitted and after the nomination period ended, BroadwayWorld’s local editors proofed the list for eligibility and errors. Voting ran through Dec. 31.

“To be recognized alongside New Jersey theater greats like the Paper Mill Playhouse  (Millburn) and the New Jersey Repertory Company (Long Branch) is an honor for Plays-in-the-Park and all of Middlesex County,” said Middlesex County Freeholder Director Ronald G. Rios. “I look forward every year to seeing what the producers, directors, actors and technicians have in store for us. They always strive for excellence in each of their productions, and I witnessed this first hand at ‘Jesus Christ Superstar,’ ‘Young Frankenstein’ and ‘Oklahoma!’ this past year. My fellow freeholders and I are proud to see all their hard work and that effort recognized.”

Produced by Gary P. Cohen, the revolutionary rock opera was performed June 29-Aug. 8 at the Stephen J. Capestro Theater in the county’s Roosevelt Park in Edison.

It starred Matt DeMarco as Jesus Christ and Timothy Walton as Judas Iscariot. Dana Simone played the conflicted Mary Magdalene and Matt Burns played Pontius Pilate. Others featured in the cast included Gregory Newton as Caiaphas, Frank Andrews as Annas, and Richard Colona as King Herod. The cast of 29 was directed by John Menter, choreographed by Samantha Hahn, and musically directed by Mark Baron.

“Plays-in-the-Park continues to be a special tradition in Middlesex County, and it’s wonderful to see their accomplishments recognized by the world of professional theater,” said Freeholder Charles E. Tomaro, chair of the Infrastructure Management Committee. “I know they will continue to give us quality productions for many years to come, and continue to enrich the lives of all our county’s residents and visitors.”