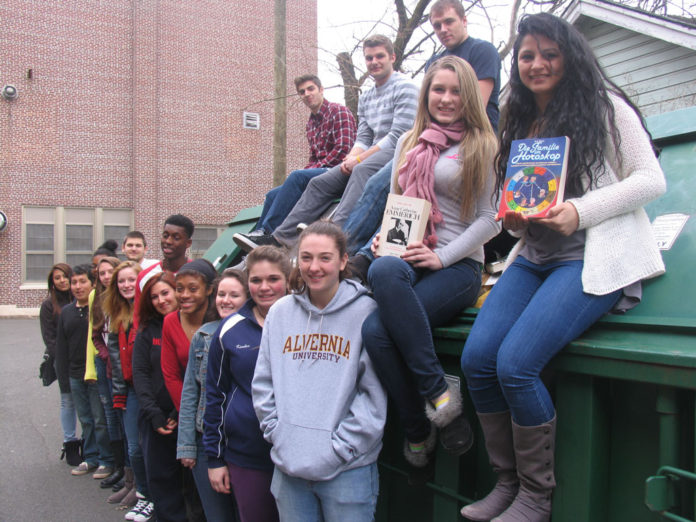 Division Manager Ed Windas confirmed this week that the MCIA’s book recycling program took in its largest recorded tonnage in 2015.

In total, last year’s program was responsible for recycling 28.2 tons of mixed paper, along with paperback and hardcover books – a 6-ton increase from the prior 2012 record, Windas said.

This latest announcement comes on the heels of the New Jersey Department of Environmental Protection naming Middlesex the No. 1 recycling county in the state for the second year in a row.

“We are always trying to set a higher bar, even for ourselves,” Windas said. “Now in its 10th year, our book recycling program was one of the first in the state.”

Since its inception, it’s been the catalyst behind approximately 160.3 tons of recycled school refuse.

“Roosevelt and Mauger were newcomers to our program and made a significant impact on this year’s numbers,” Windas said. “While many of our participants are returning recyclers, there is still a lengthy list of schools that have yet to sign on with our program. We’d love to recruit more in the coming year.”

As for the process, it starts with school administrators, who must first contact the MCIA’s Recycling Division and request the designated dumpster. District staff might then be able to pore over their unused books or paper scraps and use the container for their disposal.

Schools may request the dumpster for up to two months, depending on the demand, before the MCIA’s subcontractor will haul the container and its contents away.

“It’s a free program. It’s great for the environment and educators might even utilize this as a teaching tool to highlight the importance of recycling,” said Middlesex County Freeholder Deputy Director Carol Bellante, an MCIA liaison.

For more information or to participate in the MCIA’s School Book Recycling Program, call 1-800-488-6242.

From Colts to Tigers: Two members of Middlesex College Class of 2022 are Princeton-bound