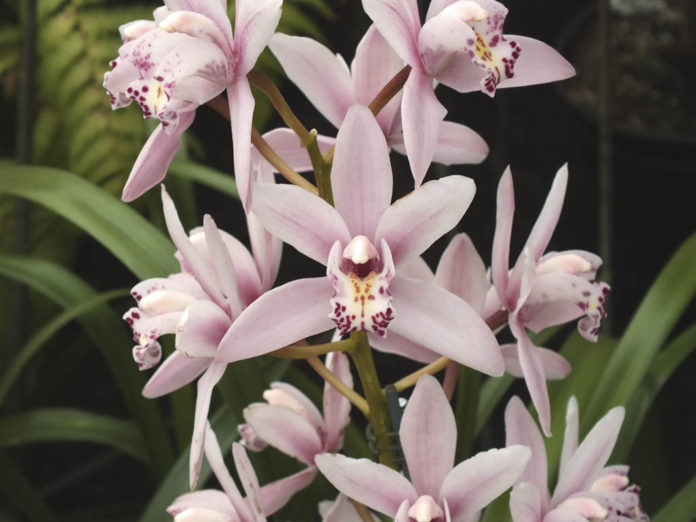 RED BANK — For many families in Monmouth County, the free/subsidized lunch children receive during school is sometimes their main and only meal of the day, according to local officials.

What happens though when they are not in school or are just feeling hungry because they do not have full meals at home?

One local nonprofit is working to answer these questions.

“It is hard to believe that lunch is the best meal of the day for these kids,” said Suzanne Dice, founder of The Backpack Crew. “You never think that it is your own community, that it could be your neighbors.”

The idea for The Backpack Crew came a year after superstorm Sandy when Dice was listening to a local teacher talk about her school and how there were families still struggling to get by.

“My husband and I always wanted to start a program and we talked about it, but it was always just something [to do] down the road,” Dice said.

“This woman was basically asking for prayers for her school and the families who were still trying to get back on their feet from Sandy, and when I heard this story, I was so moved and just felt like we needed to do something.”

Cindy Squassoni, a member of The Backpack Crew team, said she feels after the storm all that was discussed were problems residents were having with insurance companies or other issues.

“I don’t think anyone really heard about the long-term impact that [the storm] had on these families, these people who lost their jobs because of it, who were never homeless before that suddenly were and who could provide for their family beforehand but couldn’t anymore,” said Squassoni. “It was new for them and I think this teacher brought all of that to the conversation.”

Based out of The United Methodist Church of Red Bank at 247 Broad St., The Backpack Crew was founded in October 2013 and is dedicated to delivering weekend groceries to families in need and raising awareness about childhood hunger.

Here is how it works. Families are assigned their own backpack, which is delivered to the school each Friday filled with groceries such as macaroni and cheese, canned vegetables, oatmeal packets, granola bars, peanut butter and fruit cups. In the backpack is two days’ worth of breakfast, lunch, dinner and snacks. The backpack is then returned to the school on Monday to be refilled.

“We have limited space in those backpacks but we make the most out of it and jam as much as we can into those bags,” Dice said.

After starting out with one school, The Backpack Crew has expanded to feed families in five different schools throughout Red Bank, Middletown and Highlands.

“When we were designing this program with the first school nurse, our main number one goal was to keep it private for the families,” Dice said. “We wanted families to feel comfortable in accepting the help. I don’t know any of the families or their names. We know how many adults and children are assigned to each bag since every bag has a number, so we know how many to pack for, but we drop off the bags to the nurse and that is where it ends for us.”

Dice said after the first few weeks of delivering, the nonprofit found out that the children were so excited about bringing this food home to their parents that they were unzipping the bags and showing the food off to their friends.

“We never realized that we were going to be able to empower these kids,” she said. “They are doing something to help their mom and dad, and hearing how excited they are, just blows me away and it keeps us going and makes it all worth it and see that it is truly needed.”

“It is okay to ask for help. It breaks my heart to think that there are people out there that really could use our help but they are ashamed or embarrassed.”

Squassoni said she is excited to see how proud the children were to be able to contribute to their family and would love for the nonprofit to be able to take on more schools in the future.

“People from other schools are already calling and I think it would be great to handle more schools,” she said. “I think every single school needs something whether it is for four kids or twenty.”

Squassoni added that The Backpack Crew does provide meals for families throughout the summer as well.

After starting out in the basement of her home, Dice said she credits the individuals, organizations and anyone who gives freely of their time, resources and energy to keeping the nonprofit going and growing.

“I think it is really important for people to realize that we got it going, we started it, but we could not keep it going without the community and we just have had [an] amazing response from all over the place and I feel like every time we were faced with taking on another school or another emergency situation, the community stepped up with us and kept us growing,” she said. “I want to make sure that people realize the power of what of a community can do working together.

“I love when people jump in and are creative and turn giving into something fun and [are] thinking outside the box. People really get into it and that is amazing.”

The Backpack Crew will hold their first annual “You Make the Difference Fundraiser” on March 5 to honor those who have made the nonprofit what it is today.

“It started out in [a] basement, but I think it is amazing how the community has come together to help this organization grow,” Squassoni said. “People have caught on and have helped in unique ways.”