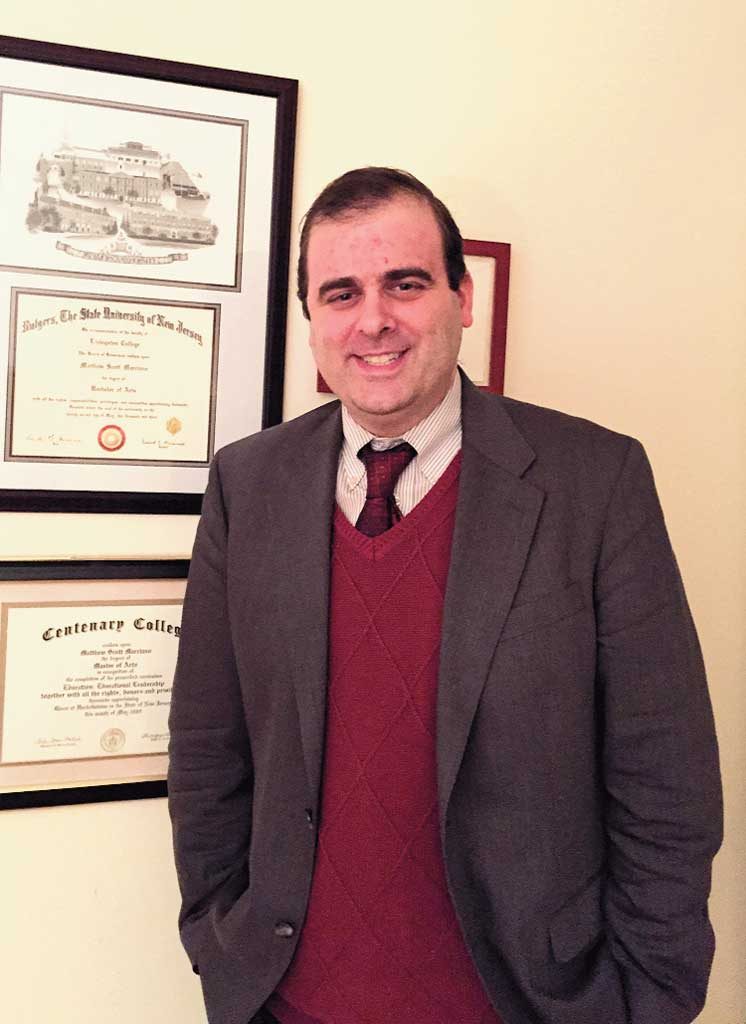 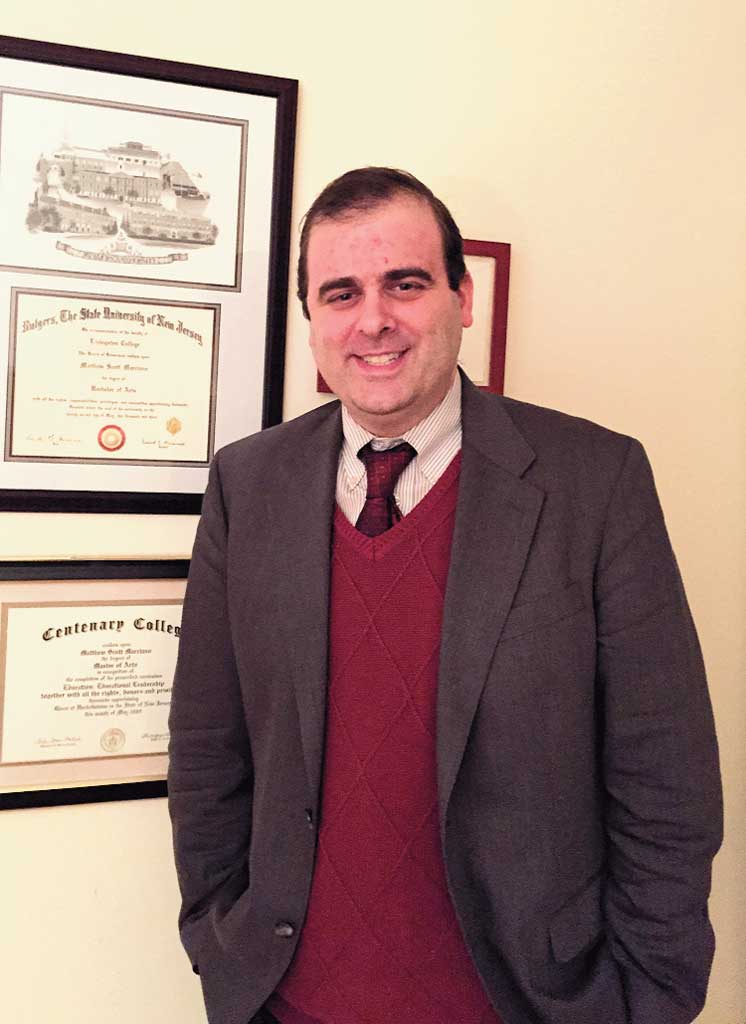 Matthew Marciano, a 35-year-old teacher at Long Valley Middle School in Washington Township, lives in a world of scores: the scores his eighth-grade social studies students will give him, the scores they will get on their tests, his golf score — and now the A+++ score he got in his recovery from brain tumor surgery.

Marciano, who survived childhood leukemia and lives in Hackettstown, began noticing spots in his vision. He went to his ophthalmologist and left with a normal report. He then began experiencing tinnitus in his right ear, migraines, fatigue and personality changes, but had no idea why.

When he visited his primary care doctor, Dr. Keri Ingrassia-Squiers with Hackettstown Medical PCP, in May, she immediately ordered an MRI scan. The MRI revealed Marciano had a large tumor in his brain that was half the size of his head. It had grown into the bottom of his skull, around his eyes and into his nose. His doctor was hopeful it wasn’t cancerous, but she didn’t know for sure.

She immediately contacted Dr. Yaron Moshel, a neurosurgeon at Atlantic NeuroSurgical Specialists who specializes in complex brain tumor surgery. She scheduled him to see Dr. Moshel the next day.

“I went to see Dr. Moshel with my parents and my sister,” Matthew describes. “His caring manner — combined with his assurance that the tumor was not cancerous — gave us instant relief. But, the tumor had to be removed — and quickly as I was losing vision.

“Dr. Moshel scheduled my surgery immediately,” Marciano continues. “He told us that if it wasn’t taken out right away, I risked further loss of vision in my right eye.”

Marciano was in the operating room in Overlook Hospital within the next few days. It was the July 4 holiday weekend, and everyone including Dr. Moshel was supposed to be off with their families. But Dr. Moshel made special arrangements to bring in the dedicated neurosurgical operating room team for the surgery. He knew the surgery would be complicated and take hours … and he wanted the A-team there to help him.

Using an advanced technique to ensure there was minimal impact to Marciano’s brain, Dr. Moshel performed the surgery by unroofing his eye socket and the base of the skull. The operation took 12 hours.

“With the challenging tumor Matthew had, we needed to tailor the operation and avoid damage to his brain at all costs,” Dr. Moshel details. “By removing the bone of the eye socket and the base of the skull, we were able to look under his brain without really manipulating it. This seems very aggressive, but it’s actually much less invasive to the brain — which is what counts.

“The bones of the eye and face can be put right back together like pieces of a puzzle at the end of the operation,” Dr. Moshel continued. “To further protect Matthew’s brain, we did the entire operation from one side. It was a very large tumor to remove this way, but we didn’t want to risk damage to both sides of his brain. This was critical considering his young age and how active and intelligent he is.”

The surgery was a success. An MRI the day after revealed that Marciano’s brain was not damaged and the entire tumor had been removed. There was no trauma or negative impact to his vision, hearing, speech or overall functioning. That inspired Marciano to press for a fast recovery with a very specific goal in mind — to be in his classroom the day the fall semester started on Sept. 2.

Marciano immediately started on the course to recovery through physical and occupational therapy. That included two weeks of inpatient and one month of outpatient rehab. He regained his energy, feels great and has no after effects. He was back to driving and normal life one month after the surgery … playing golf and preparing for Sept. 2.

“I credit a great deal of my recovery and good health to Dr. Moshel,” Marciano contends. “He inspired me. His caring, compassionate manner and positive attitude were contagious. Combine that with the support of my family, friends and colleagues — and my students as my inspiration — and there was no possibility I wouldn’t be in my classroom for the opening bell.”

And he was. He wasn’t only there, he was prepared to take on a new grade as he switched from sixth to eighth this year.

“It’s working out really well,” Marciano concludes. “The kids are great. I love the challenge of teaching a new grade. I learn with the students. I feel great, and I’m poised for a wonderful year — a year filled with inspiration … something Dr. Moshel has asked me to give back. That’s the least I can do for him!”