By Amy Batista, Special Writer
HIGHTSTOWN – Despite concerns raised by some resident, borough council unanimously passed the introduction of an ordinance – replacing and amending its current ordinance – to re-establish the title of chief of police during its council meeting on Feb. 1.
“This ordinance will re-establish the position of chief of police and will repeal the position of police director,” said Borough Attorney Frederick Raffetto.
He said that the ordinance was been updated based on recommendations by Elizabeth Garcia, the borough’s labor counsel.
According to the ordinance, the chief of police shall be the executive head of the department, and shall have complete authority regarding the day-to-day operations of the police department. The chief shall consult and cooperate with the borough administrator, as appropriate authority.
Ms. Garcia was present at the meeting and available for questions raised by council over the changes in the ordinance.
Council member Steven Misiura raised some of the same concerns he raised last meeting.
“It was an issue I raised at the last meeting whether it would be worthwhile since we had a chief of police before and changed it to a police director,” said Mr. Misiura. “Now we are considering changing it back to a police chief. Would it make sense to have on the books both positions so that it’s up to the discretion of whatever council is sitting on whatever circumstances to decide whether they want a police chief or a police director?”
Ms. Garcia said the council could do that, but that she didn’t recommend that it be done that way.
“It will confuse a lot of the procedural aspects of the department,” she said. “A lot of the powers that the chief has will overlap with the director and it can get extremely confusing in dealing with those issues as to who has what authority and if there is ever a challenge to it gets confusing with procedure.”
Ms. Garcia suggested it would be easy to return to a director’s position.
“If you ever decide to go back to a director, that’s pretty easy to change and you can distinguish who is going to be the officer in charge in the department,” she said, adding a different title could be created at that point.
She said that under the law, the chief is permitted to issue and administer all discipline.
“With a director’s position, they don’t have too much of a say in what is issued,” she said. “They can bring it to your attention but it still comes from somebody above.”
Ms. Garcia said just because the council is bringing in the position of the chief doesn’t mean that the borough necessarily needs to fill it and that they can’t do away with it later on.
“Many of us have asked you if or when you would fill the vacancy of the police director,” said resident Doug Mair, adding that he had provided them with the very ordinance that instructs them to fill that vacancy. He said yet they ignored him and the rest of the residents.
“Now we know why,” he said. “It was never your intentions to go back to a police director and the misleading way that you did only furthers the mistrust the residents have for you.”
Mr. Mair said that for purposes of accountability, honesty, and integrity the selection of a new chief must come from a pool of candidates, not from the department or from the surrounding municipalities.
Resident and former council member Lynne Woods raised concerns as well.
“It’s my understanding if you are hiring a chief of police, which we went through a lot of discussion on whether to go with a public safety director or chief,” she said. “I remember Ms. (Susan) Bluth saying that a public safety director is not the way to go and you need to go back with the chief of police.”
She said that she did not quite understand that.
“If you choose a chief it is my understanding that it would have to come from within the police department,” she said. “Is that correct or incorrect?”
Mayor Larry Quattrone said the hire has to come from the borough.
According to the ordinance, some of the qualifications of a chief of police include 10 years of police experience as a member of the department or force, including supervisory experience and residence within the State of New Jersey and within a radius of 15 miles of the borough police headquarters.
“I’ve already heard, and we all know from experience, that you have already made your decision,” said Ms. Woods. “The egg is going to come back on your face. I hope that people will take a little more time to think about exactly what you are doing.”
She said that this “lieutenant (Frank Gendron) has already cost taxpayers $24,000 to $30,000 on false charges.”
“Let’s say charges that were unfounded against one of his police officers (Frank Marchione) and we’re not even done yet,” she said. “There’s still an appeal pending, so I would hope that you would at least wait until you had the result of the appeal before you considered this person chief of police.”
Mercer County Prosecutor’s Office Spokesperson Casey DeBlasio said that recent complaints filed by one individual against Lt. Gendron have been investigated and deemed completely unsupported by any credible evidence.
“The investigating officer’s report is expected to be completed in the next week, at which time Lt. Gendron will be completely exonerated of any wrongdoing,” she said in an email on Tuesday.
The public hearing on the ordinance is set for Feb. 16 at 7:30 p.m. at the Hightstown First Aid Building. 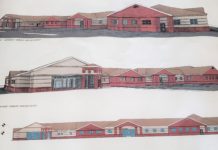 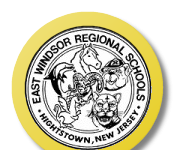