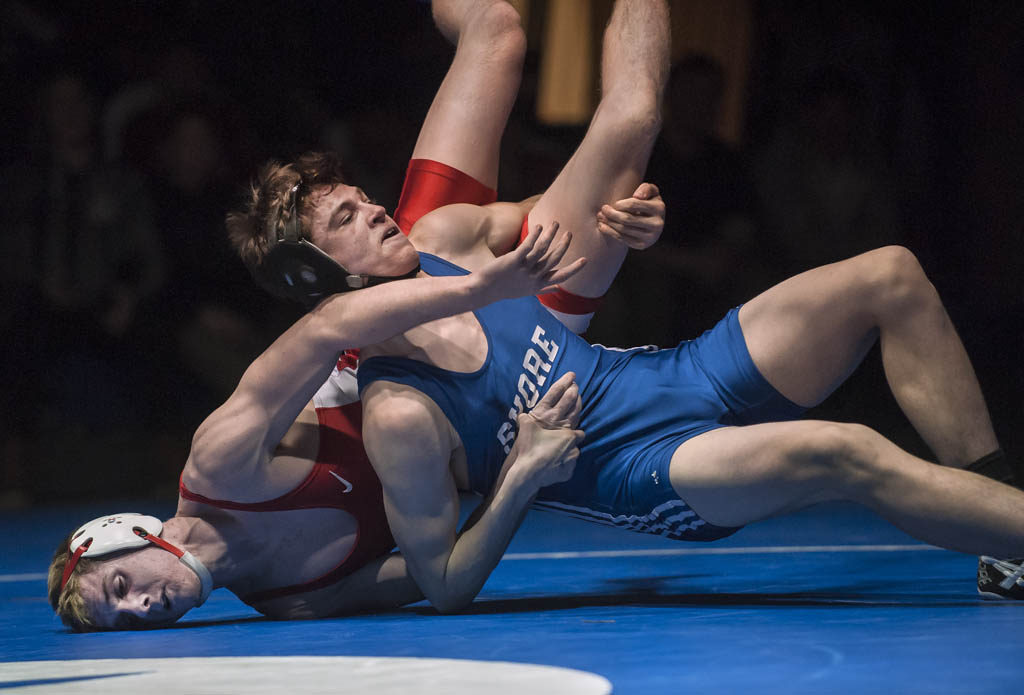 The Colts edged Long Branch High School for the District 22 team title, amassing 187 points to the Green Wave’s 184. Middletown North followed in third place with 135 points. Raritan was close behind at 128 points.

CBA’s Russ Witt was named Coach of the Year after the District 22 championship. The Colts also won the Shore Conference Tournament and shared the Class A North Division title in what has been the program’s finest season.

Thanks to Russell Benson, Raritan has now gone home from districts with at least one champion for 14 straight years. Benson (126) pinned Red Bank Regional’s Adel Soliman in the title round.

The award for Most Outstanding Wrestler went to Dave Tieto. The Ocean Township High School senior toppled CBA’s Koehler, the No. 1 seed and defending champion at 120 pounds, by a score of 9-4.

Ocean Township had a strong showing overall, as T.J. Saldutti earned the gold medal at 170 pounds and undefeated sophomore Jake Benner (132) won his second title in as many years. Benner won a major decision over Long Branch’s T.J. Conlon. Saldutti defeated Thomas Anderson of Middletown North. As a team, the Spartans grabbed fifth place with 106.5 points.

The top three wrestlers in each weight class advanced to the Region 6 tournament at Pine Belt Arena in Toms River. The tournament began with early rounds Feb. 24. Wrestling will continue Feb. 26-27.

The top three at the region tournament advance to Atlantic City’s Boardwalk Hall for the state individual championships March 4-6.