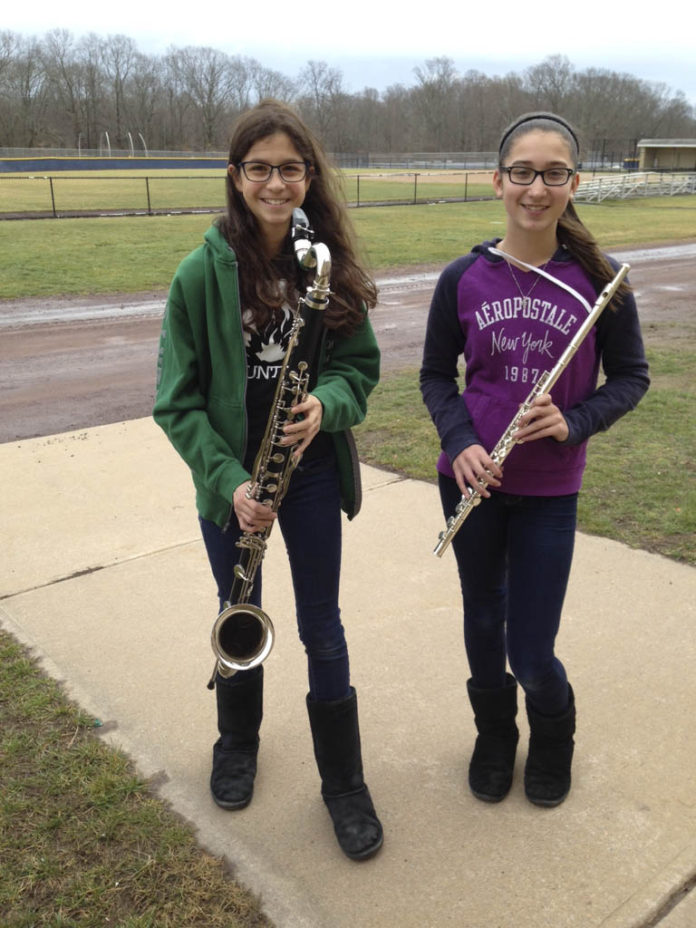 PLUMSTED – New Egypt Middle School pupils Antonietta (Netty) DiDonato and Grace Dreher auditioned for and won seats in the Region III, All South Jersey Band, according to a press release from the Plumsted Township School District.

At the audition, each musician had to perform a challenging solo, scales and sight-reading.

Region III encompasses the area of New Jersey south of Interstate 195. The South Jersey Band and Orchestra Directors Association that sponsors the Region III band has been in existence since 1946 and has exposed young musicians to great conductors, challenging music and the highest level of performance, according to the press release.

In other news from the Plumsted Township School District, the second annual MS Warriors Free-Throw-A-Thon will be held at New Egypt Middle School from 10 a.m. to 4 p.m. Feb. 27.

New Egypt High School sophomore Quinn Kimmick is hosting the event to raise funds for his Walk MS Team, which will participate in a walk at Veterans Park, Hamilton Township, on April 17 to benefit the Multiple Sclerosis New Jersey Metro Chapter.