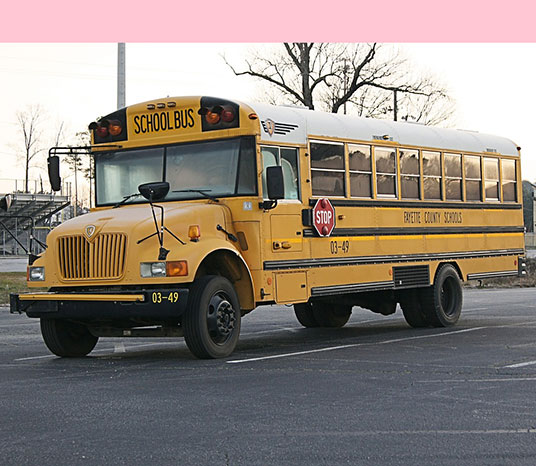 HOWELL – In the wake of an incident at Howell Middle School North that saw two pupils taken into police custody, educators in the Howell K-8 School District are reminding children that what they say carries weight and consequences.

Two students at Howell Middle School North, Squankum-Yellowbrook Road, were taken into custody on the morning of Jan. 26 after building administrators learned of threatening comments that had been made by text messages regarding an alleged shooting that might take place at the school.

Police responded to the school and ascertained there was no threat to the building or to any individuals. In the weeks since, representatives of the Howell Police Department and Howell school district officials have continued to review what occurred and they have taken action to try to ensure no similar incidents occur in the future.

“In the morning before school (which had a delayed opening due to the weather), two male students were discussing shooting students at the school in a conversation that the investigation revealed was an absolutely horrible attempt at humor. To say the students used poor judgment is a gross understatement. The students were removed for approximately two to three hours while an investigation was conducted. The threats allegedly began out of boredom,” Antunez said. “The case has been referred to the Monmouth County Prosecutor’s Office for review.”

Superintendent of Schools Joseph Isola said middle school administrators were made aware of the text messages in a phone call that came from a parent.

“The school administration notified my office as well as the police. I spoke directly with the police chief and we both put our safety plans into effect. We safeguarded the children the best way we could to make sure that whether or not the threat was credible … there were no students or staff in harm’s way,” Isola said.

On Jan. 27, middle school staff members and representatives of the police department reviewed their actions of the previous day.

“We did debrief with the police department and they critiqued us and we shared our feelings about their actions relative to a school community and we were both extremely pleased with the partnership and the cooperation throughout that process (and) throughout the incident,” Isola said. “It was deemed that the school’s response was not only appropriate, but commended by the police chief and his staff.”

Isola said the two students responsible for the threatening text messages have been disciplined, but he said the nature of the discipline is confidential.

“I think the important takeaway when something like this happens is that youngsters, students, school-aged individuals, need to recognize there is always a digital footprint. Words matter,” the superintendent said. “As a result of this (incident) … we did an educational program with every student in the school.

“We went to every grade level and had assemblies (and) partnered with the police department so we could try to further reinforce and educate the student body about choices they make when they are on social media and digital platforms, so they do not find themselves in a situation that some of their classmates found themselves in.

“We constantly talk to the kids about the proper use of social media and no matter how much we do on it, it seems like somebody is always going to push that envelope. So we take these opportunities to further reinforce and advance the education of youngsters in this area,” Isola said. “The same would be true if we had a rash of bullying or biased behavior, which we have not had, but that would be the opportunity to further highlight and emphasize the importance of good behavior in those areas. So this was that opportunity.”

As he did in the immediate aftermath of the Jan. 26 incident, Isola once again commended the middle school staff members and the police officers for their effective management of student safety at the time of the event.