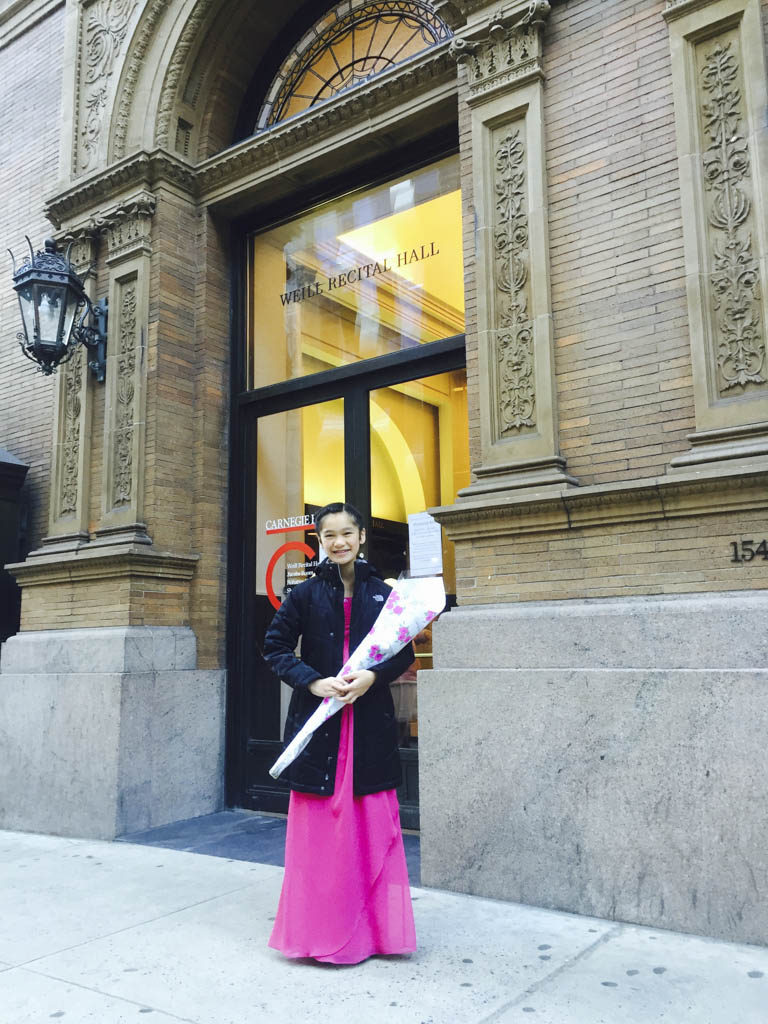 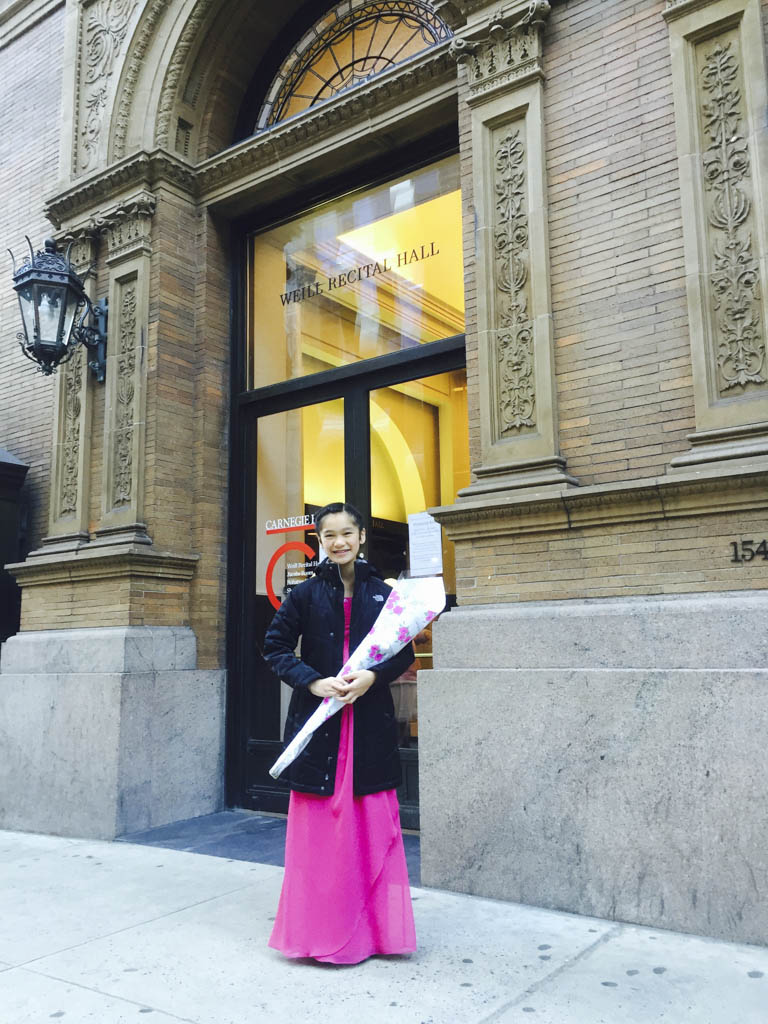 SOUTH BRUNSWICK – Two outstanding young musicians from South Brunswick got the opportunity of a lifetime by performing at Carnegie Hall.

Thirteen-year-old Nina Austria won a National Gold Medal for scoring the top mark in the country on the Level 5 Piano Assessment of The Royal Conservatory Music Development Program.

Nina, a student at the Stuart Country Day School in Princeton, was recognized for her achievement at a recital and award ceremony on Feb. 20. She performed three solo Romanian folk pieces by composer Bela Bartok after preparing for a few months leading up to the concert.

“Music is a way for me to express myself and relax after a long day,” the eighth grader said. “It was so much fun. It was an amazing experience I know I will never forget.

Nina has been playing the piano since second grade, inspired by the works of composers Beethoven, W.C. Handy and Franz Schubert.

She takes music lessons with Marvin Blickenstaff at The New School for Music Study, a Music Development Program Founding School. She performed at Carnegie Hall three years ago at the recommendation of her teacher at the time.

The South Brunswick High School sophomore started taking vocal lessons in the first grade. He also plays the viola and used to play the piano and drums.

He dedicated his performance of “Moon Song” to his late piano teacher, Gary Madison, who passed away last May – and who had introduced him to the Royal Conservatory, practicing an hour per week for half a year – as well as his current teacher, Chris Hodson.

Calling Carnegie Hall a goal of his, Vivek said “I never imagined getting there, especially so soon.”

“It was great. It was a great experience,” he said. “It was great to see all the musical talent there.”

Since Vivek has food allergies and cannot volunteer at a soup kitchen or food pantry, he said he instead chooses to use his musical talents to help others.

National Gold Medals are awarded each academic year (Sept. 1 to Aug. 31) to Music Development Program students in Preparatory A and B and Levels 1 to 10 who achieve the highest standard of excellence in the United States. Eligible candidates must score at least 80 percent on their assessment and must have completed the co-requisite theory requirements for their respective level and discipline. Sixty-nine students earned National Gold Medals this year, eight of whom are from New Jersey.