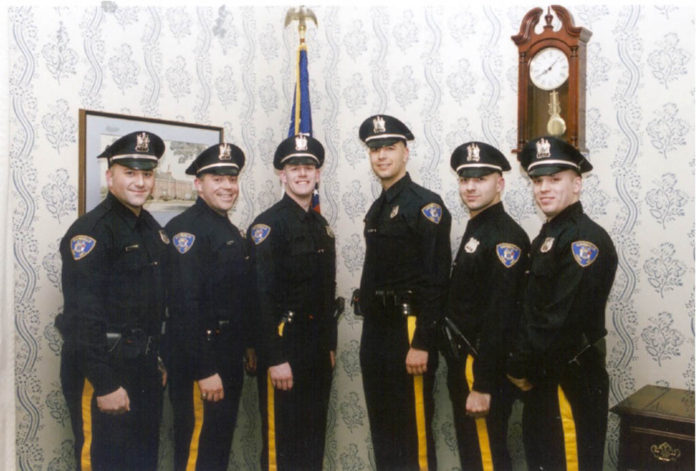 SAYREVILLE — Authorities have released little detail surrounding the death of a Sayreville police officer, who was found with fatal “gunshot wounds” in the parking lot of the closed Amboy Cinemas at the intersection of Route 9 and Route 35 Monday morning.

Middlesex County Prosecutor Andrew Carey said Sayreville police responded to a call around 7:15 a.m. on March 21 to the parking lot of the abandoned movie theater and found one male, an off-duty Sayreville police officer, with gunshot wounds.

Authorities from neither the Middlesex County Prosecutor’s Office nor Sayreville Mayor Kennedy O’Brien’s office would confirm the identity of the officer as of press time.

“The cause of death has yet to be determined, but it appeared the officer suffered one or more gunshot wounds,” according to a release by Jim O’Neill, public information officer for the Middlesex County Prosecutor’s Office. The results of an autopsy by the Middlesex County Medical Examiner’s Office were not immediately available.

O’Neill said no further details would be released as of March 22.

Carey, along with Sayreville Police Chief John Zebrowski and Gerard McAleer, chief of county detectives, addressed the throng of media in the parking lot where the incident occurred on March 21.

“The Middlesex County Prosecutor’s Office is leading the investigation along with the Sayreville Police Department,” Carey said.

Investigators from the prosecutor’s office and Sayreville Police Department were on scene near the entrance of the movie theater for hours. Officials from the Sayreville Fire Department also came to the scene.

Crime scene tape was wrapped around utility poles in the front of the theater, which has been closed since 2005.

A call to the Sayreville Police Department was not returned.

An investigation into the shooting is being conducted by Detective Wayne Canastra of the prosecutor’s office.

The investigation is active and is continuing. Anyone with information is asked to call Detective Canastra at 732-745-3809.