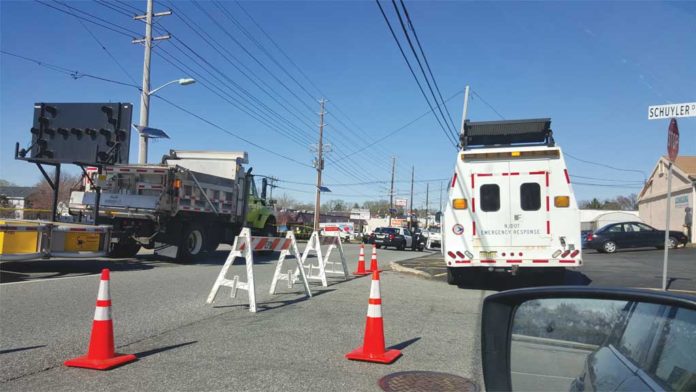 EDISON — The investigation is ongoing into a three motor vehicle crash on Route 27 near the H Mart shopping plaza that claimed the life of a 33-year-old township man and injured another man.

The crash occurred around 1:47 p.m. on April 5, according to a press release by Middlesex County Prosecutor Andrew C. Carey and Edison Police Chief Thomas Bryan.

The crash caused the closure of both lanes of traffic for more than two hours.

Through an investigation by Detective Loren Long of the Edison Police Department and Detective Donald Heck of the Middlesex County Prosecutor’s Office, it was determined that the driver of a U-Haul rental box truck was heading north on Route 27 when it crossed into on-coming traffic.

The box truck side-swiped a 1999 Ford Explorer. The driver of the Explorer was injured, but declined medical treatment, according to police.

The box truck then continued on the wrong side of the road and crashed head-on into a 1997 Pontiac Grand Am, pushing the vehicle about 100 feet before stopping at the Division Street intersection, police said.

The Pontiac was driven by Marcus Scroggins, who was pronounced dead at the scene.

The investigation is active and is continuing. Anyone with information is asked to call Detective Long of the Edison Police Department at 732-248-7400, or Detective Heck of the Middlesex County Prosecutor’s Office at 732-745-3300.