Elks salute East Brunswick patrolman as ‘Citizen of the Year’ 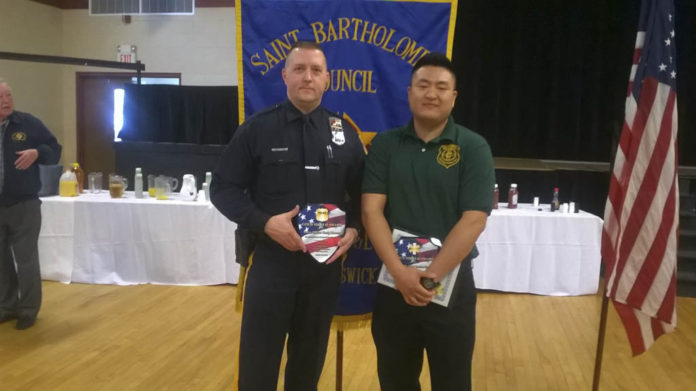 EAST BRUNSWICK — A township police officer has been recognized as the “Citizen of the Year” by the East Brunswick Elks Lodge No. 2370.

Patrolman Craig Hoover is a veteran of the U.S. Marine Corps, where he was selected as Marine of the Year in 1995. He achieved the rank of sergeant during his military service while receiving several commendations and awards.

Hoover holds a Bachelor of Science degree in administration of justice from American Public University, where he graduated with high honors.

As a member of the Community Policing Unit of the East Brunswick Police Department, “Hoover’s initiative and strong work ethic have been used to develop numerous community initiatives in an effort to enhance cooperation and outreach to the residents of East Brunswick,” according to a statement released by the Elks. He is the departmental liaison to the township’s Police Chaplain Program, Human Relations Council, Municipal Drug Alliance and Neighborhood Watch Program. He also participates in the training of staff, recruitment, internships and community presentations.

He is an active member of PBA Local 145 and American Legion Joyce Kilmer Post 25.

He has served his church in an elected three-year term to the vestry, was head of the Property Committee and acted as project manager on a four-year historic restoration project.

He is a husband and father of two teenage daughters.