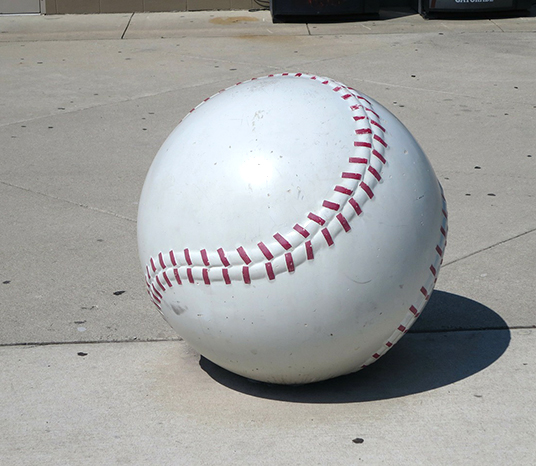 The Lancers underwent a roster makeover after their 25-2 campaign in 2015. The team lost the offensive production of Erica Krumbine, Claire Stefanelli and Jessica Carlucci. Standout pitcher Ashley Ventura, who also excelled as a hitter, was another member of the graduating class. But the Lancers reloaded with new talent to accompany a veteran corps that includes star left fielder Helena Coppola, who batted .421 last season.

Replacing Ventura in the circle is Demi Rivera. The junior played a big role in St. John Vianney’s first week of the season, holding down a couple Shore Conference Class A Central rivals while helping her own cause at the plate.

Rivera threw a two-hitter and slugged a two-run blast to propel the Lancers over Robbinsville High School, 6-0, in an invitational hosted by Immaculate Heart Academy April 10. Two days earlier, Rivera allowed just one run on three hits and struck out 11 in a divisional win over Manasquan High School. She also recorded five RBIs.

The game was tight until the top of the sixth inning, when the Lancers sent 10 runners across the plate. Coppola got the inning started with a two-run single, fueling the rally that led St. John Vianney to a 14-1 victory.

The Lancers opened the spring with a 5-0 win over Red Bank Catholic High School, which managed only four hits off Rivera. St. John Vianney followed up with a 10-0 rout over Holmdel High School, an A Central rival, as Rivera tossed a five-inning no-hitter.

After watching her team’s early success, head coach Kim Lombardi believes the Lancers are ready to face any opponent.

“I think we’ll be competitive and be in every game. We have to play our best defense and always bring our offense, but I think the girls are prepared,” Lombardi said.

One of St. John Vianney’s main thumpers in the lineup is The College of New Jersey-bound Coppola, who is one of four returning starters. The other returnees are sophomore Lindsey Baron (center field) and juniors Meg Massi (first base) and Gianna Mavica (third base). New to the starting lineup are senior Anne Manganiello (infield) and sophomore Shelli Rivard (shortstop). The Lancers also have two key freshmen playing varsity this season: second baseman Alexis Agrapides and catcher Ally Jones, who verbally committed to Fordham University.

This season’s roster reflects the usual formula for the Shore Conference powerhouse. Despite losing big names to graduation, the Lancers have talented newcomers to fill their shoes. However, one difference this season is the makeup of the lineup.

“I had more of a power lineup last year. This year, it’s more of a singles and doubles lineup. One through 10 will be able to make contact,” Lombardi said. “I have a lot of confidence in the kids starting this year. We’re going to put the ball in play and make things happen.”

Lombardi added that success in 2016 will require more of a team effort.

“We’re not looking for one kid to get the job done. A different player at any point is going to step up this year,” she said.

St. John Vianney will look to go deeper into the postseason this year. The Lancers, who won the Monmouth County title in 2015, were eliminated from the NJSIAA tournament in the South Jersey, Non-Public A semifinals.

According to Lombardi, St. John Vianney will meet its potential if the team’s veterans and newcomers continue to learn about each other on the field.

“It’s about getting to know their teammates and knowing what they can and can’t do. Once they know how good they can be, I think they will really take off. By midseason, that’s when it all comes together,” Lombardi said.