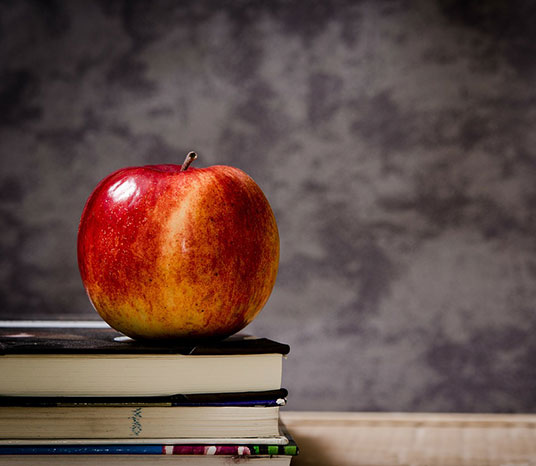 RUMSON – A local summit focused on self-reflection, fellowship and community building challenged local seventh and eighth grade students to take the first steps in their work towards equality, tolerance and global citizenship.

“[The summit is a] commitment to making our school an experience and environment and home for ideas and people who are fully inclusive, who want to embrace the world and understand everything about it,” said Jane Denney, the summit coordinator.

“Leadership begins here in Middle School because you are learning to understand the world and its complexities and you’re also developing compassion and understanding which is critical.”

Denney said talking about fellowship, community building and self-reflection is beneficial because it helps students find out who they are, what they think, what they value, and who they hope to be.

“What we discover is that there is more that we share, more that connects us than what separates us, but what separates us is a position from which we can appreciate and value the skills, talent, ability and elements of who we are that make us somebody special,” she said.

“In your uniqueness you also have an infinite number of connections that are going to link you on the same level as other people so that you can find that common ground and that common language to move forward and make this a better world.”

Along with workshops led by the United Nations Representative, Stephen Abebreseh, and Rumson Country Day School’s Dean of Student Life, Sharanya Naik, the summit welcomed Sharon Robinson, daughter of late baseball legend Jackie Robinson, to explore diversity, team building and how her father’s life and career has influenced her.

Robinson is vice chairman of the Jackie Robinson Foundation, an educational consultant for Major League Baseball and she manages “Breaking Barriers: In Sports, In Life” – a baseball-themed national character education curriculum that helps empower students to face obstacles in their lives.

“This whole discussion [about social change] has been part of my life since early on,” she said. “Social justice issues change with each generation.

“Each period, each big change you’re working on is critical to the development of a larger community.”

Robinson talked about leadership and how it starts with a person’s character.

“The development of my father as a leader was really circumstantial and based on opportunities,” she said. “My father’s army career really launched him into a leadership role and a role where he had to take a stand and defend himself and think about what his future was going to be like.”

Robinson said when her father got to the army, he was college educated and eligible for officer’s training school, but they were not admitting African Americans.

“He [eventually] became a second lieutenant, but while he was in a leadership role, he still was not able to be an effective leader because of racism essentially,” she said.

An incident on a bus where Jackie Robinson refused to move the back led him to defend himself in court.

“A leader has to stand up for their rights, but in order to stand up for your rights you have to understand them,” she said. “You have to know what is right and wrong, legal and illegal and know how to apply that to your own life … and my father knew that and showed that.”

In leadership, Robinson said sometimes you have to put pressure, create scrutiny, and still perform at a high level, which her father did when he joined Major League Baseball.

“The point of any big change, wherever it is, is that you start off with a pioneer [and] ultimately it changes for the larger public,” she said.

“You need a support system, you need a belief in what you’re doing and you need to know that it is going to affect not just yourself but other people.

“[My father] had a very strong personality, believed in equality and had fought back for himself since he was a little kid.”

When asked was it hard growing up, Robinson said she didn’t like being different but has come to understand the time period and her father better through many works of fiction and nonfiction she has written.

“I didn’t like being different and I was different everywhere I went so I was very shy when I was young and didn’t really have a voice and I didn’t know how to use my voice,” she said.

In this process of finding my voice … I’ve made a few errors … and I think the hardest part about this process and having a father who was famous, was trying to figure out who [I was] in all this.