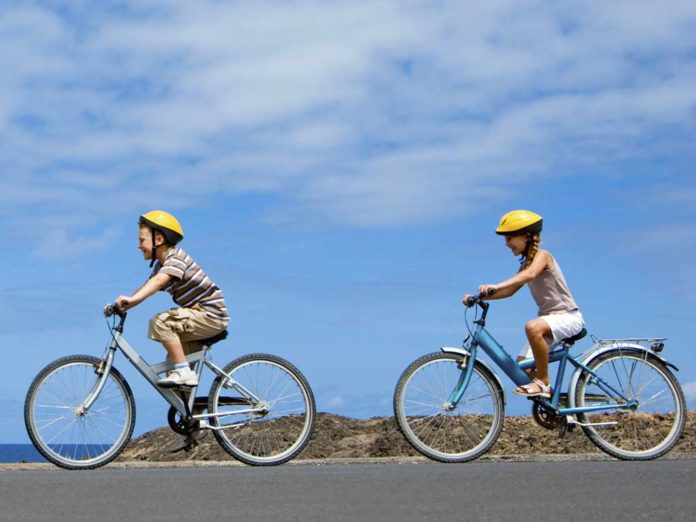 The Central Jersey Bicycle Club (CJBC) announces that its annual Farmlands Bicycle Tour, which starts and finishes in Lincroft, will take place this year on May 7. Habitat for Humanity in Monmouth County will partner with CJBC to assist with the 32nd anniversary of the annual tour, providing volunteers and information at the rest stops along the various routes.

“We are so proud to partner again with CJBC for its annual Farmlands Bicycle Tour in 2016,” said Ray Gabler, executive director, Habitat for Humanity in Monmouth County. “Last year, Farmlands helped raise substantial contributions through participants and CBJC for Habit for Humanity in Monmouth County, and we look forward to another great bicycle tour this year both for us and participants.”

Since 1984, the Farmlands Bicycle Tour has taken cyclists through several of New Jersey’s bucolic country and farm areas in Monmouth, Middlesex, Mercer, and Burlington counties, primarily along rural roads. The family-friendly ride covers six routes and is organized into 17-, 25-, 35-, 50-, 62-, and 100-mile segments.

In its early beginnings, Farmlands began with just a handful of cyclists, but it has grown to become one of New Jersey’s and CJBC’s most popular rides, averaging more than 700 cyclists annually. This year, Brookdale Community College in Lincroft is set as the start and finish of the race, and participant registration will be from 7 a.m. to noon the day of the tour. The ride weaves its way through several scenic towns and cities such as Colts Neck, Freehold, East Windsor and Bordentown.

Along the Farmlands’ travel route, CJBC’s rest stops will provide snacks, energy drinks, and water, along with support to assist cyclists if help is needed. CJBC is committed to ensure riders a safe and enjoyable ride. All riders travel at their own pace, with all CJBC support services concluding at 5 p.m. for participants. For more information or to register for the Farmlands Bicycle Tour online, go to www.cjbc.org.