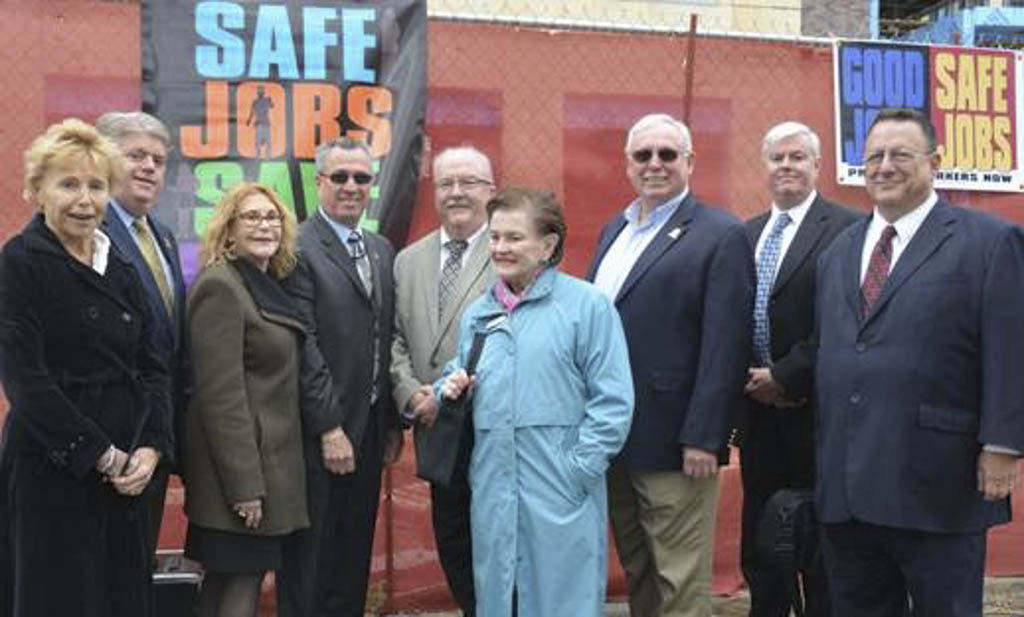 NEW BRUNSWICK — Local officials held a solemn service to recognize those who have been injured or killed on the job on April 28 in New Brunswick, and also to focus on the importance and need for better health and safety conditions in the workplace.

Every year, millions of men and women lose their lives or suffer debilitating illnesses or injuries while at work. To honor these workers, Workers Memorial Day was established nationally in 1989 and commemorated each year on April 28, according to a statement prepared by the Middlesex County Office of Communication.

“Each year on this day, we gather to remember those we have lost over the last 12 months to workplace injuries or illness. Thirty-six New Jersey workers will be remembered in today’s service. They must never be forgotten. However, we also must look toward the future, and remind ourselves that even one more loss in the years to come is one loss too many,” said Middlesex County Freeholder Director Ronald G. Rios, who spearheaded the county’s commemoration. “The workers we have lost last year and in years past will never be forgotten. In remembrance of them, we must work as one to create a better, safer future for all workers in Middlesex County and beyond. Only then are we doing our jobs properly.”

Patricia Jones, OSHA’s office director for the Avenel area, said, “We have come a long way from the days before OSHA [Occupational Safety and Health Administration] when working men and women in America had no legal protections from harm. We now have a law that promises them the right to a workplace that is free of known hazards.”

“On this Workers Memorial Day we recommit ourselves to the fact that no one should be dying just to earn a living. When I started with OSHA 25 years ago, the nationwide daily average of workers who didn’t go home each day was 38,” said Michael Corbett, compliance assistance specialist for OSHA. “During that tenure, that number has gone down to 13, but 13 is still too high. All workers are entitled to a safe and healthy workplace. That’s what we fight for every day.”

The day is also a tribute to those who have helped lead the fight to improve conditions and safety practices throughout the nation. Workers Memorial Day is held on the anniversary date of the founding of OSHA in 1971.

Charles Wowkanech, president of the New Jersey State AFL-CIO, which represents one million working men and women and their families, said, “A single preventable death is one too many. As we know, safe jobs happen because employers make responsible decisions to protect their workers. As we pause today to remember our brothers and sisters who have died or been disabled on the job, we also pledge to hold companies accountable for their workplaces and to ensure that worker safety, not profits, remains their top priority.”