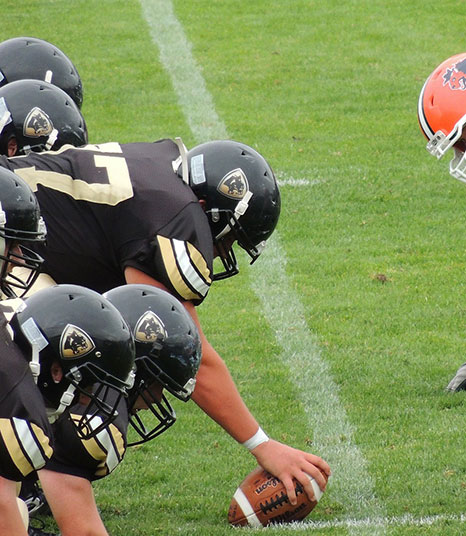 Congressman Frank Pallone, Jr. (NJ-6), the top Democrat on the House Energy and Commerce Committee, is urging NCAA and youth football leagues to find ways to limit brain disorders associated with the sport.

Speaking at the Marlboro Township Recreation Community Center, Pallone announced that he and several of his Democratic colleagues on the committee sent letters to collegiate and youth football leaders asking how they plan to prevent and mitigate the risks of degenerative brain disorders for student-athletes. The request comes after the National Football League acknowledged for the first time at a committee roundtable in March that there is a link between football and degenerative brain disorders.

Pallone made the announcement at the Marlboro Recreation Center with student-athletes who have suffered from concussions, officials involved in youth sports and experts in the field of concussions. The New Jersey congressman and his colleagues wrote that they are seeking to understand what rule or policy changes each of the organizations is considering to address the risks posed by both concussive and subconcussive hits.

“Football organizations across all levels, as appropriate, should consider rules changes and educational outreach to ensure the safety of all athletes and their developing brains,” Pallone said in a prepared statement. “Additionally, we need to ensure that parents have accurate, up-to-date information necessary to make informed decisions about their children’s participation in football and other contact sports.”

Recent research suggests that athletes can sustain significant brain damage caused solely by repeated head impacts, or subconcussive events, even if those collisions do not result in concussions. According to the Centers for Disease Control and Prevention, the problem is of special concern in youth sports because children and teens may be more vulnerable to brain injuries than adults and take longer to recover.

Youth sports organizations have begun to consider changes to the rules governing contact, given declining participation and the publicity around the negative effects of concussions and repetitive head trauma. For example, Pop Warner, which operates youth football programs, instituted a change to its rules in 2012 regarding head-on blocking and tackling during practices. The change limited the amount of practice time devoted to physical contact and set a maximum distance of 3 yards from which players could be apart during full-speed tackling drills.