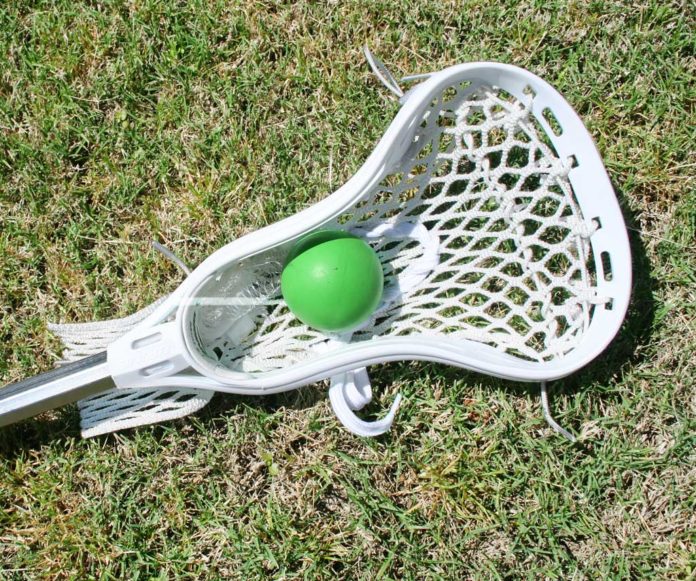 It didn’t take long for Kirsten Littlefield of Millstone to merit national recognition on the University of Mary Washington women’s lacrosse team.

After playing nearly every game — but starting only four — last season as a freshman graduated from Allentown High School, Littlefield started every game as a sophomore this spring and recently earned second team All-America selection and first team all-region by the Intercollegiate Women’s Lacrosse Association.

Littlefield becomes the 44th player in the history of the Fredericksburg, Virginia, program to gain All-America status.

“Surprised? Of course, after starting only four games last year,” Littlefield said of the All-American status that usually comes to a starter well established from the previous season with some credentials that were increased.

Instead, Littlefield came out of nowhere, although she was helped by a team that made the NCAA Division III Tournament for the first time in four years, getting eliminated in the Elite 8 — region semifinals — in a 13-5 loss to Trinity College to end its season 15-5. It was Mary Washington’s 10th straight season of double-figure victories, as it made its farthest advance since the 2008 team reached the national semifinals — a lineup that included current Mary Washington head coach Caitlin Moore.

“This team had great attitude and great personality,” Littlefield said.

Her speed helped her become one of the dominant transition players in the nation this year, collecting 37 ground balls, 54 draw controls and 28 caused turnovers, which Littlefield said were areas of focus for this season. She scored two goals and had an assist, but it was her efforts from the back that led her team to mount quick counters.

She was joined on the first team all-region team with junior defender Maiah Bartlet, a repeat all-region selection.

“This really teaches me how important other people are to your success,” Littlefield said. “You can be a great player, but if you don’t have great players around you, you can’t have success.”

Littlefield won three draw counts against Trinity, which took an early 6-1 lead against the No. 16-ranked Eagles, who closed to 6-3 by halftime before falling short in the second half.

With a first-round bye, Mary Washington advanced to the region semifinals with a 12-8 opening victory over Denison University.

Littlefield comes from a family of athletes. Younger brother Alden attended the Trinity game and is an outstanding thrower on Allentown High School’s indoor and outdoor track and field teams. Alden is preparing for the NJSIAA section championships this weekend. He plans to continue throwing the shot put and will throw the hammer at Shippensburg University next year.

Their parents both played collegiate sports in college. Their mother, Mary, played soccer at Rutgers University, while their father, Duncan, played hockey and ran track at Middlebury College.

Kirsten Littlefield also was an outstanding track and field athlete on two school record-setting relay teams at Allentown, as well as in lacrosse for the Redbirds as captain in her senior year. She was Colonial Valley Conference Defensive Player of the Year that season in 2013. She also played club lacrosse for Garden State Elite and Tri State Elite.

A member of four honor societies in high school, she also is in the honors program at Mary Washington as a biology major who has the lofty goal of working for the Centers for Disease Control and Prevention. After returning home for a few days, she’ll be headed to Charleston, South Carolina, for a summer internship.

“The University of Mary Washington is everything I wanted from a college,” she said. “I love the history here and can walk the streets of downtown feeling comfortable because it’s safe there and everyone looks out for you.”

And with only three seniors graduating — two of them starters — the hopes are high for even better things for Littlefield and the rest of the team next season at Mary Washington.