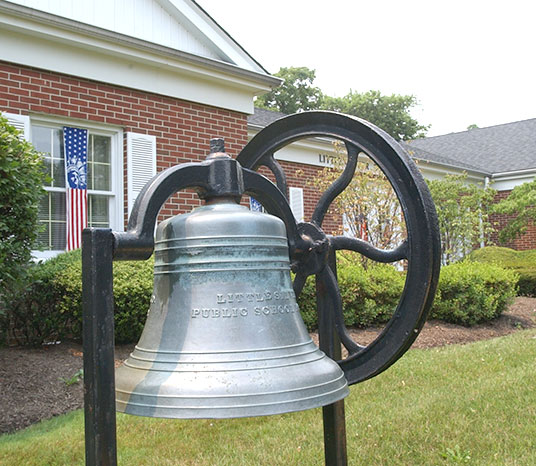 LITTLE SILVER — At the most recent Borough Council meeting, the governing body heard public comments regarding two ordinances that provide the pathway for the issuance of the first-ever liquor license for on-premise consumption of alcohol.

The governing body also discussed Little Silver Day and regretfully bid goodbye to one of their own.

At the July 11 meeting, the first ordinance up for discussion was one amending Chapter VII “Alcoholic Beverage Control” of the borough code.

“The ordinance sets requirements for any retail consumption establishment or restaurant with a bar, such as hours of operation, size of the bar … and other regulations,” Mayor Robert C. Neff Jr. said when the ordinance was introduced at a June 6 meeting of the governing body.

The other ordinance — amending and supplementing Chapter 16A “Land Use and Development” of the borough code — amends the borough’s zoning ordinance to allow such an establishment, with certain setback and other requirements “to be located only in either the downtown business district or in the business district near the train station,” according to Neff.

“As a governing body we have to heed to majority [and] the referendum was passed [in November],” said Councilman Donald Galante. “This has been two years in the making — we didn’t take it lightly.

“Once the referendum was passed we’ve had not less than 20 meetings as a committee with multiple participants, and we scoped the ordinances based on input, both good and bad, and tried to take into consideration Little Silver as a community and how it would affect it as minimally as possible.

“[There was] a tremendous amount of time put into it, a lot of work to try to retain Little Silver as Little Silver, but at the same time, move forward with progress and what the community reached out and voted for.”

Several residents asked questions during the meeting, such as where the establishment might go, size provisions, what the license would go for and what benefits it could bring to the borough.

“The original proposal was, it would be nice to have a family-type establishment where adults can get a beer or you gather after [a game or meeting],” Neff said. “[I do think] it will bring some revenue to the town and [will] add a little bit of character to the town.”

With both ordinances passing unanimously by the governing body, Neff said the next step would be for the borough to schedule a public auction/bid for the license.

Also during that July 11 meeting at Borough Hall, the governing body discussed the success of the borough’s first Little Silver Day that took place in late June.

“The committee met a week afterwards and went through a number of issues … about how we can enhance it or make it better.

“One of the things that popped up was the concept of … doing it every other year … simply because of the amount of work involved.

“We don’t want to step on the toes of some of the other fundraising organizations in town and we also don’t want to grow [too big so if] … we do it every other year, we still keep the community involved [and] … it’s a way of keeping it going.”

Councilman Dane Mihlon praised everyone involved who helped make the day one many residents are “still talking about.”

“The feedback was outstanding, the fireworks were spectacular … and it was a heck of a show,” he said. “The committee did a wonderful job … it went off so smoothly … the volunteer effort was unbelievable … it was phenomenal.

“You look at the community spirit that swells in something like that and the people, the smiles on their faces … it was great.”

During the meeting the governing body also regretfully accepted the resignation of Councilman Glenn Talavera.

“It has been an honor to serve as councilman and work with such dedicated professionals,” Borough Administrator and Clerk Kimberly Jungfer read from Talavera’s letter to council. “… Little Silver is a special place to call home as a result of the commitment of its leaders.”

Neff said Talavera was a hardworking council member who ended up taking a job that does not allow him to hold public office.

“Glenn Talavera was a terrific addition, and the people were represented wonderfully by him,” Mihlon said. “He brought a lot of experience to the council and shared a lot of good things that will survive his tenure here. He will be missed.”