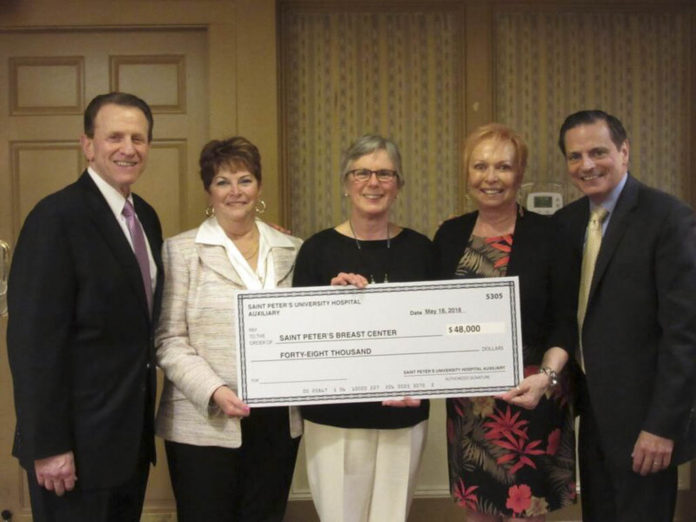 Two North Brunswick women took part in the presentation of funds to The Breast Center at Saint Peter’s University Hospital.

The funds were raised in support of the center’s full range of state-of-the-art services, including screening and diagnostic testing, chemotherapy, radiation, surgery and post-treatment care.

The Saint Peter’s University Hospital Auxiliary has been in existence since 1908 and continues to support the hospital, donating approximately $2,093,000 to Saint Peter’s between 1985 and 2016. Of this total, $356,000 was contributed to The Saint Peter’s Breast Center; $33,000 for the initial startup of the Saint Peter’s/Rutgers Mini-MBA Program, and $1,703,792 to other areas within the hospital.

Fire officials: ‘Old charcoals’ from barbecue night before may have caused fire at residential house in South Brunswick