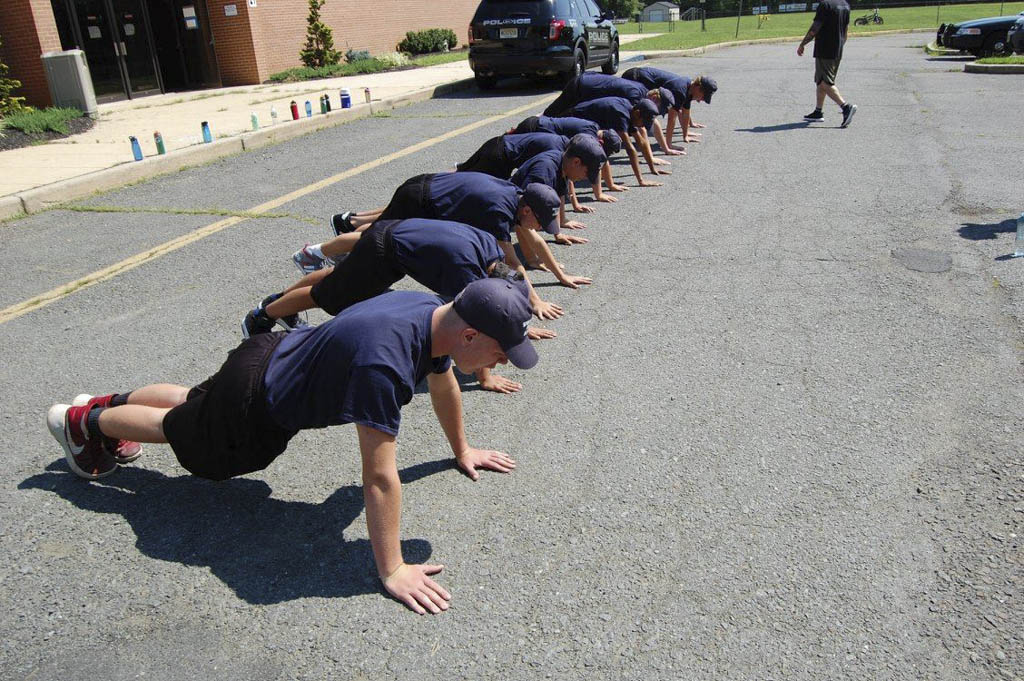 SPOTSWOOD – For a week in July, nearly a dozen cadets traded in their smartphones and baseball gloves for badges.

The Spotswood Police Department (SPD) held its 12th annual Junior Police Academy to offer local children —ages 11 through 16— the opportunity to experience a curriculum similar to that of an actual police academy, although on a smaller scale.

The junior academy took place from July 18-22 through the support and participation of many SPD officers. Detective Scott Hoover noted that 14 kids began the program, and 11 went on to graduate.

According to Hoover, this year’s academy featured lessons on car stops, the dangers of driving under the influence (DUI) and DUI investigations, the role of a medical examiner in death investigations, police reporting, presentations by the Spotswood Fire Department and Emergency Medical Services (EMS) and a crime scene investigation lesson. There were also demonstrations in K9 procedures, defensive tactics and from the Amtrak Police as well as visits to the Middlesex County Superior Court and Middlesex County Police Training Center.

“They are also shown marching and movements in military formations in preparation for a graduation ceremony,” he said.

A highlight of this year’s program included a landing and unit presentation from a New Jersey State Police (NJSP) helicopter on July 20.

“The SPD continues to believe strongly in building bonds with our community, and we especially appreciate the parent support of this program that allows our officers to strengthen its bonds with our youngest citizens,” Hoover said.

Retired Sgt. Chris Berman established the Spotswood Junior Academy in 2005, and SPD has hosted the event every year since then.