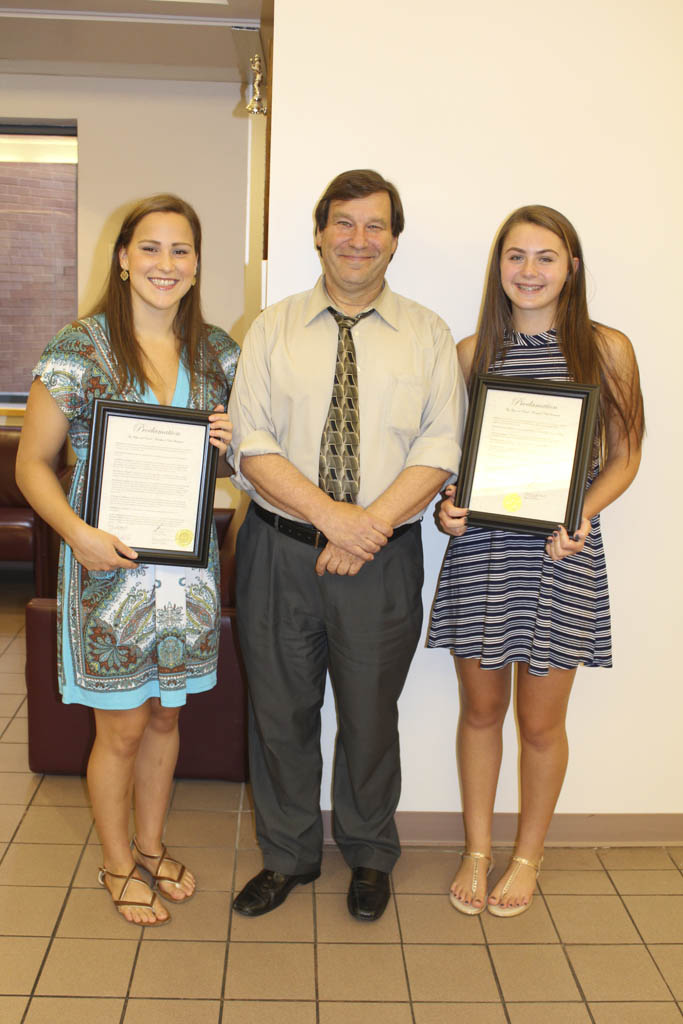 Melanie Fosko is a senior at the high school who has been on the high honor roll. She received the Guidance Award for outstanding excellence in multiple subjects from 2013-16. With a 4.8174 GPA, she had been named Student of the Month several times.

Melanie will be the president of the National Honor Society for the 2016-17 school year and also serves on the executive board of the Student Government Organization.

She swam for the North Brunswick Rapids swim team, the Raritan Valley Riptides and the X-Cel Swim Club in Princeton. For the high school team, she has set school records in the 100-meter freestyle and the 100-meter breaststroke. She also swam in the Meet of Champions for two years.

Melanie is also a member of Heroes & Cool Kids and Youth Leadership, while also having been a Girl Scout for 12 years; her Silver Award project was based on organ donation.

Entering her sophomore year, Kiera is on the honor roll and has taken honors English and honors biology. She has a 3.76 GPA.

Kiera is a member of the NBTHS choir, participating in the winter and spring concerts.

She is also a member of the varsity swim team, competing in the 200-meter individual medley and the 100-meter backstroke. She also plays attack for the varsity lacrosse team.