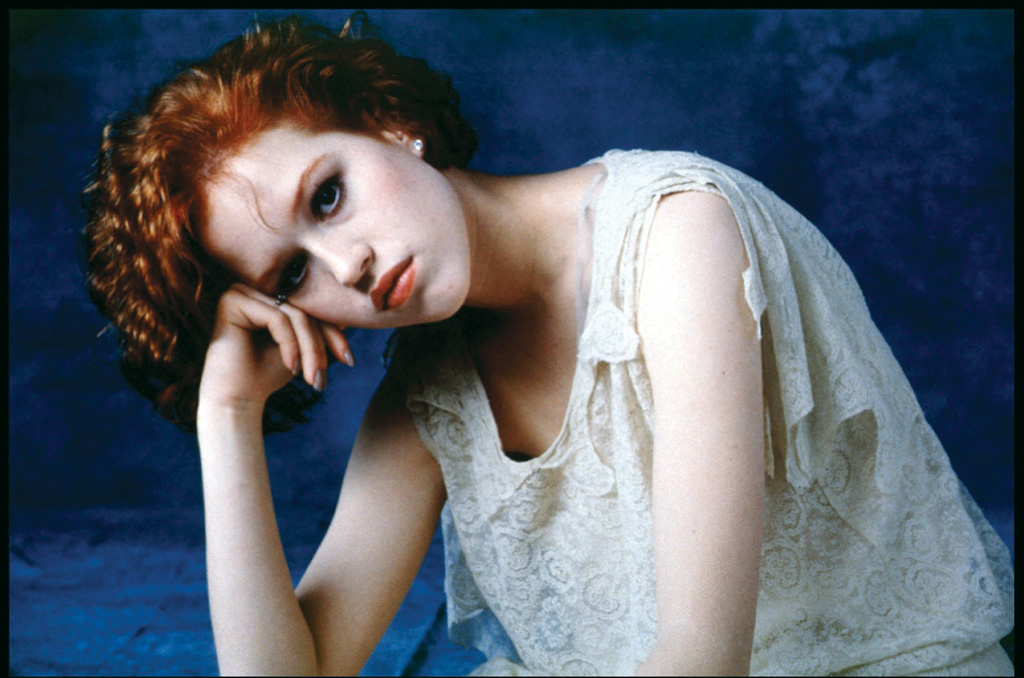 From Disney Mouseketeer to Brat Pack sweetheart, childhood singer to adult “agony aunt,” Molly Kathleen Ringwald has certainly had a fascinatingly versatile career.
The daughter of a blind jazz pianist and a pastry chef, Molly’s theatrical debut came at age 5, when she played a dormouse in Alice in Wonderland. A year later she revealed another side to her budding talent by releasing an album, I Wanna Be Loved by You: Molly Sings, with her dad and his band. Throughout the ’70s she continued to act, taking on roles in Annie and The New Mickey Mouse Club, but her career took flight after her movie debut as Miranda Dimitrius in Tempest earned her a Golden Globe nomination and the notice of John Hughes. The director cast her as the much put-upon Samantha Baker, the teen whose family forgets her milestone 16th birthday, in Sixteen Candles, followed by two additional coming-of-age ’80s classics — The Breakfast Club and Pretty in Pink, which she later called her favorite film.
Yet Ringwald’s refusal of the lead in Hughes’ Some Kind of Wonderful ended their working relationship, and she also passed on Pretty Woman and Ghost, opting instead for a series of parts in movie and TV productions that failed to duplicate her previous success. In 1992 the actress moved to France and worked on French-language films and theater productions for several years. A short marriage to writer Valery Lameignére ended in divorce in 2002, but Ringwald gave wedlock another spin in 2007 with writer Panio Gianopoulos, with whom she has three children.
While she’s continued to both act and sing over the years, Ringwald added the role of author to her resumé with her 2010 book, Getting the Pretty Back: Friendship, Family, and Finding the Perfect Lipstick, and a 2012 collection of short stories, When It Happens to You: A Novel in Stories. She also became an advice columnist for The Guardian in 2014, admitting that while she was not always the best at following counsel, she was “great at giving it.”
While her Brat Pack days are long behind her, Ringwald will forever be associated with the underdog Hughes characters that made her an icon of teen angst — something about which she has mixed feelings but is generally at peace with.
“I have to accept the fact that these films have had a fantastic effect on people, and to deny that doesn’t make any sense until I do something that has the same cultural and social impact of those movies,” she said. “That’s just the way it is.”