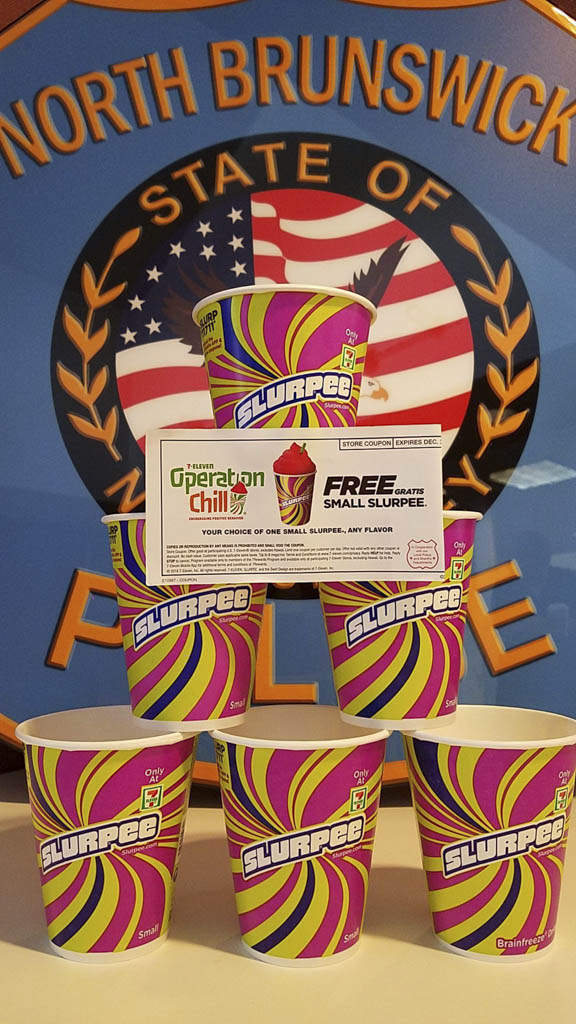 NORTH BRUNSWICK – Youngsters in town will be ticketed if they are caught by a North Brunswick police officer.

Ticketed with a coupon to 7-Eleven, that is, if they are caught doing good deeds.

The department is participating in Operation Chill, an effort to help local police officers recognize children who are behaving in a positive manner. Rewards have been given to children wearing helmets while riding their bicycles, while helping their grandmother take out the trash, while helping their mother with groceries, for playing ball without any fights, for attending National Night Out or for graduating the North Brunswick Junior Police Academy, according to Police Captain Brian Hoiberg.

“So far, this has been extremely successful,” Hoiberg said of the first time North Brunswick officers and detectives have been driving around to reward good behavior. “We’ve had great feedback from it. Kids are ecstatic when they get a coupon from an officer. It’s been good for us as well.”

Since the program’s inception in 1995, more than 15 million Operation Chill coupons for a free Slurpee drink have been distributed to hundreds of law enforcement agencies across the country in areas where 7-Eleven operates stores.

Area men among 21 accused of being child predators