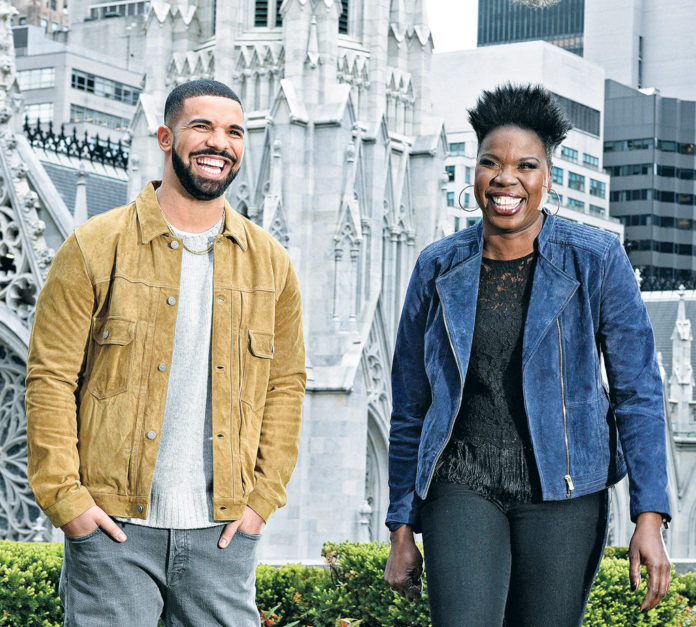 Cheers to Leslie Jones
for being Team USA’s No. 1 fan. The SNL standout’s Olympics commentary on Twitter— and clear love of country— earned her an invite from NBC to come down and play along in Rio.
Not too shabby for someone who almost quit social media over those boneheaded Ghostbusters bullies.

Cheers to Gold Zone
for giving Olympics addicts a spot to catch ’em all. The NBC streaming site sorted through all live events to show the most climactic moments of competition (like Alexander Massialas’s come-from-behind quarterfinal win in fencing).

Jeers to NBC
for some unnecessary censorship. Listen — silver medalist Steele Johnson was only showing us his diving goods, not his actual goods. Free the Speedo.

Jeers to Al Trautwig
for his out-of-bounds comments. The announcer earned zeroes across the board by tweeting that gymnast Simone Biles’s grandfolks, who adopted her 15 years ago, “are NOT her parents.” He soon deleted the post, but not the ugliness of such a low-bar remark.