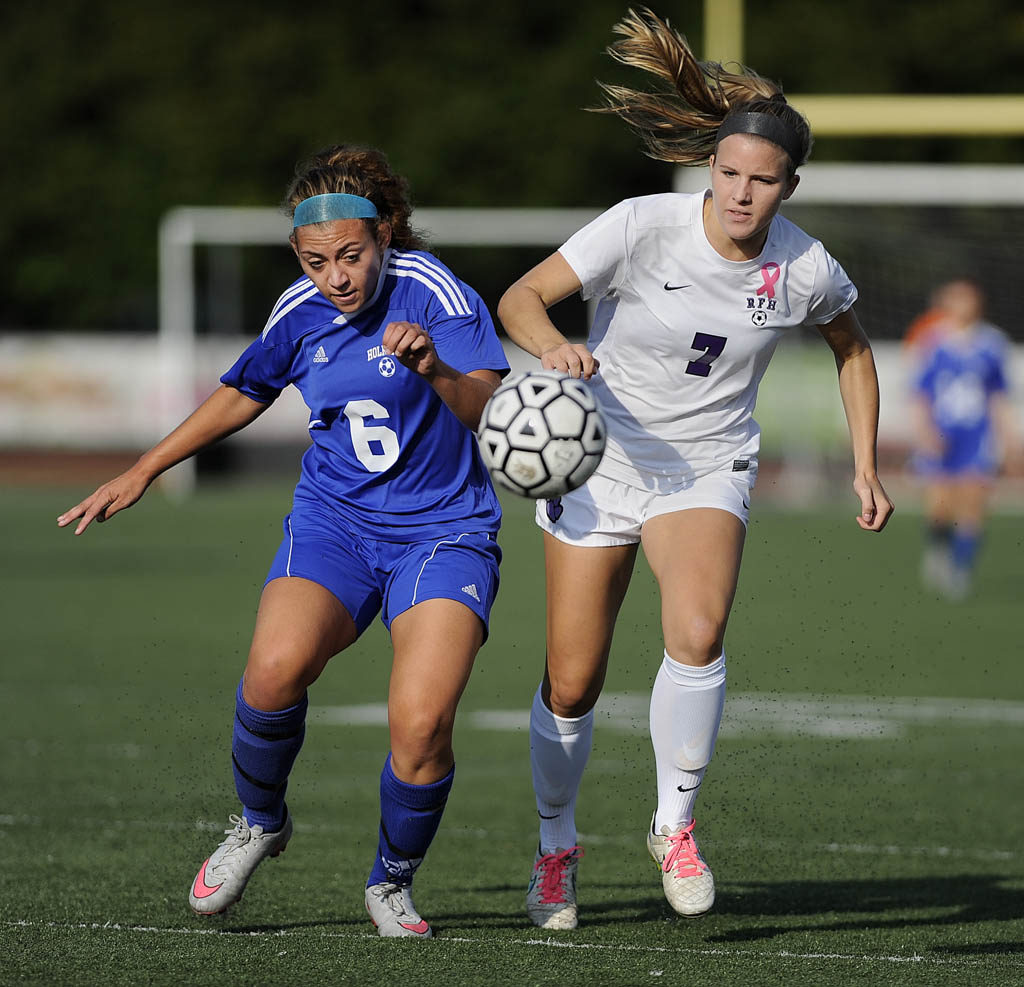 With the help of some local talent, the Monmouth University women’s soccer team is in prime position to defend its claim to the Metro Atlantic Athletic Conference (MAAC).

The Hawks, winners of the MAAC regular-season title for three years running, were chosen as the preseason favorite to finish the 2016 season atop the conference standings yet again. Ranked first in the opening coaches’ poll, the Hawks look ready for another successful season. But they are playing for more than just first place in the MAAC. The Hawks want to win it all after two years of falling short.

“It’s difficult to be first. We were disappointed the last two years. We won the MAAC in the regular season but didn’t win the tournament championship. They’re hungry to get back to the tournament and play for a championship,” head coach Krissy Turner said.

Turner, who is in her 19th season leading the Hawks, knows what it takes to emerge as the last team standing. During her tenure, Monmouth University has five regular-season titles and three conference championships, with the last one in 2013. If these new-look Hawks are going to be Turner’s fourth championship squad, they will need to build chemistry on the field.

The Hawks lost five starters to graduation after their 2015 campaign, and they had a total of six first-time starters in the lineup for their season opener Aug. 19. Despite the turnover, the Hawks haven’t missed a beat. Turner said veterans step up into leadership roles early, and the Hawks became acclimated in the spring.

“With six or seven seniors and several juniors, we still have a veteran team,” she said.

One of those veterans is Colts Neck High School graduate Rachael Ivanicki, a redshirt senior and team captain. The forward was Second Team All-MAAC in 2015, possessing great speed and a knack for scoring. Ivanicki recorded nine goals and three assists in 18 starts last season, and her six game-winning goals were tops in the league. Ivanicki also ranked fourth in goals in the MAAC.

Sophomore Christina Balacco, a Red Bank Catholic High (RBC) School alum, is a new member of the Hawks. Balacco transferred to Monmouth after playing her freshman season at Virginia Commonwealth University, where she started 11 times as a rookie. Playing as a defender and midfielder for the Hawks, Balacco has already proven herself as a fierce competitor. At 4 feet 11 inches tall, Balacco is one of the smallest players on the field, but Turner said she plays with a big heart. Balacco, who was part of RBC’s 2013 Shore Conference championship team, has climbed the ranks as one of the Hawks’ best defenders.

Howell native Jessica Johnson brings depth to the midfield and backfield. Johnson, a freshman who graduated from The Hun School in Princeton, is a very composed player and technically very talented, Turner said.

Jazlyn Moya, a sophomore from Avenel and Colonia High School, appeared in six games as a midfielder a season ago.

Up and down the roster, Turner sees one of the more athletically gifted teams Monmouth has had in recent history. The Hawks have the MAAC Preseason Player of the Year, senior forward Alexis McTamney, and fellow senior Julie Spracklin joined her on the Preseason All-MAAC Team as a forward. Fifth-year senior Gabriella Cuevas gives the Hawks even more experience. Cuevas transferred from the University of Connecticut, where the defender played 13 games a year ago.

“We have speed and individual talent that plays as a team. If you look at our roster last year, the most important thing isn’t to have the best players, but to have the best team,” Turner said. “One of the important things you hope a coach can help with is team chemistry. Not every player gets to play, but they have to embrace their role. As a coach, you try to drive that home.”

Coming off a 13-3-2 season, the Hawks kicked off the 2016 season against Bucknell University. The Hawks jumped in front when Cuevas, who hails from Immaculate Heart Academy, headed the ball into the net. The 1-0 advantage carried into halftime, but Bucknell quickly responded. The Bison scored twice in less than seven minutes to start the second half. Another goal sealed a 3-1 loss for the Hawks.

The Hawks made their home debut Aug. 22 against Lehigh University. They will return to Hesse Field on the Great Lawn Sept. 9 for a game against Loyola University Maryland at 7 p.m.