Those poignant words adorn a new bench at the softball fields at North Brunswick Veterans Park in honor of the late Dennis McDonough, a township resident who was an integral member of the North Brunswick Department of Parks, Recreation & Community Services (DPRCS) Men’s Softball Team.

“This bench will be an icon that keeps his fighting and competitive spirit [alive] year after year,” his wife Val said during the dedication ceremony on Sept. 7.

McDonough, 66, passed away on May 19 after battling cancer.

He was born in Queens, New York, and grew up in West Islip, New York, before living in New Brunswick and settling in North Brunswick, according to his obituary.

McDonough was a detective sergeant for the New Brunswick Police Department and retired in 1998. He was a member of the Central Jersey Emerald Society and was honored as the Irishman of the Year in 2012.

He was an avid softball player and played on many teams in the surrounding area, as well as a senior travel team.

“He was a great guy, fun to be around, a lot of laughs,” said Mark Salgi, an umpire for the North Brunswick league.

He is survived by his wife of 29 years, Val; his sons, Devon and Brian and his wife Amy; his daughter, Kimberly; his grandchildren, Brendan, Samantha, Gabriel and Chase; and other relatives.

“He was one of the strongest and most determined people I know,” Val McDonough said. “He was a friendly face behind the plate year after year.”

With her son Devon by her side, Val recalled how her first date with Dennis was 30 years ago at a softball game. She said by the end of the season, they were engaged.

She said when her husband was diagnosed with cancer six years ago, he would purposely schedule his treatments around softball games. She said his last game played was at the end of the 2015 season, when his team won its eighth title in 10 years. 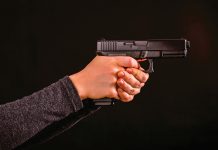