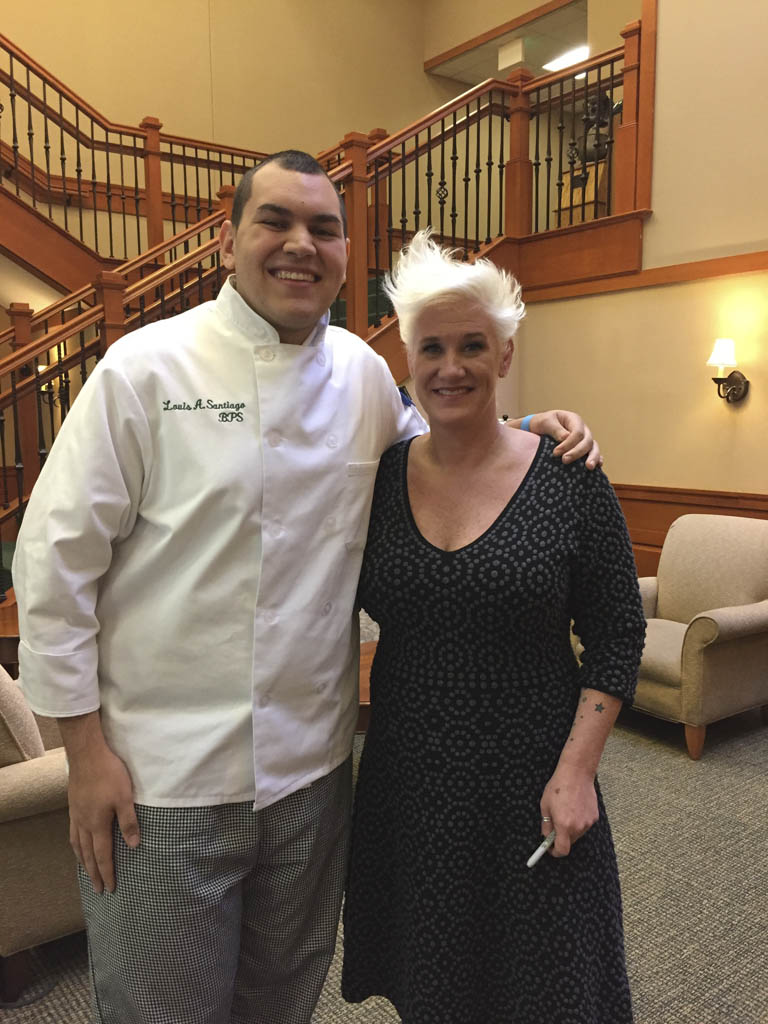 SAYREVILLE — Louis Santiago has a passion for food — and for changing lives.  He’s also well on his way to changing his own.

Santiago, who is a second-year culinary arts student at the premier Culinary Institute of America in New York, said he’s looking forward to a successful career as a chef, but at the same time, he’s looking back at where he came from.

He said he wants to see those who follow in his footsteps at his alma mater, Sayreville War Memorial High School (SWMHS), as well as other schools have access to fresh, flavorful food — not food that is healthful but lacking in taste.

He said he discovered his talents in the kitchen at a young age after realizing that neither of his parents were good cooks. He was born in Old Bridge, but moved to Sayreville in fourth grade after his parents divorced.

So, he got in the kitchen and started experimenting. When there were cooking-related projects in high school, he said, he was a sought-after classmate to partner with.

His experience in culinary school has only served to continue to fuel a passion that started at SWMHS. While still a student, Santiago said he attended Board of Education meetings to champion his cause and even got a few minutes of Sen. Cory Booker’s time when Booker visited the school. He said he told Booker that “forcing [healthful food] down kids’ throats” was the wrong way to go about it.

He said he told Booker there needs to be a balance, and students, he said, shouldn’t be prohibited from having snacks and, yes, even “junk food.”

“That’s part of your childhood,” he said. “Not everything has to be healthy.”

Santiago said he’ll be interested to see if the national focus on healthful food in schools changes once the Obamas leave the White House, as much of that started with the efforts of First Lady Michelle Obama.

He said he has found that many people agree with him, but tell him that he needs to focus on the “how” instead of the “what.” As such, he said, he’d like to find ways to encourage schools to move away from canned food and instead partner with local growers. He said some schools have their own gardens, which he thinks is an excellent idea.

“It’s important to be able to have fresh food,” he said.

Santiago said he also wants students to know that a career path like his is a viable alternative to the traditional college path. In fact, he just finished an externship at the Marriott Marco Island Resort in Florida.

“I wanted to go outside the box,” he said of his career choice. “It’s not easy and it’s not made for everybody. I push myself because I want to be the best chef that I can be.”

Santiago said one day he would like to open a restaurant either in New Jersey or Florida.