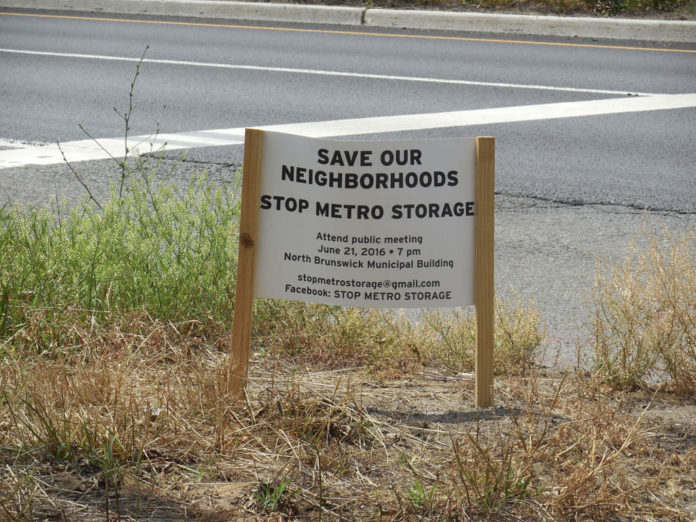 NORTH BRUNSWICK – Polls, surveys and statistics are like a lamppost for someone who is intoxicated, according to North Brunswick resident Nick Sicurella: it is more for support than illumination.

Sicurella was one of a dozen residents who spoke against Metro Storage’s proposed 700-unit storage facility planned for Route 130 and Nimitz Place in an R-2 residential zone, which only allows single-family houses. He said that information about how the building would or would not affect his neighborhood was all hypothetical.

“We are a residential area. We really don’t want a facility of this type in our backyard. It changes the character of our neighborhood,” he said during the North Brunswick Zoning Board meeting on Sept. 20.

Expert witnesses for the applicant had provided testimony to the Zoning Board for months, during which time more than 500 residents signed a petition citing traffic, safety and home value concerns. Zoning Board members unanimously denied the application due to those same concerns.

“This is a great application but it’s the wrong place. This use does not provide any benefit to the community,” board Member Tony Chedid said.

“Number one, these folks do not need a sound wall. If they wanted one, they would have petitioned authorities to have one based on their sense of activism.

“Two, it is not a good fit. On a smaller scale, perhaps, but not on the proposed scale.

“Three, as for traffic … unless you’ve lived it, you cannot analyze it,” he said.

Chedid also mentioned that the application does not fit in with the township’s Master Plan.

“We have, as a board, a very good pulse on the township. I don’t remember hearing that a dire need of a storage facility was a front and center issue,” he said.

“[The fact that] Route 130 is clearly poorly defined is obvious,” board Chairman Mark McGrath added, “but the Master Plan failed to change the zone on this property for three decades and we are bound to respect the Master Plan unless we see unique, positive — and no negative — criteria.”