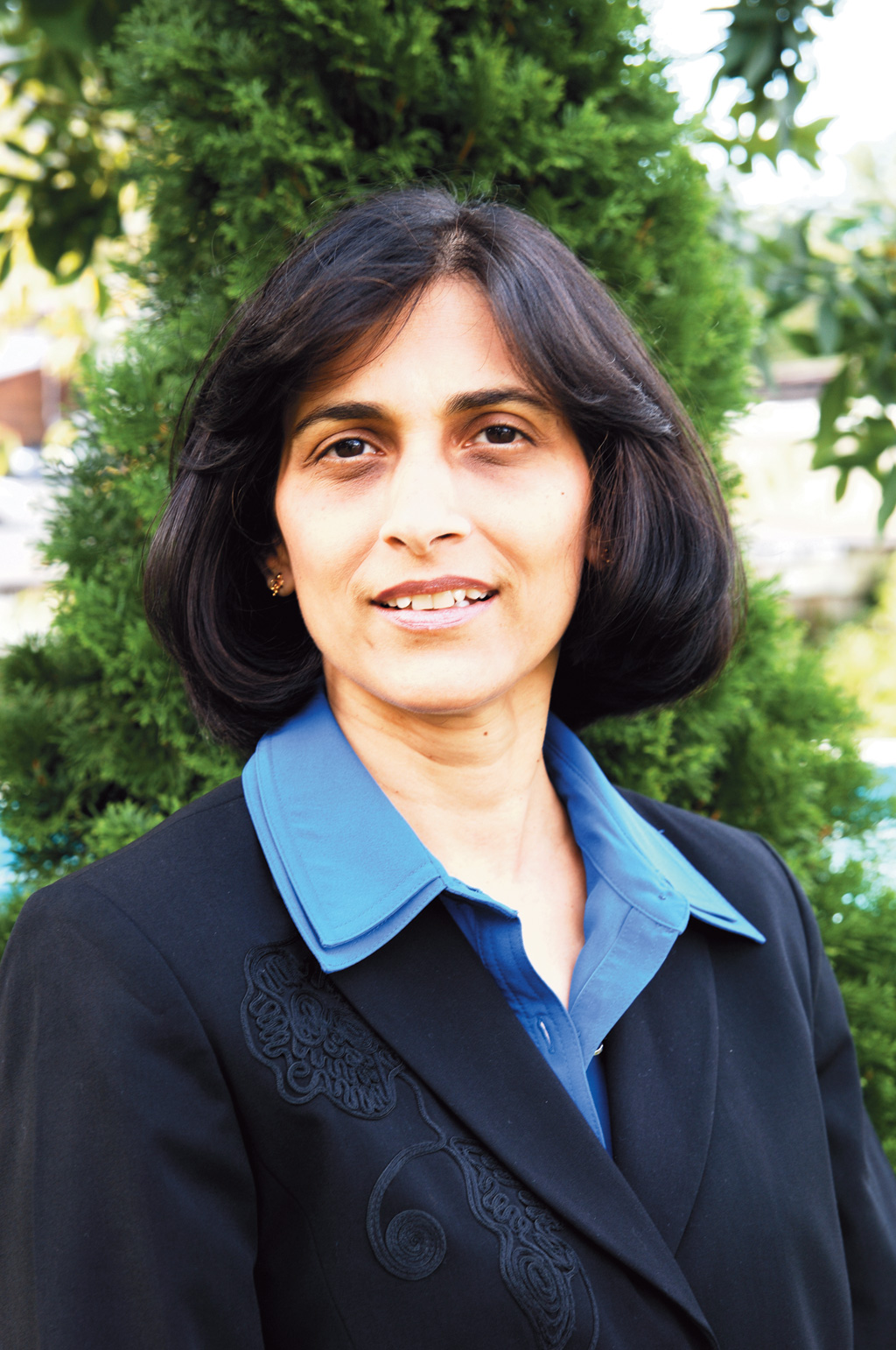 WOODBRIDGE — Come January, someone new will fill the Ward 4 Council seat, which was held for over a decade by James Major, who stepped down in August.

Three candidates — Democrat Verbhadra “Viru” N. Patel, who was appointed by the Township Council to fill the remainder of Major’s term until the November election, Republican Amarasena Anura Rupasinghe and Independent Nutan Kalamdani — are vying for the unexpired one-year seat in the upcoming election.

Major had accepted a position at the Middlesex County Utility Authority.

Nutan Kalamdani, who is seeking her first term on the council, is a 22-year resident of the township.

She and her husband, Nitin, have two adult children. She studied architecture and interior design and is the founder and owner of Awesome Television and owner of Cineviews Media.

Kalamdani said she has been involved in the community for 15 years and has been on several committees.

“As a media person and the owner of a TV channel, I have given free services to those in need and helped anyone who has approached me for assistance,” she said.

Kalamdani has previously run for the Ward 4 Council seat.

She said the people in Ward 4 need someone to be on their side, speak for them and fight for them in regards to services and keeping the tax rate stable.

“We need transparency in the local government, and we deserve to lead a quality life,” she said.

Kalamdani said, if elected, her first job would be to challenge the administration.

“I am here because the people’s concerns are my concerns, their problems are my problems,” she said. “Yes, I am concerned about the South Asian community, but I am also here for each and every member of this town, regardless of any race or religion.”

Kalamdani said she has taken the step to fight for these people and be their voice as a true representative.

“I am doing this for all of us, so that we can have a safer and a better place to live, raise our children and be proud of the town we live in,” she said.

Virbhadra “Viru” N. Patel, who is seeking his first elected term on the council, is a 31-year resident of the township.

He is self-employed, working on site development and building of retail stores in New Jersey.

Patel said he has lived in Iselin for 31 years with his wife and three daughters, all of whom have been educated through the Woodbridge School system.

“I am the executive vice president of the Indian Business Association and an organizer of the annual India Day Parade,” he said. “I am the event chairman for the Asian American Retailers Association.”

Patel said he is very active in the community, having worked on various fundraisers for food banks, earthquake victims, fire victims and more.

“I am involved in volunteering my time to over 20 social, political, religious, educational and cultural associations,” he said.

Patel said he was lucky to be appointed to a vacant council seat in August.

“I have enjoyed the experience and now want to run for the remaining year of that term,” he said. “I have met with every single township management official and have begun to serve the constituents of the Fourth Ward of Iselin and Menlo Park Terrace.”

Patel said he has been the eyes and ears for the residents of Ward 4 to bring their concerns and issues to the township administration.

“I have been out all over the Ward knocking on the doors and meeting people,” he said. “I believe I have [a] unique experience to bring to the Township Council having served in government as an engineer for many years. I know how to serve residents through an executive branch position which makes me qualified to serve in a legislative capacity.”

Patel said he loves the township of Woodbridge.

“I want to see us continue to move forward with economic development,” he said.

Patel said his specialty is engineering and infrastructure.

“We have made great strides in paving our roads and rebuilding our sewers, and I would like to continue that progress and take a special interest in how we go about doing that to see if my experience can lead to savings in taxpayer dollars,” he said. “I have only been on the council for six weeks, but I intend to make this my main focus.”

Patel said he has noticed the great infrastructure improvements made to the school district with fields, tracks, tennis courts, playgrounds and paving projects, and he would like to see this continue.

“I would like to see more jobs created and see our education system continue to improve,” he said. “Mayor [John] McCormac has made great strides, and I want to be a part of his team to keep the progress moving forward.”

Amarasena Anura Rupasinghe, who is seeking his first term on council, is a 15-year resident of the township.

Rupasinghe said since his youth in Sri Lanka he has admired American ideals, culture and technology.

“I watched America win the space race and heard inspirational speeches from American presidents … my heart was set early on to come to America,” he said.

Rupasinghe said in his 20s, his exporting business took him around the world with one memorable trip to New York City.

“George H.W. Bush just won the presidential contest [in 1989] and in his inaugural address, he invoked a vision of a ‘thousand points of light,’ where he invited the nation to take action through service to their fellow citizens,” he said. “It was that call to action that sealed my decision to become a United States citizen.”

In 1993, Rupasinghe immigrated to the United States with his wife, Shalika, and they set about creating a new life together. He said they have raised a boy and twin girls to be good, caring citizens.

Rupasinghe said his platform includes fighting against wasteful spending, advocating for more police patrols and crime alerts and preparing to stand against proposals that he believes will not serve the interests of his fellow township residents.