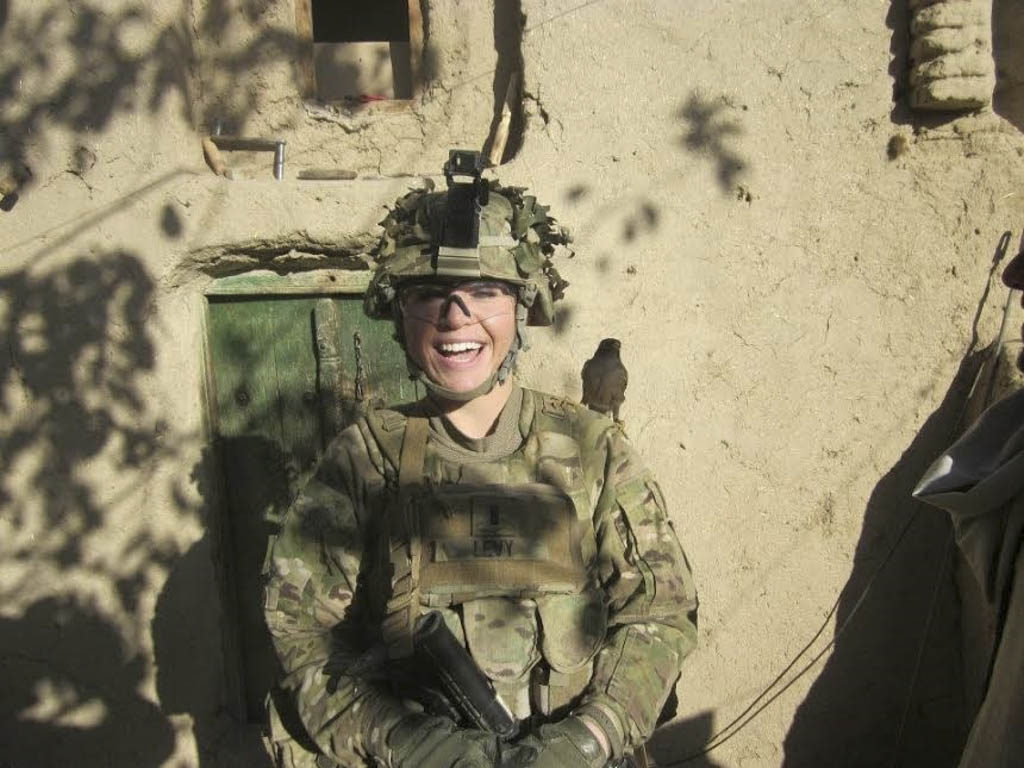 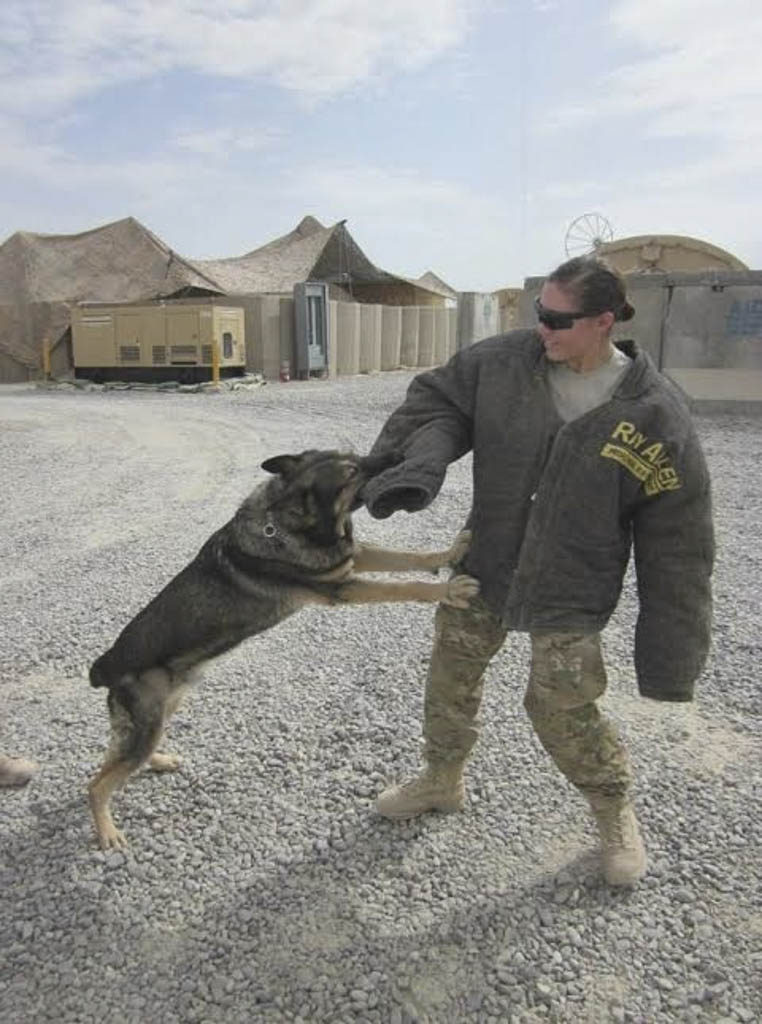 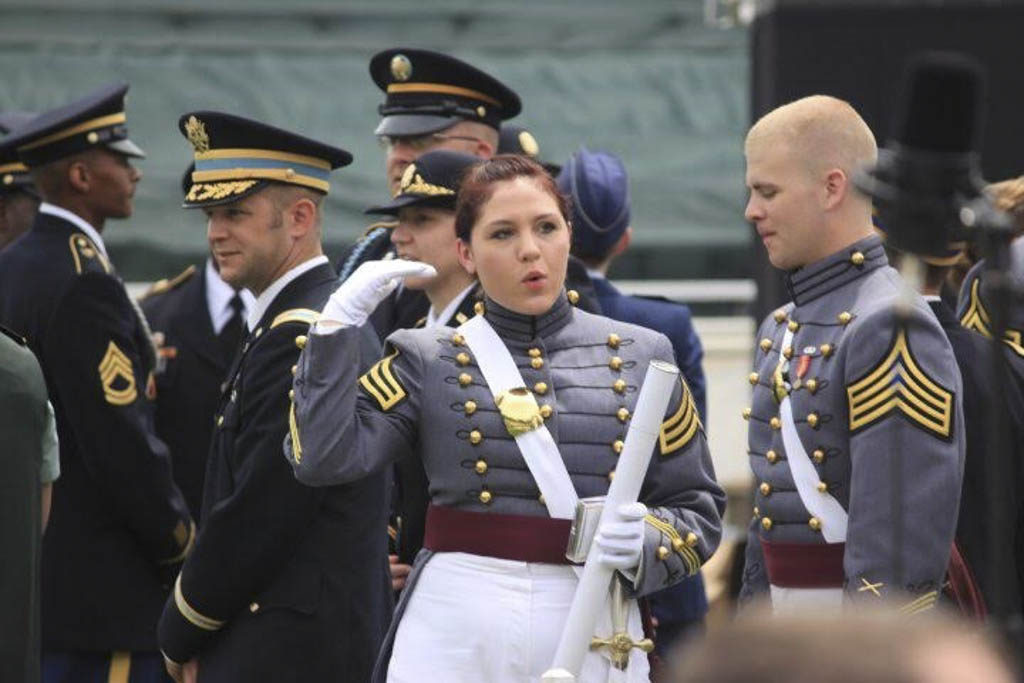 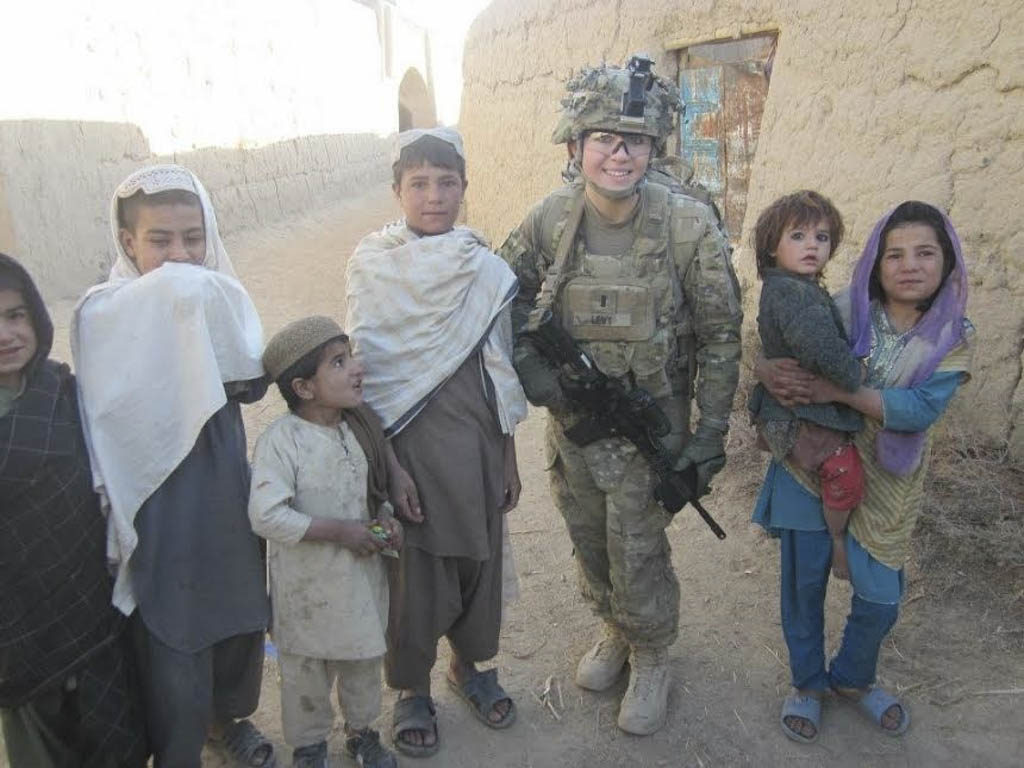 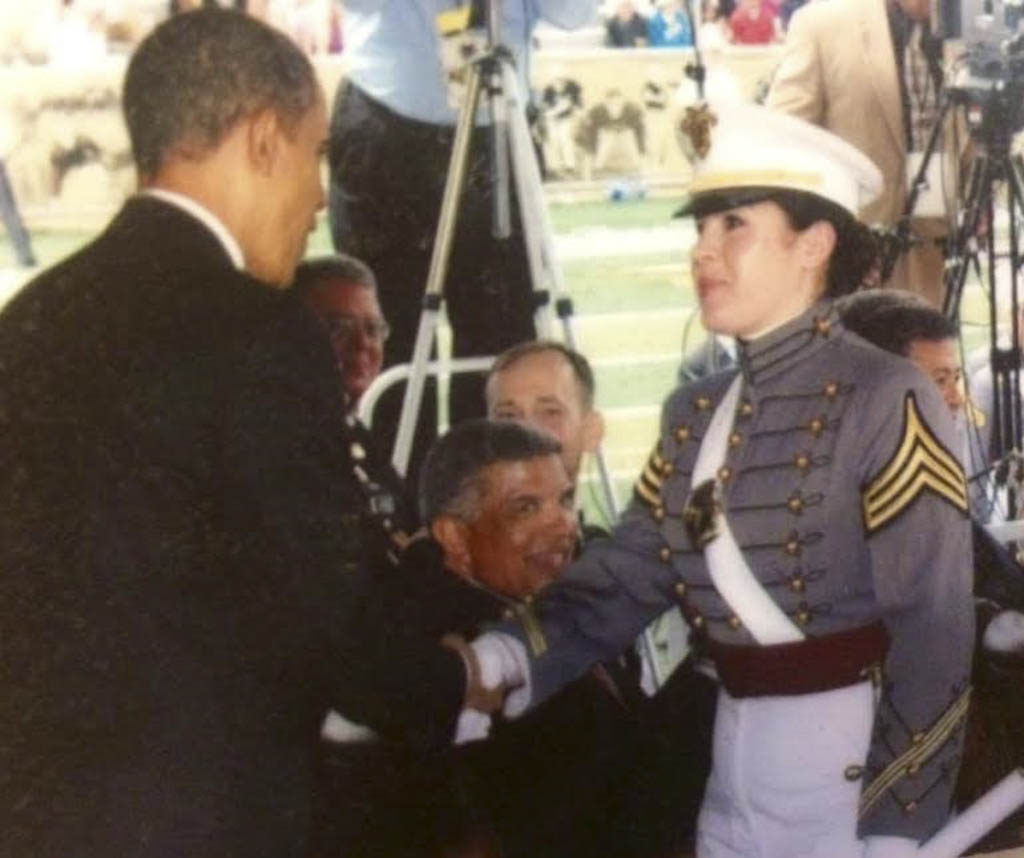 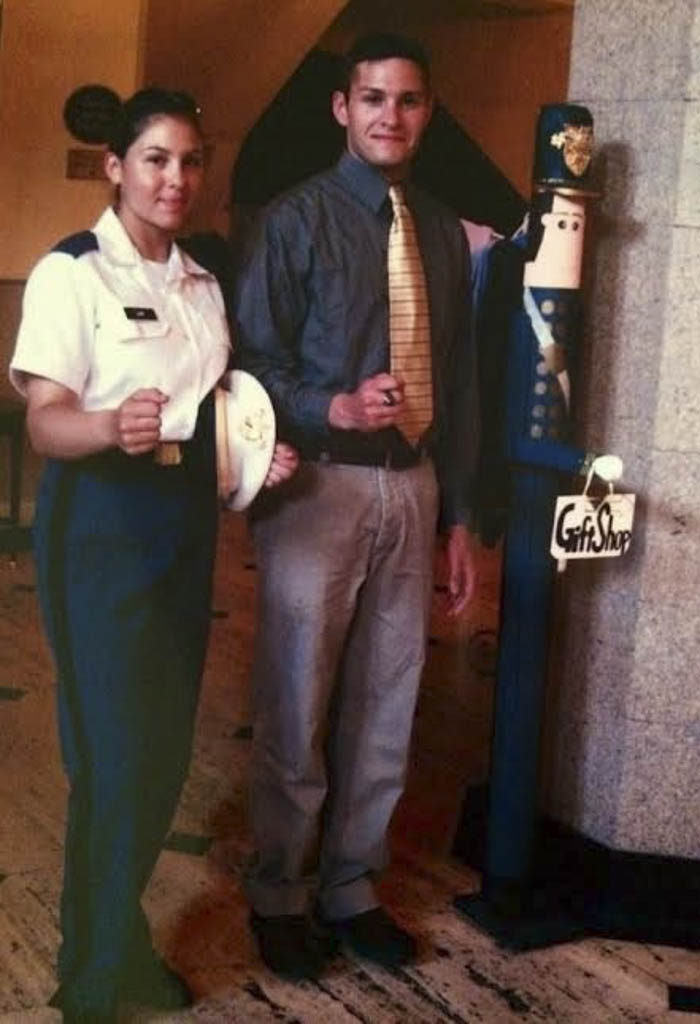 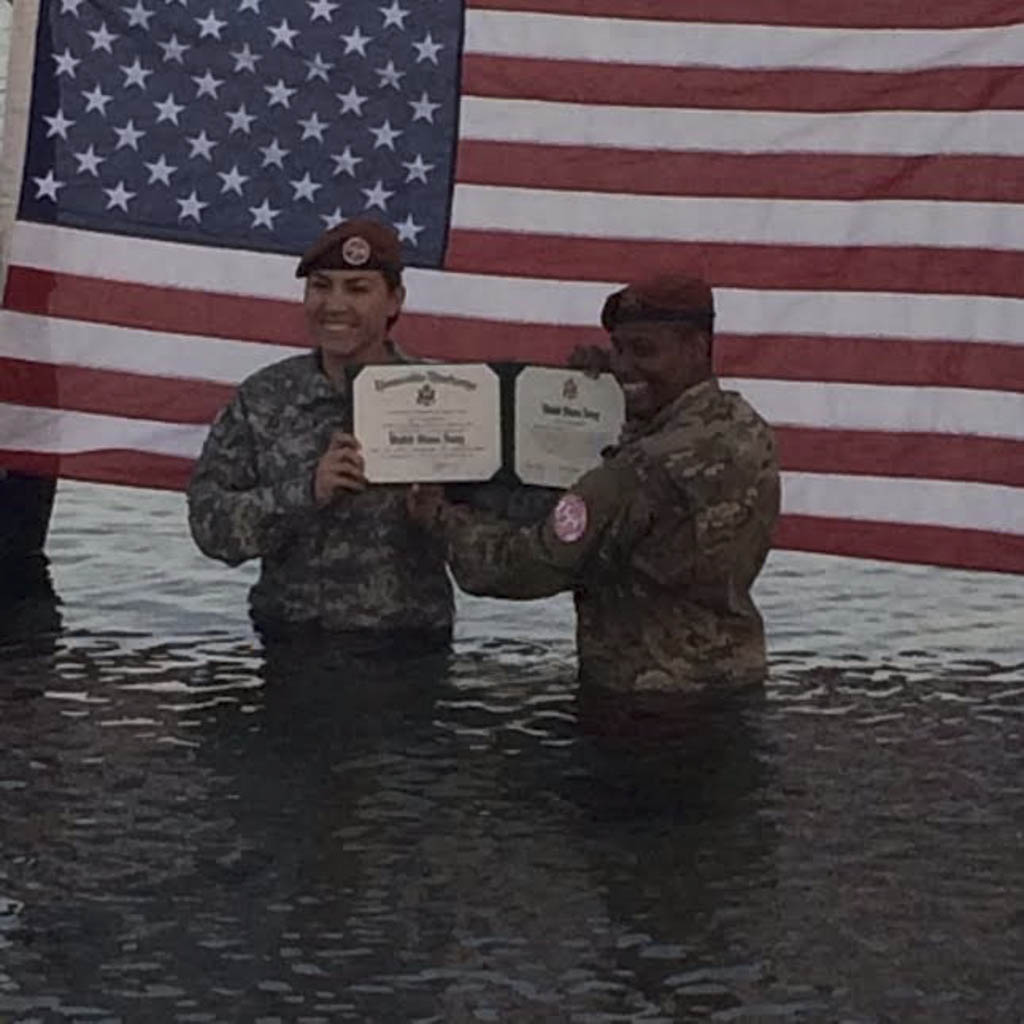 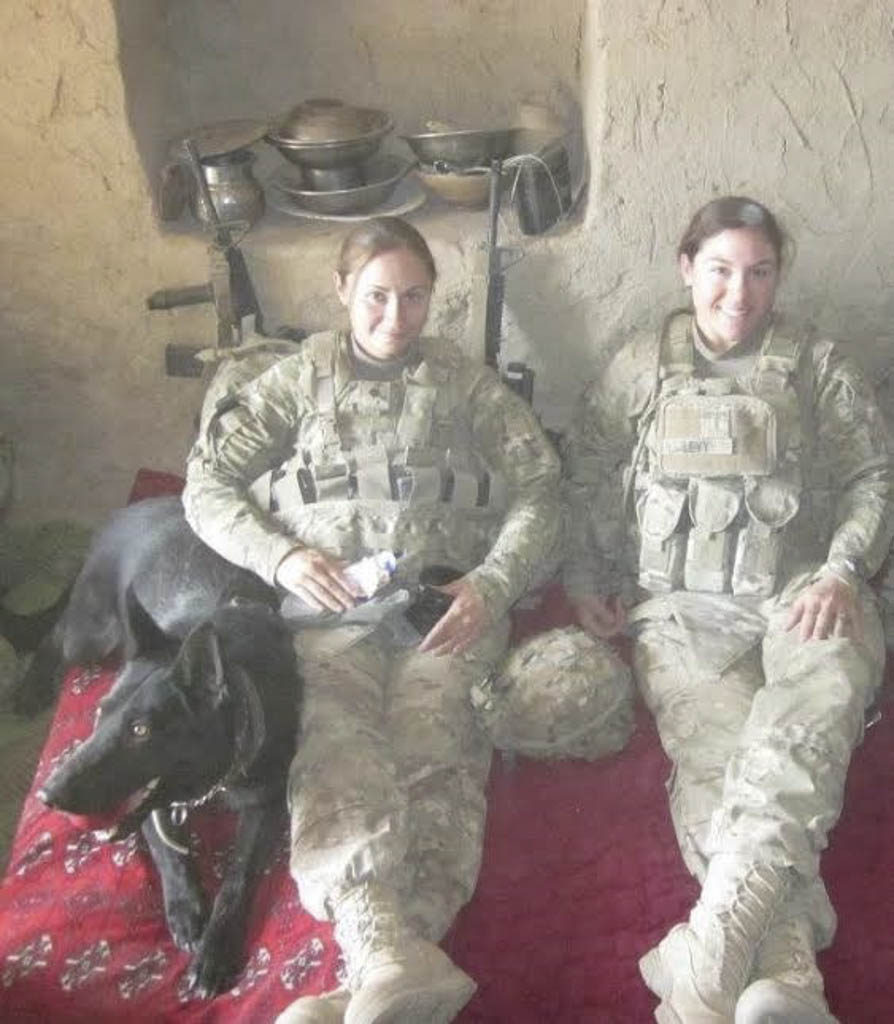 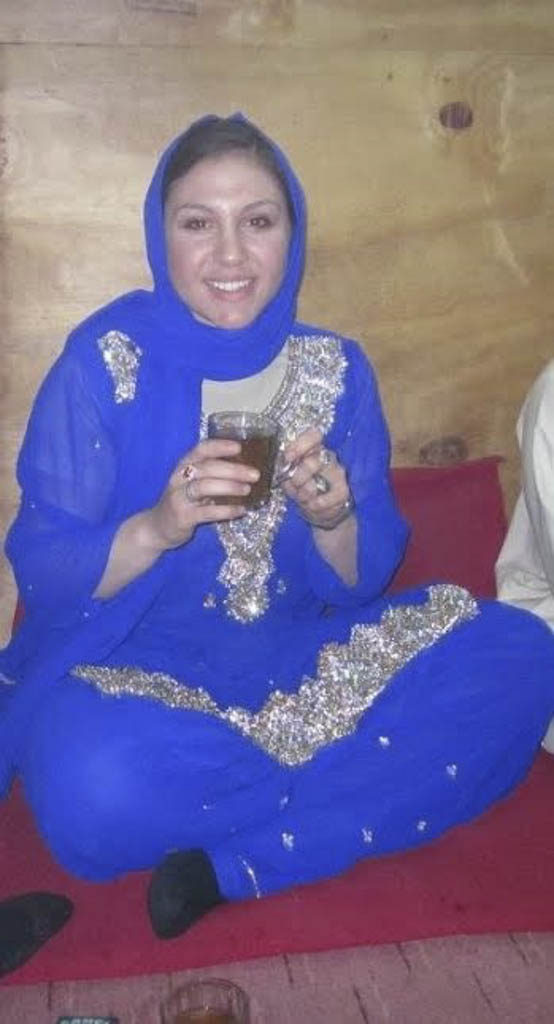 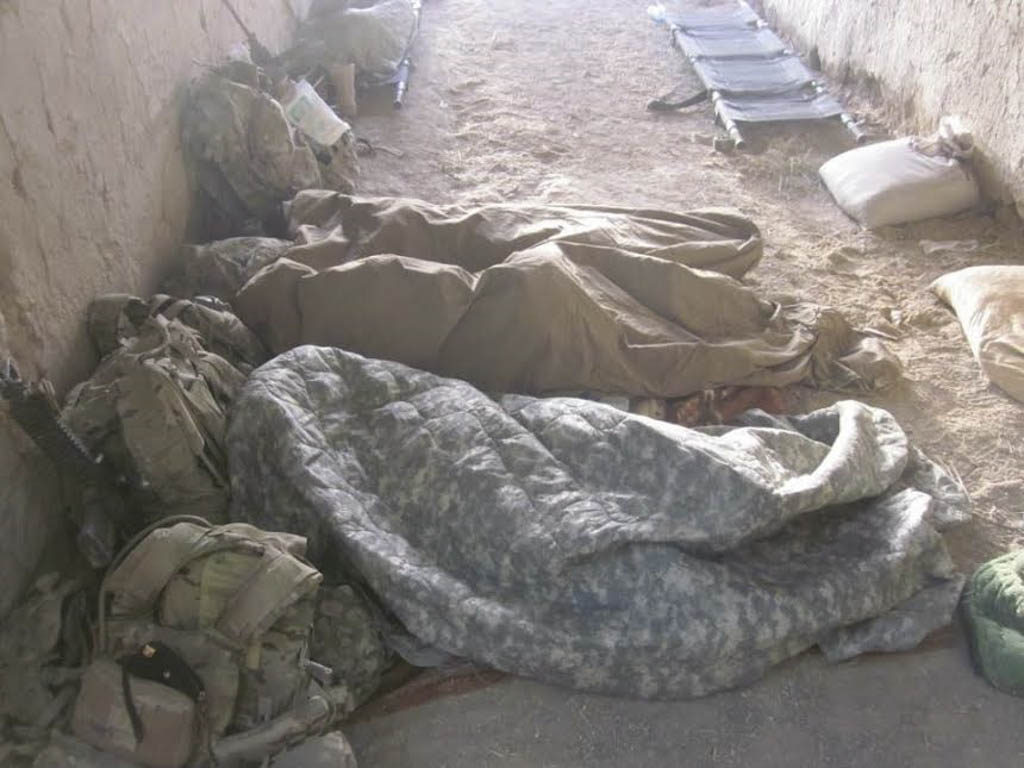 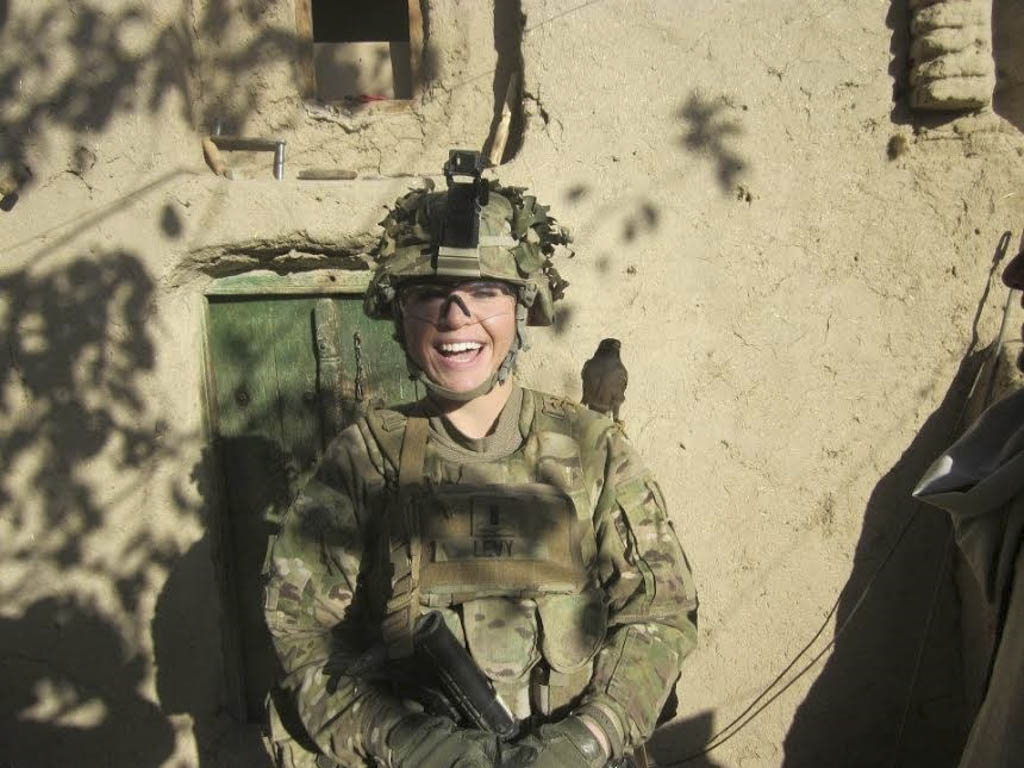 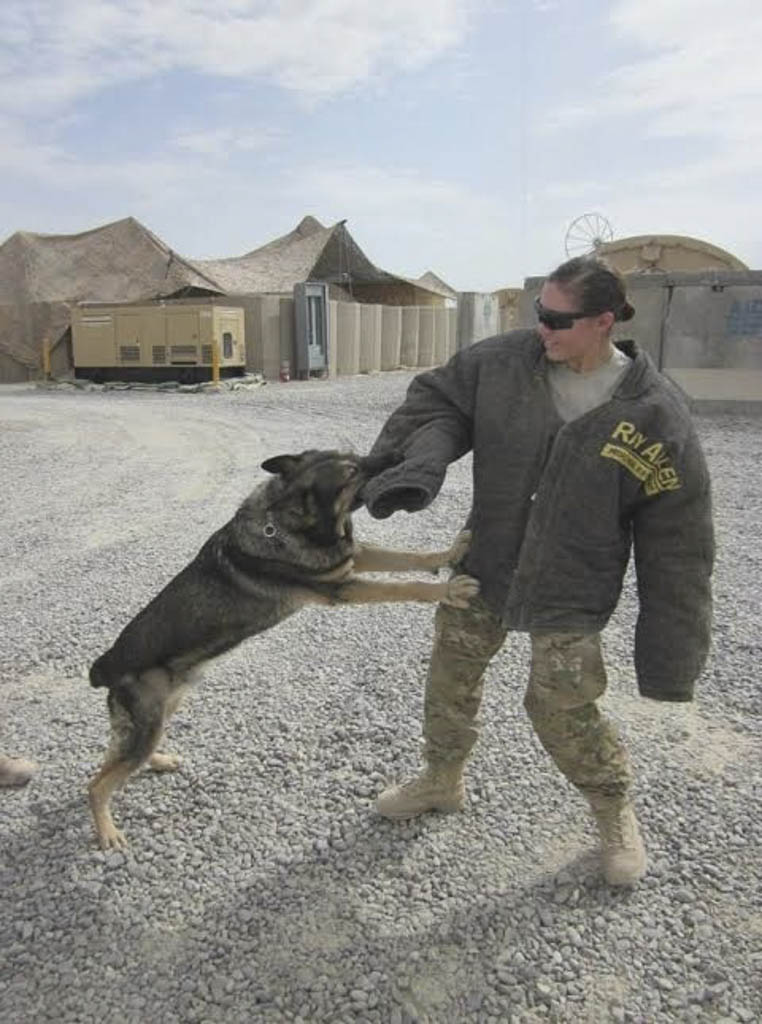 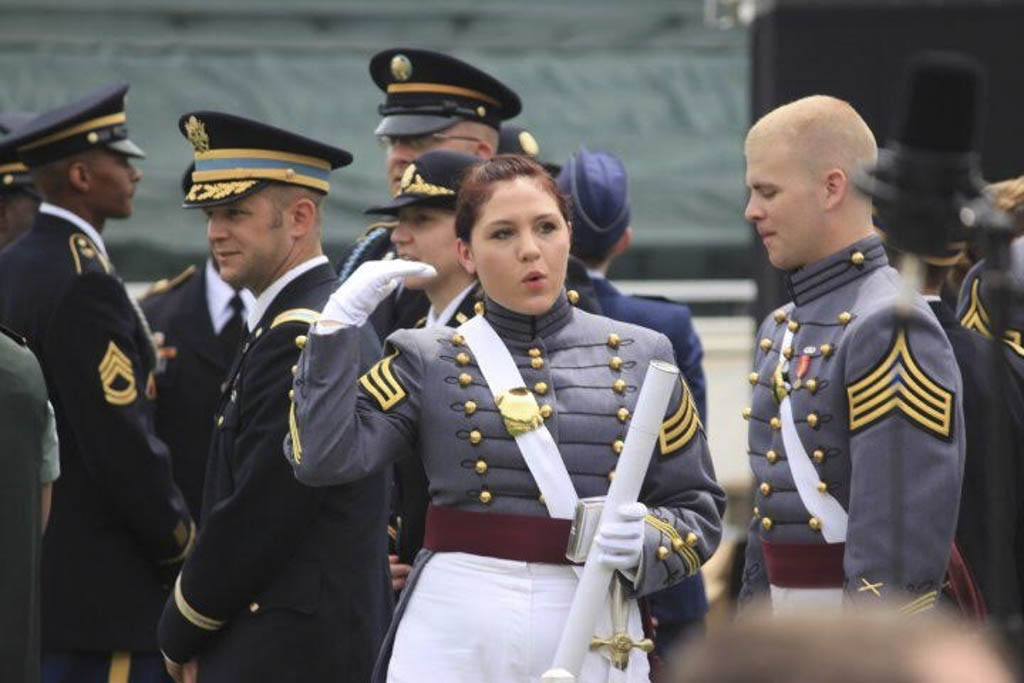 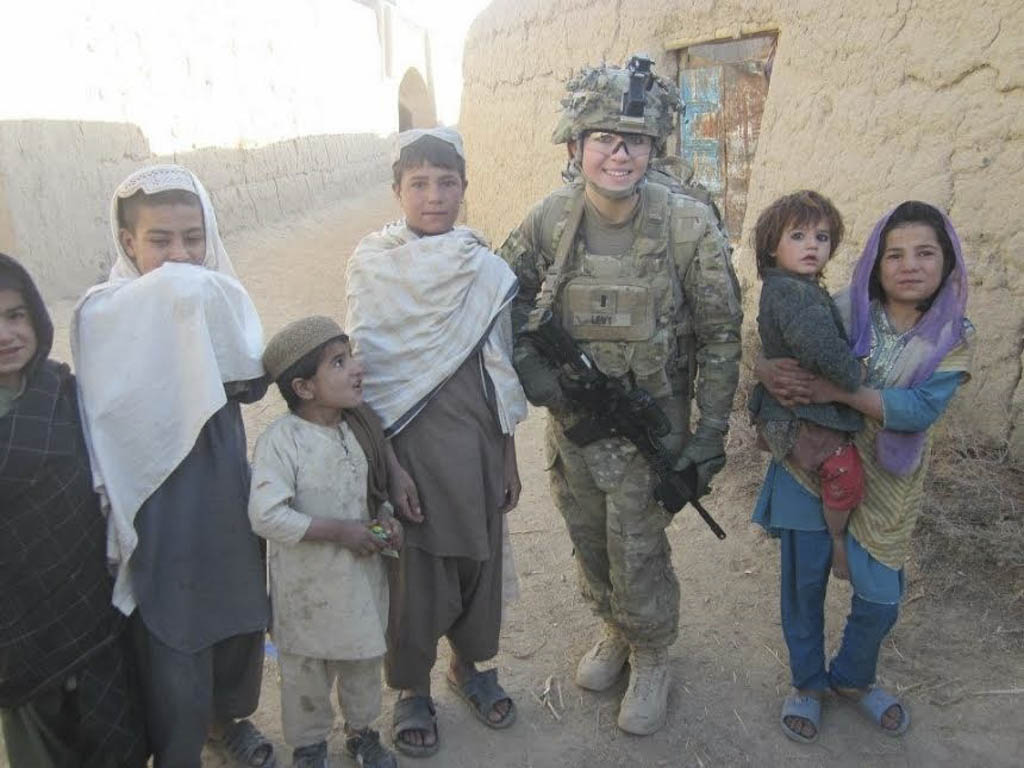 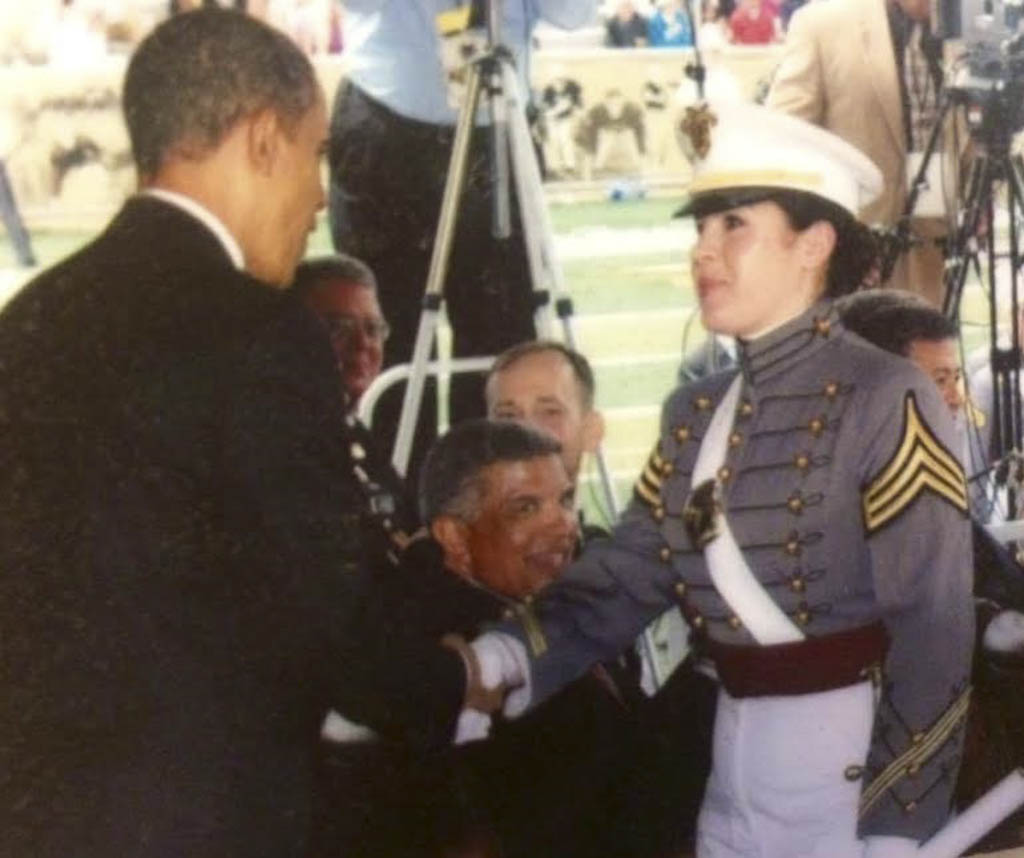 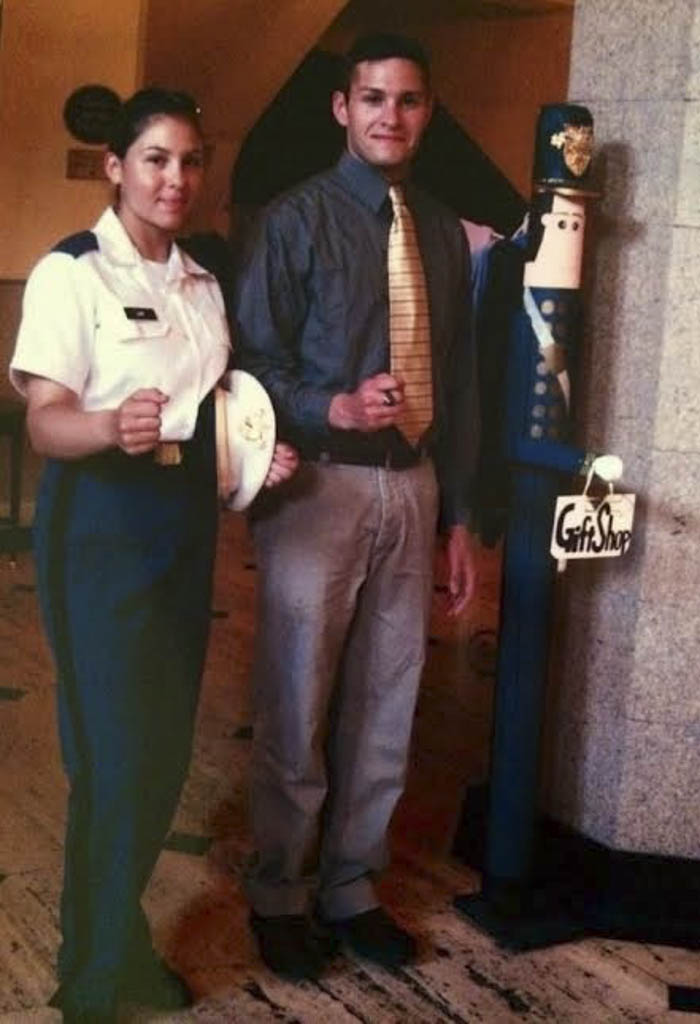 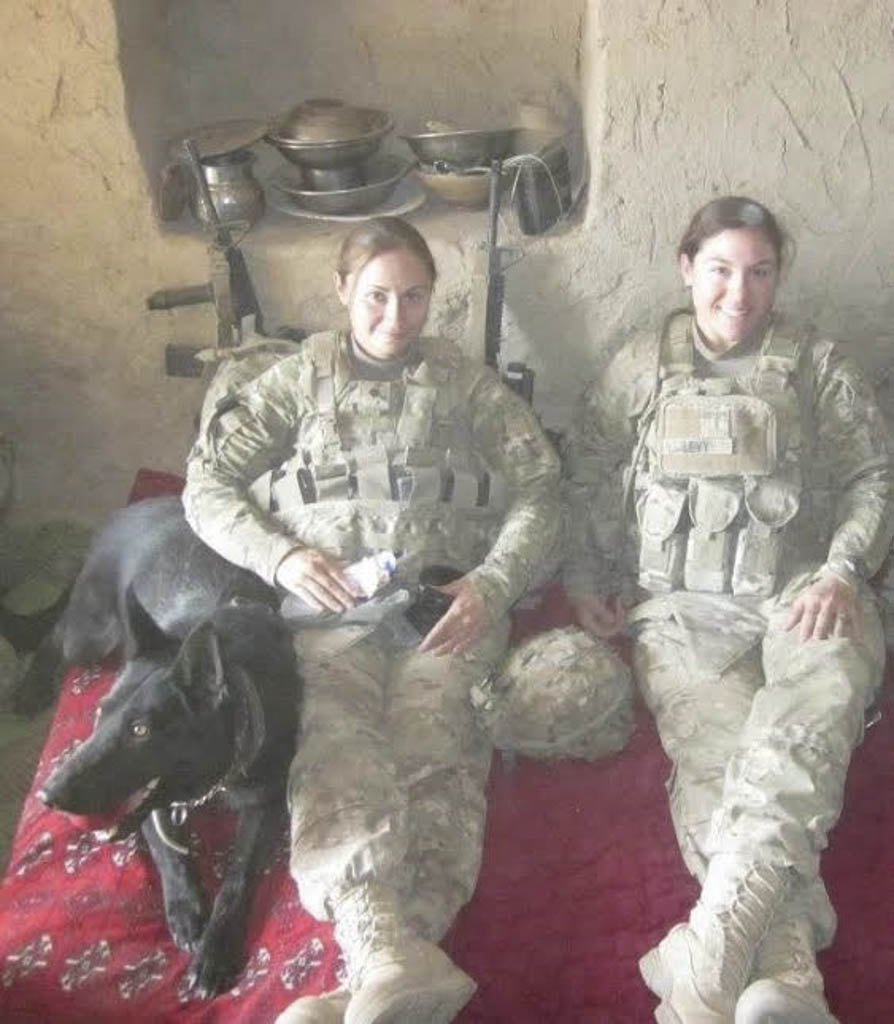 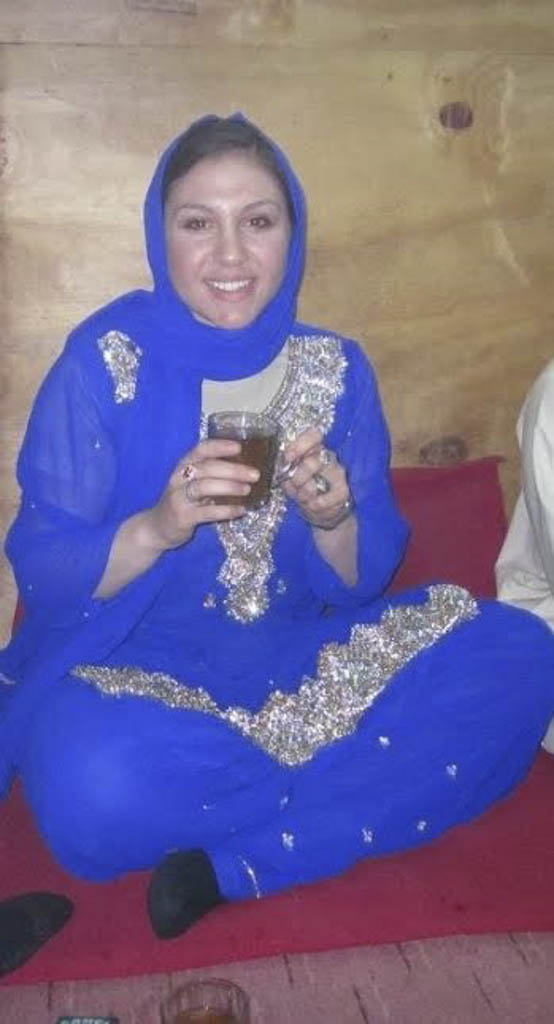 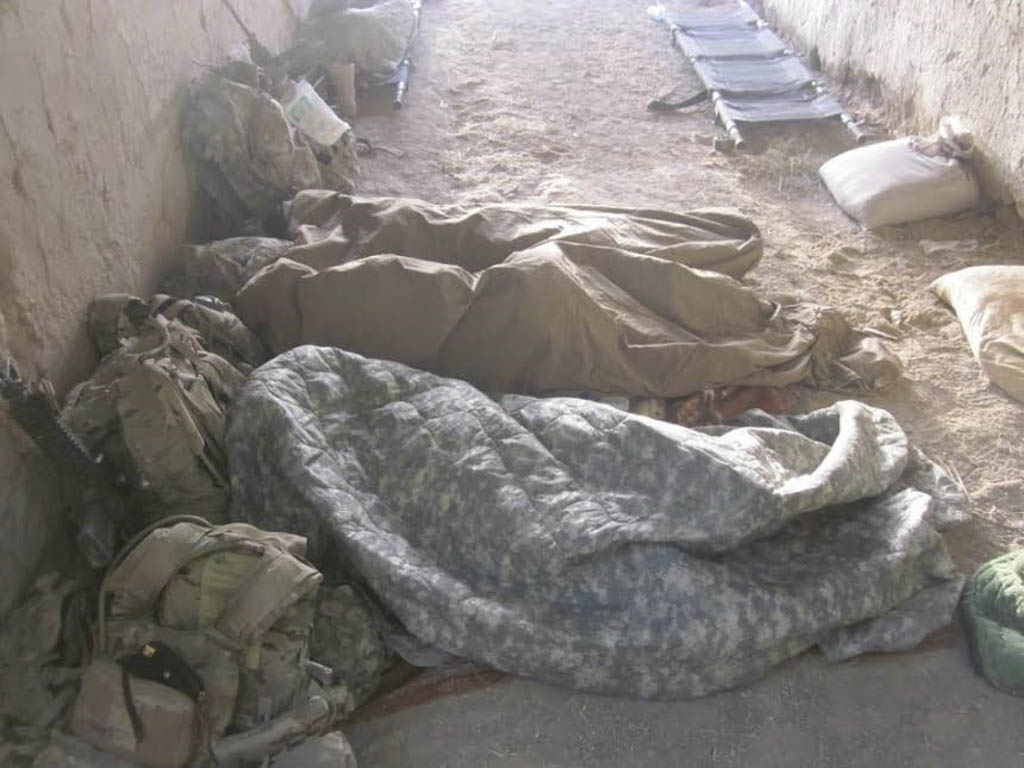 NORTH BRUNSWICK — Following a dream that began when she was in the eighth grade, Sarah Anne Levy is now a 27-year-old prominent member of the United States military — and an influential woman who has helped bridge gender gaps in Afghanistan.

Just over 10 years ago, Levy began the process of becoming a military officer by entering the U.S. Military Academy (USMA) at West Point.

“This process includes 47 months of academic, military and physical training to prepare graduates for a career of professional excellence and service to the nation as commissioned leaders of character dedicated to the values of duty, honor [and] country,” the North Brunswick native said.

Levy’s first duty station was Fort Riley, Kansas, as the maintenance control officer (MCO) for a cavalry squadron from 2010-12.

“When we deployed, I was appointed Female Engagement Team (FET) officer in charge. FETs are tools for commanders to engage the population of a community; since male soldiers could not interact with female locals due to cultural traditions, the FET would step in and communicate with women and children.

“The goal of our team was to discuss important topics [with] the women that we could then bring back to develop programs helpful to the local community. Our team consisted of women with various backgrounds who were chosen for their confidence, competence and adaptability to social interactions: a medic, a mechanic, a military police sergeant, a linguist and me,” she said.

Throughout her time in Afghanistan, she said she and her fellow officers took part in several air and ground insertions to serve as enablers to their squadron. When they were not on patrol, the team would assist with personnel searches at the local Women’s Center.

“Due to our constant interaction with the women at the Women’s Center, my team got an inside look at the life of Afghan women and customs. We tried wedding desserts made from gelatin, oil and powdered sugar as well as discussed married life far more intimately than I ever imagined the local women would.

“When our team entered the local houses made of hardened mud, we experienced Pashtunwali, the code of hospitality that included locals offering their homes for shelter as well as chickens, pomegranates and chai for dinner. When the male soldiers could not enter the homes due to female presence, our team would be responsible for internal security,” she said.

Calling her team “brave,” she recalled one experience in particular when her mechanic was pulling guard duty and made adjustments to the team’s location as they entered the seating area so she had better visibility of her sector.

During an unexpectedly funny moment, the team was on a mission during which they slept on bales of hay under the stars and woke up unsettlingly to chickens — with unusually long necks — mere inches from them.

“The ANA (Afghan National Army) staff regarded me not as though I were a woman or a man, but a female American officer, so they were not restricted from talking with me due to their strict customs regarding social interactions based on gender. These interactions gave me additional insights into Afghan culture since I could more easily observe the others engage in conversation about travel, marriage, work and the national sport called Buzkashi,” she said.

Upon Levy’s return to Fort Riley in 2013, she became an executive officer for a distribution company, responsible for the maintenance and accountability of 180 pieces of equipment valued at more than $26 million. She was second in command responsible for the training, discipline, quality of life, administration, professional development and combat readiness of 147 soldiers and their families.

“Due to my performance as an executive officer and prior performance as MCO, I was selected to interview for an aide-de-camp position [in 2014]. I was chosen by one of the first United Kingdom (U.K.) exchange brigadiers to be his new aide-de-camp to assist with the transition between him and an incoming U.K. brigadier. As an aide-de-camp, I liaised with the British embassy to ensure a smooth transition between two foreign general officers and relayed my boss’ intent to the Division Staff to increase synchronization,” she said.

As a transportation officer, Levy then studied at the Combined Logistics Captain Career Course (CLCCC) at Fort Lee, Virginia, in 2015 to prepare for command of support companies or to serve as multifunctional logistics branch officers.

Upon completion of CLCCC, she served as the movement control officer with the Multinational Force and Observers in Sinai, Egypt, from 2015-16. The 12-member multinational, independent organization conducts peacekeeping operations in support of the bilateral peace agreement between Israel and Egypt in the Sinai Peninsula.

“My team was responsible for coordinating, planning and managing all logistical support at our South Camp for all contingent forces in order to effectively provide support to the MFO and maintain mission readiness. This included moving 1,100 personnel throughout Israel, Egypt and their respective home stations,” she said.

This year, she has assumed the responsibility of liaison officer from her brigade to a division element while stationed in Germany. She ensures communication between commanders and staffs of different headquarters, coordination on tactical matters to achieve unity of effort and coordination measures to achieve synchronized results.

“My time in the Army has been fulfilling. Each job is progressively more challenging than the previous one, enhancing my logistics repertoire and critical thinking capability. Throughout my career, I’ve been fortunate to have commanders and higher ranking officers who have mentored me and peers who banded together and formed strong teams. My assignments have offered me opportunities to travel globally and meet people, both civilian and military, from all types of backgrounds,” she said.

Levy credits her family with furthering her success. She said she remembers conversations with her father and grandfather about their time in the Army. Her brother influenced her decision to scout out West Point. Her mother would drive her to football games at the USMA to talk with cadets.

“I consider myself extremely fortunate for the numerous mentors I’ve had throughout the years, both male and female. The best officers and non-commissioned officers I’ve had the privilege of working with are the ones encouraging their subordinates and peers to positively challenge themselves and learn from failure instead of dwelling on it,” she said.

She also has been greatly supported by her hometown over the years.

During her deployment, Mayoral Assistant Janice Larkin sent out requests for Support Our Troops, and Levy said the community rallied and sent more than 400 care packages of supplies to her unit, more than 50 care packages to the San Antonio Military Medical Center and 100 care packages to various overseas locations. She said multiple service and sports organizations, Veterans of Foreign Wars, private citizens and the local schools donated to the effort.

“The principals of several schools had their students write letters as part of their handwriting and composition studies. Elementary school students and town residents wrote hundreds of letters that were put into each package. There were collection points at the library and township building, thanks to [North Brunswick Library Director] Cheryl McBride and Mayor Mac Womack. It got to the point where my unit knew they were going to have a great week because soldiers would see the amount of boxes for Support Our Troops that would immediately go their way.

“Our township sent inclusive, robust care packages with amenities such as brand-name hygiene products, clothing, toys, cards, games, snacks and holiday baskets and stockings together with Jewish-specific donations, including menorahs. North Brunswick not only supported one of their own, but the community also adopted over 400 members of my unit,” she said.

As for the future, Levy said that after she completes Key Development time as a commander, if she has served three years in Germany, she may be moved to another duty station or position.

“Keep focused and remain flexible and vigilant for unexpected opportunities. Set small goals for yourself and increase the level of difficulty each time — you’ll see your goals are no longer as intimidating and you’ll have practice both failing and succeeding. Finish your goal, no matter how long it takes, then move on to your next challenge,” she said of advice she has for those interested in joining the military.

“Do not sit on your laurels; continue to strive for your best performance even if the job is not what you wanted or expected; your performance is your everyday job interview for greater opportunities. Remain positive; you can only move forward if you stop holding yourself back, so get over whatever embarrassment it was and move on.

“Show that you care; you may not be the best at what you do, but your peers and subordinates respect those who give their all for them and will rally behind you. Dare and endure; dare yourself to be bolder, better, stronger and endure the difficulties to strengthen your resolve and get past tough times. Take care of yourself emotionally, physically and spiritually; know that asking for help is not a weakness, but a strength.

“You are your greatest competitor and advocate; be self-critical and use what you’ve learned to improve and then move on to your next task. Learn to enjoy your own company and figure out what it is you like to do for fun, relaxation and self-development. Keep up with local and international news through various outlets.

“Read! It doesn’t matter what genre, reading improves your social interaction, problem-solving and writing skills. Many commanders put out a commander’s recommended reading list for their units,” she said. 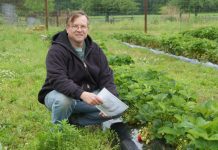 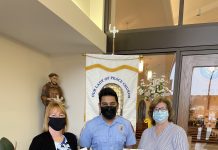 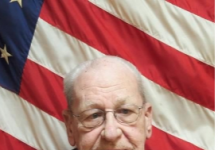