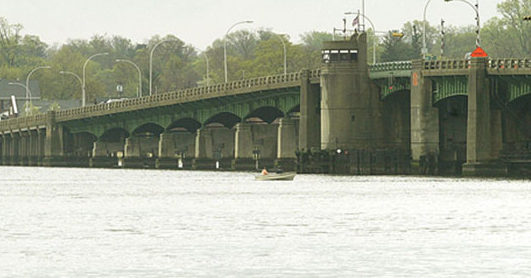 RUMSON — Forty-five students from four schools competed for top honors at a Dec. 3 Forensics Festival that was held on the campus of Rumson Country Day School (RCDS).

The girls competed against students from their school, Ranney School, from Tinton Falls, Ocean Township Middle School and Oak Hill Academy from Lincroft.

The girls had to compete in categories, such as dramatic pairs, storytelling and humorous interpretation of literature.

Risin, a sixth grader, used to let her nerves get the best of her, but has started to break out of her shell thanks to RCDS.

“Performing can be nerve-wracking,” she said. “It’s a challenge to convince an audience that you’re someone else, especially without a large cast. Working with a supportive partner in dramatic pairs allows you to tackle that challenge together.”

Risin’s partner Rizzo, a new student at RCDS, has found her transition has become a lot smoother thanks to Forensics.

“Not only does Forensics allow me to practice performing in front of an audience, it gives me the opportunity to work closely with a partner and make new friends.”

Kathryn’s mother, Nina, is very appreciative of RCDS because it has helped to build her daughter’s confidence.

“No one seems scared,” she said. “In the short time that Kathryn has been at RCDS, she’s found a niche, formed relationships and has the courage to perform in front of people she doesn’t know.”

After spending three months practicing, students are able to showcase their talents at the festival.

According to Forensics Coordinator Rebecca Andrews, Forensics highlights many strengths like public speaking, diction and posture.

“These are skills that our students use every day, whether it’s presenting a project in the classroom or having a discussion one on one,” she said. “Working together builds confidence and facilitates teamwork — important qualities that we address at RCDS at a young age.”

Nine of out 10 students at RCDS are involved in extracurricular activities.

The next event is the Debate Tournament slated for Feb. 4.