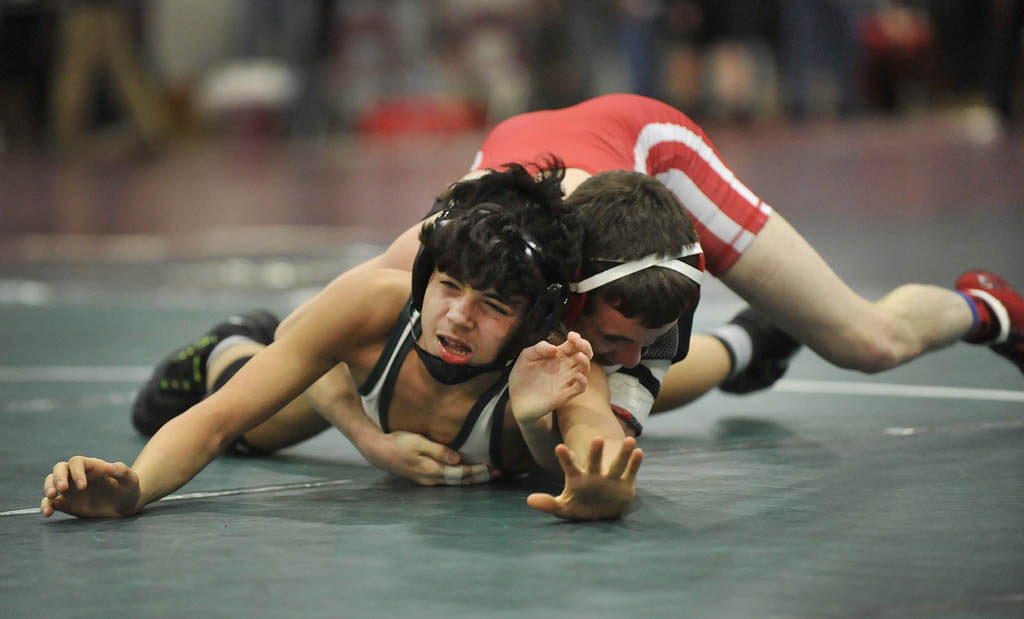 The Long Branch High School wrestling team has many shoes to fill after losing five district champions. But that’s rarely a road block for the Green Wave, who have talented underclassmen ready to take charge.

Already, Long Branch is showing signs that it won’t miss a beat following a 16-4 season and a second-place finish in the District 22 tournament. The newcomers kicked off the new season by bringing home some hardware. Freshman Ryan Zimmerman (106 pounds) and sophomores Ray Guzman (113) and Luke Arnold (152) each took second place at the Neptune Classic Dec. 16. The Green Wave finished second as a team at the competitive showcase.

Head coach Dan George was excited by what he saw.

“We feel that our kids work really hard during the season and the offseason. We had a really good offseason, and we hope we have a really good showing during the season,” said George, who is coaching his 27th season at Long Branch. “We’re in a really difficult division (Shore Conference Class B North) with Wall, Middletown North, Middletown South and Ocean, but we’re looking to go to battle with them.”

The Green Wave have a strong group of returning starters that create the backbone of the team.

Senior Carlos Irizarry, who earned a bronze medal in the Neptune Classic, brings veteran leadership to the bottom half of the lineup. Long Branch has experience at the top, too. Senior Hunter Marhan took third place at 220 pounds last weekend, and junior Pete Wersinger is back after a 19-win season and a third-place showing at districts.

Junior Chris Dean is a two-time medal winner at the District 22 tournament, and Guzman had 15 wins as a starter in his rookie campaign. Junior Isaac Shohet is another returning starter, and he was a second-place finisher in Neptune at 138 pounds.

The Green Wave certainly got younger on the heels of losing a strong class of seniors, including T.J. Conlon, Joey Jasio, Lamont Reid, Danny Mullan, Mike Shohet and John Tomlinson. Even with so many new faces in the starting lineup, George expects the Green Wave to outwork everyone else in the Shore Conference.

“We lost a lot of wins out of the lineup, but I think we can fill the void,” George said, noting that Long Branch’s feeder program sends a steady flow of up-and-coming grapplers to the varsity team.

In fact, Long Branch Middle School has lost one match in the last three years.

“We have 65 kids to choose from,” George said. “There are a lot of guys working hard. Good things can happen if we keep working hard.”

The Green Wave were scheduled to hit the mats in their first B North dual meet Dec. 21 at Middletown High School South.

Long Branch, which was moved out of District 22 before the season, will compete in the District 23 tournament in February.