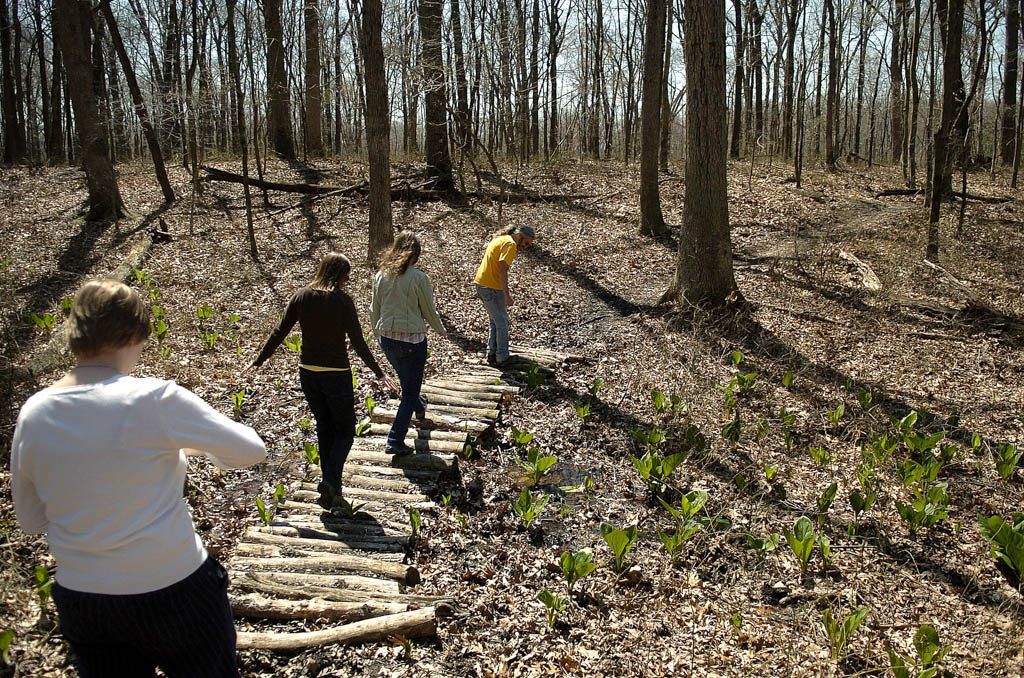 MONROE — John Riggs is the guy who wore many hats and who brought sustainability, berms and sidewalks into town.

“What we see is the beauty in this town, the berms … the landscaping,” Mayor Gerald Tamburro said as he recognized Riggs on his retirement at a recent council meeting. “You made this town [have] the look that it has today.”

Riggs retired as environmental protection manager for the town on Dec. 5. The mayor and council presented him with an award showing their appreciation for his decades of dedicated service to Monroe Township.

Tamburro said homes along Perrineville Road down Prospect Plains Road to Applegarth Road are protected by berms and landscaping created by Riggs, ensuring homes would have proper buffers from the buildouts not only to screen them, but making sure areas are environmentally sound.

In his earlier years, Riggs served on the Parent Teacher Association Executive Board and the Citizens Advisory Board to the Planning Board, was a member and chairman of the Zoning Board of Adjustment, was a mayor’s liaison to the county Transportation Committee, served as a former president of the Democratic Club, and is a former Democratic municipal chair.

He was sworn in a Councilman-at-Large on May 1, 1989, and resigned in September 2006 to take a full-time position on the township’s Environmental Commission. He was also appointed to the Planning Board as a Class II member.

“I remember John’s involvement early on when I got on the council as a representative of the Mother’s Club and he told me he was actually on the auxiliary of the Mother’s Club, who were responsible for the country fair every year,” Tamburro said. “From my standpoint as councilman and now mayor, any job we appointed John to, he would get done.”

Township Business Administrator Wayne Hamilton said that when Riggs took over as environmental protection manager, his involvement in the township picked up more steam.

Riggs served on the Environmental Open Space Advisory Committee, on the Cultural Arts Commission since September 2006, as municipal housing liaison to the Affordable Housing Board, was appointed director of Planning Environmental Protection in September 2012, was involved actively in the development and the idea of the community garden, served as a member on the county Agricultural Board and served as shade tree conservation officer.

Councilwoman Betty Schneider said she first met Riggs when he was on the council.

“When I heard you were going to resign [from the council] and take a different position, I thought, ‘Oh my God, what a great loss,’” she said. “But it was not a great loss. I will miss you John. You have been a wealth of knowledge and very patient when I come down and ask questions.”

Councilman Michael Leibowitz said he met Riggs when he was appointed to the Zoning Board in 1978 and 1979.

He said the two ran against each other in the early 1980s for a council seat. Leibowitz said he had won by six votes.

“We had a recount and I still beat him,” he said with a laugh. “Then John was appointed to the council. … We have become pretty good friends. I have to say every hat he put on, he became very serious and very adept to doing the job.”

Council Vice President Stephen Dalina said Riggs had a heart that was open to all of his endeavors and all his accomplishments.

“I think that is an attribute that makes you so unique and so successful in all those endeavors,” he said to Riggs. “You are a wealth of knowledge. I always look to you and what you do and I try to emulate that.”

“Your goal was to make sure this was a sustainable and walkable town between the sidewalks, bike paths and riding trails,” she said to Riggs.

Koppel said Riggs has been a wealth of knowledge that people would go to because of the trust he has built with them over the years.

Riggs said it has been a privilege to serve the residents of Monroe for well over 40 years in the various capacities.

“Residents of Monroe have been gracious to me,” he said. “I have served the town with very professional administrations.”

Riggs said it didn’t matter what political party one side was on, they would work together on resident problems and work on how they could solve them.