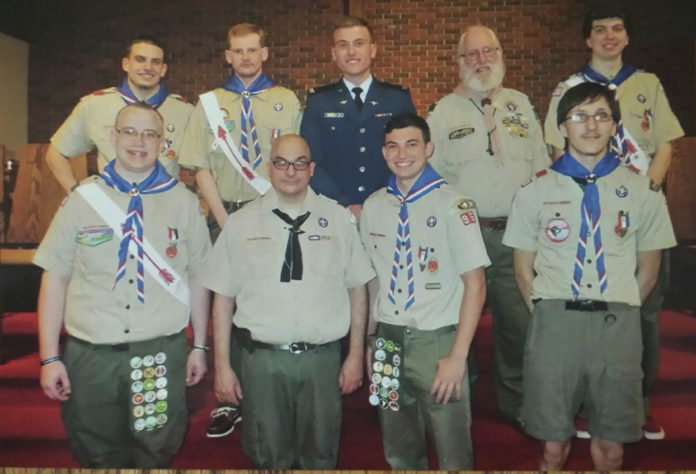 SAYREVILLE — Boy Scout Troop 96 of Sayreville has elevated seven of its members to Eagle Scout status.

Andrew held a spaghetti dinner and raised money to purchase an automated external defibrillator for the VFW.

Robert Nunes created an outreach program to help neighbors with chores they could not do themselves.

Casey refurbished the patio and bathrooms at Burkes Park.

Christian built steps and a walking path at a local park.

Robert Frank refurbished the Wilson Elementary School courtyard that was damaged by superstorm Sandy in 2012.

Robert Nunes graduated from SWMHS in 2011 and The College of New Jersey and works in Manhattan.

Christian graduated from Christian Brothers Academy in 2015 and is serving in the U.S. Air Force, based in Colorado.