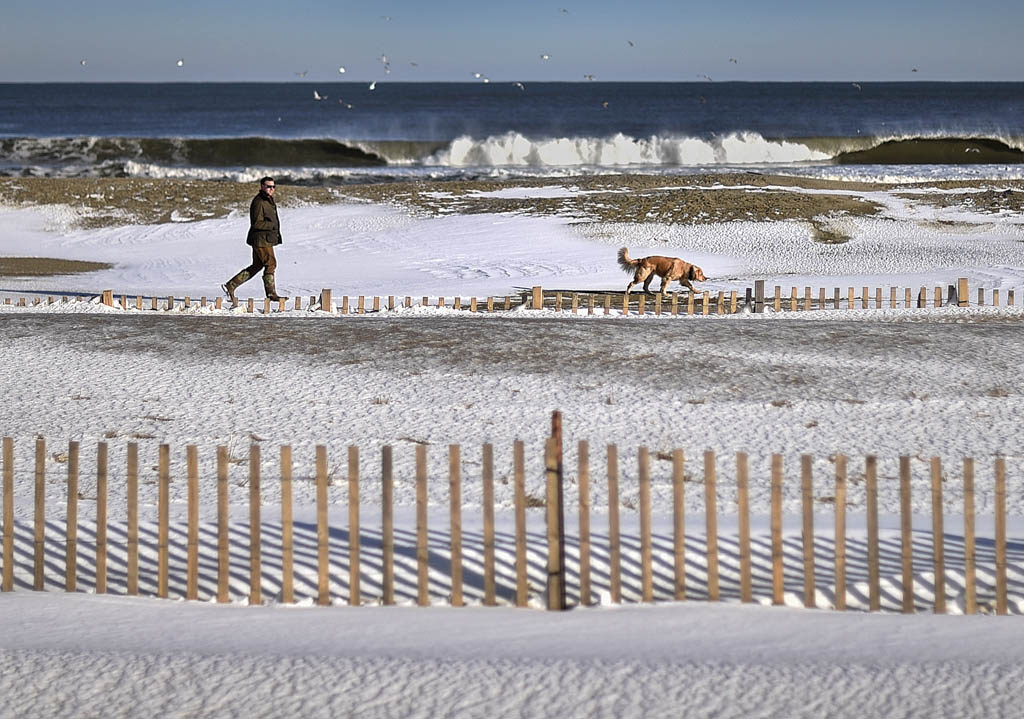 The Securing Access to Networks in Disasters Act – the SANDy Act – passed the House of Representatives on Jan. 23. The bill will help ensure the resiliency of communications networks during emergencies.

Congressman Frank Pallone Jr. (D-Monmouth, Middlesex), the top Democrat on the House Energy and Commerce Committee, originally introduced the legislation to Congress to help ensure the resiliency of the nation’s communications networks during emergencies.

During and after superstorm Sandy, there was a major breakdown of communications networks, including cellular and home telephones, television and Internet services. This created a dangerous barrier to emergency response and recovery for residents and towns.

The SANDy Act would make sure all communication providers — radio, TV, Internet and phone — can fix outages faster, even across state lines. It will recognize the critical role that these service providers play during emergencies by providing priority access to otherwise restricted areas during emergencies like other utilities to help them repair and maintain their communications equipment during disasters. It would also begin a process to provide 911 services over Wi-Fi hotspots during emergencies.

“I am proud that we took another step towards enacting legislation that will help first responders, businesses and private citizens communicate during disasters,” said Pallone.

“In New Jersey, we learned firsthand during [superstorm] Sandy the importance of communications during an emergency. Broadcasters and cable providers give us the critical information we need to stay out of harm’s way. Making a call for help is difficult when the power is out, and when the cell towers are also down, it can be nearly impossible. We must do everything we can to be better prepared for the next time disaster strikes,” he added.

Since he became the top Democrat on the powerful House Energy and Commerce Committee, Pallone has redoubled his efforts to improved communications during emergencies.

After superstorm Sandy pummeled the Jersey Shore in  2012, Pallone held a Superstorm Sandy Field Forum with local officials, industry leaders and senior FirstNet representatives to take a critical look at lessons learned and progress made with public safety telecommunications since the storm struck. Pallone used the information to craft the bill and improve the resiliency of communications systems.

“Superstorm Sandy had a dramatic effect on my district back in New Jersey, and we saw firsthand how critical communications networks can be during emergencies,” Pallone said during the bill’s debate on the House floor.

“Broadcast and cable networks provide crucial information that helps us stay out of harm’s way. Phone and Internet access makes sure we can call for help and keep track of our loved ones. Unfortunately, when Sandy ripped through the Northeast, many of these networks went down when we needed them most,” he said.

“Across the region, nearly one in four cell towers were knocked out. But in some of the hardest hit areas of New Jersey, as many as half of the towers went down. Many of them stayed down for weeks. And that is why I have spent the past several years figuring out what went right and what went wrong.”

He further explained, “Most important, that framework makes sure that if one cell network goes down, like AT&T did during Sandy in my district, its customers can access another network, like Verizon, that was still operational. Everyone should be able to call for help as long as any signal is available. The other major problem was the inability of communication services to repair their equipment.

“The SANDy Act will recognize the critical role that wireline and mobile telephone, Internet, radio and television broadcast, cable and satellite services play during emergencies.”