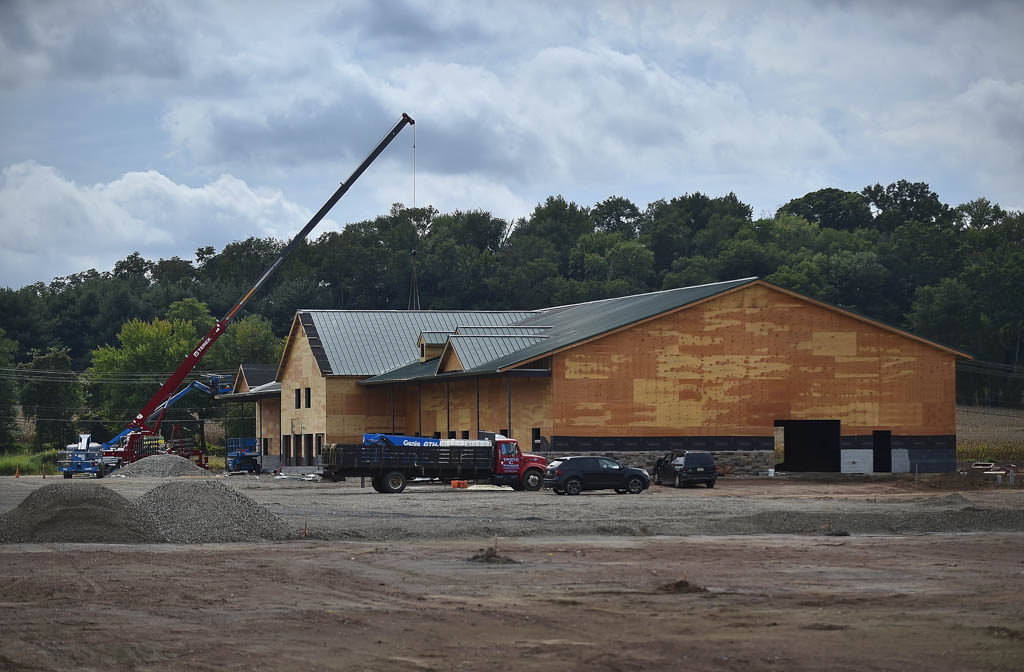 OLD BRIDGE — Officials are proud that the Building Department is thriving in the township.

“The numbers are daunting,” he said. “Do the math. How many complaints do we really get — a handful? So we have made a lot of progress with a lot more to do.”

Henry, Business Administrator Christopher Marion and Patrick Reardon, construction official and fire sub code official for the township, apprised the Township Council on highlights from last year in the Building Department and what is in store for 2017 during a council meeting on Feb. 6.

Reardon said the department expanded its community outreach program with the mayor and his administration through two training sessions on the eGov online system for building/code permits for apartment managers and realtors in the township.

“We helped them use the system and familiarize them with our procedures and requirements,” he said. “We also completed the process of the zoning application on the eGov online system that is now live [on the website].”

Reardon said officials reassessed the fee schedule for permits, which was approved by the Township Council at the meeting.

In 2016, the Building Department hired an additional plumbing inspector to help with the backlog on plumbing inspections. The department extended its hours and is now open from 8 a.m. to 4 p.m.

Reardon said for 2017, the goals are to move forward on the vacant properties ordinance that was adopted last year.

“We will start taking care of those properties,” he said.

The department will continue community public outreach and increase its social media presence with the help of the township’s television department.

Marion said all can agree that the goal for the department is health and safety.

“The mayor has repeated that multiple times — we are here to protect residents that are in the process of moving into Old Bridge and make sure their homes meet code,” he said.

Henry said the workload of the Building Department is filled every day.

“It’s a pretty tough job for a town of this size,” he said.

Township officials said with the vacant properties ordinance on the horizon, officials have proposed one full-time building inspector and one sub code inspector in the 2017 budget.

“Right now we are reactive than proactive in code enforcement,” he said. “It is complaint-driven.”

Henry noted that Steve Mamakas, executive officer of the Mayor’s Office of Economic Development and chairperson of the Old Bridge Business Alliance, has been meeting with landlords and building owners to make sure they go through the right process.

“There may be times no matter what we do, people don’t want to go through that process,” he said. “I don’t know how many times we’ve caught people working without permits and they really have put public safety at risk, and that is unacceptable here.”

“I believe that is because we have a Building Department that does its job,” he said. “And sometimes doing its job is very difficult. We are not the enemy. We will be working with anyone who wants to work with us.”

Township Council members praised Reardon and the township administration on their hard work in addressing issues that residents have brought up to them, which have included inspection hours and commercial buildings and/or residential homes not being inspected on time.