Monroe officials promise to fight for fair share of funding 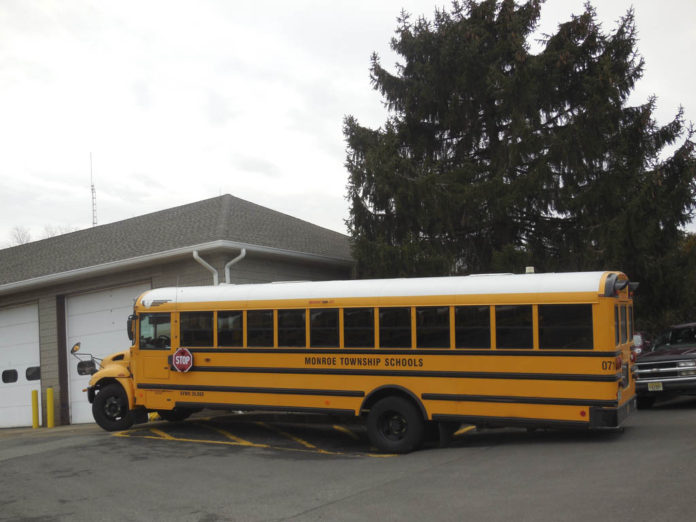 MONROE — Township and school officials are joining forces as they continue to provide pressure on state and local legislators in seeking their fair share in state aid.

Mayor Gerard W. Tamburro discussed the school funding formula at a Township Council meeting on Feb. 6. He said he was invited to testify at the second public hearing of the bipartisan Senate Select Committee on School Funding Fairness before co-chairs Senate President Stephen Sweeney (D-Gloucester) and Sen. Joseph Pannacchio (R-Morris) that was held Feb. 2 at Middlesex County College in Edison.

The Senate hearings generate more input from educators, local officials, residents, advocacy groups and others on the flaws and resulting problems caused by the funding formula and the best way to make needed reforms.

Tamburro said public school student enrollment in the last seven years has skyrocketed 20 percent from 5,500 students to over 6,600 students in the Monroe district.

“Despite an increase in enrollment of approximately 300 students this past year, our state aid only increased $15,000,” he said, adding that the state aid funds only 1 of 300 students, or $50 per new student. “It is anticipated that 300 new students will be added in each of the next five years.”

Tamburro said the amount of state aid the school district has received has been devastating to taxpayers.

He said Monroe Township is one of the fastest growing municipalities in the state. He said in the last seven years, Monroe Township has issued 2,153 certificates of occupancy for new residential construction with 1,058 of those being age-restricted.

“Now, with the recent affordable housing court settlement, over 4,000 additional residential housing units will be built over the next 20 years and only 700 will be age-restricted,” he said.

Schools Superintendent Michael Kozak said he had also testified at the hearing in Edison. At a Board of Education (BOE) meeting on Feb. 15, Kozak said his optimism is guarded as it pertains to what the Monroe Township School District will receive in state aid this year since it is an election year.

“I’m a pretty optimistic person, but my optimism is guarded with this particular year,” he said. “The governor [Chris Christie] has to do his budget address in late February/early March, and at that time all of us will know what kind of funding we will receive. The Legislature has until June 30 to approve the budget.”

Kozak said no matter what happens, township officials will continue to push until the school district receives the amount of funding it should be getting.

“This is especially [important] considering the number of students that are coming through our doors and especially with other districts that have lost enrollment [and] are being held harmless while we are being harmed,” he said.

Kozak said officials had been invited to testify before the Assembly Education Committee on Feb. 23 to relay their message.

“We will continue to work on [their fair share] until we hopefully have some resolution,” he said.

Kozak said he recorded a new television show for local Channel 28’s “Focus on Education” with the hopes to use the program to feature staff and students in the district while keeping the community apprised of the efforts to secure a fair share of state funding and their ongoing work to address their increased student enrollment.

Board President Kathy Kolupanowich said the town was well represented at the Senate hearing on Feb. 2. She said Tamburro said it best when he testified that Monroe Township sends $39 million to Trenton every year and yet only receives $3 million back.

“That means that $36 million of Monroe taxpayer money goes to someplace other than Monroe, and therefore they have to make up that difference,” she said. “It puts a major burden on our taxpayers for having to shoulder the majority of the district and operating budget through property taxes.”

Kolupanowich said the BOE is currently putting together an ad hoc committee chaired by Board Member Ken Chiarella and made up of community members that would be a valuable addition to their fight including township officials, representatives of the Monroe Township Education Association and residents.

“Our hope is to get the committee up and running as soon as possible,” she said. “The more people we invite, the louder our voices will be heard.”

Chiarella said the district needs to leave all options in regards to school funding on the table and hold their elected officials accountable.

The Assembly Education Committee will meet from 3-7 p.m. at the State House Annex in Trenton on Feb. 23.