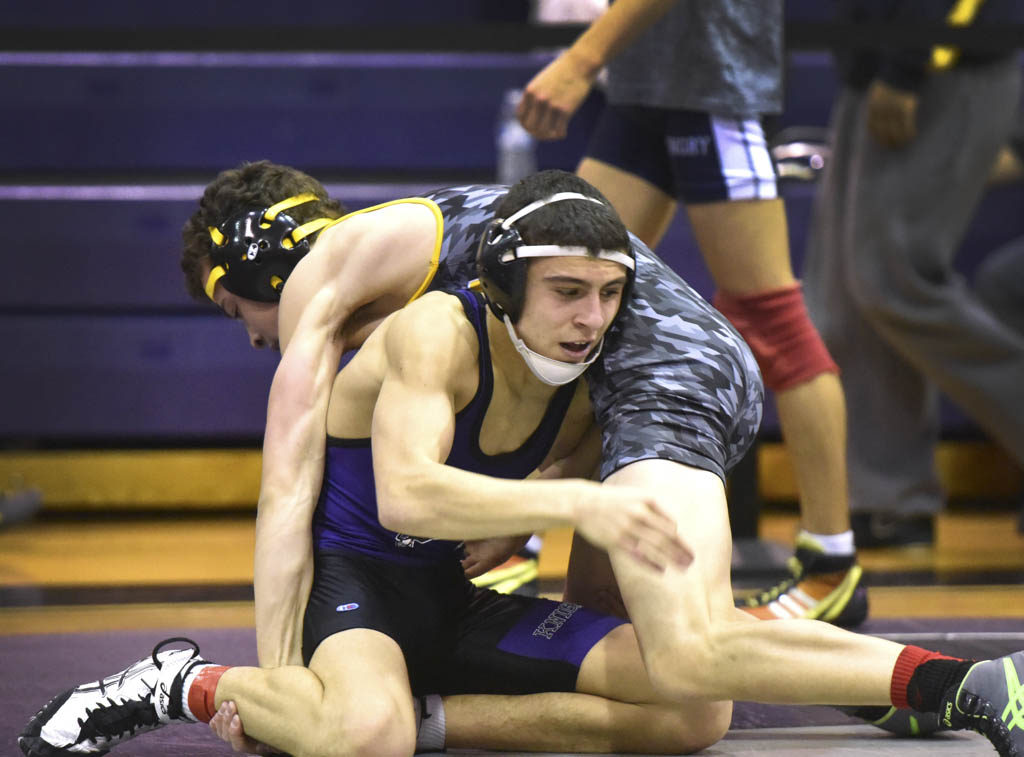 Host Old Bridge High School boasted a pair of champions at the NJSIAA District 19 wrestling competition, and Sayreville War Memorial High School had one. In all, seven competitors from the neighboring schools will be moving on to the Region 5 event.

Bombers heavyweight Mike Porcaro took his title in dramatic fashion, pinning Edison High School’s Jack Karvaski at the 4:55 mark in what had been a fairly even match at that point. With the victory, the senior improved to 34-1 on the year. It was also his second win over Karvaski. It’s also the fourth year in a row a Porcaro claimed the crown. His older brother, Anthony, had won the previous three seasons.

Sayreville coach Marcus Ivy noted that the younger Porcaro spent most of last season training against his brother while preparing himself for his senior campaign.

“Mike was ready, there’s no doubt about it,” Ivy said. “He could not have had better training than going against his brother for a year. It was good for Anthony, too.”

Mike Porcaro will be joined at the regional competition by teammates Corey Knoth and Trevor Mastorio. Knoth, who recently moved back to the area, is 5-4 overall but is quickly rounding into form, Ivy said. The senior took second after falling to Princeton High School’s James Verbeyst in a major decision at 182 pounds. Mastorio, meanwhile, finished third after downing Charles Peterson of Saint John Vianney High School, 5-3, at 132 pounds. The Sayreville sophomore is 26-9 overall.

For Old Bridge, Mike Botte brought home a district championship for a second year in a row. Botte, who won at 113 pounds as a freshman, outpointed Marlboro High School’s Alan Lipovetsky, 8-1, to win at 120 pounds.

At 113 pounds, Jake Wiatrowski scored a major decision against Pingry School’s Brandon Spellman. The sophomore was the runner-up last season at 106 pounds. Both Botte and Wiatrowski have surpassed the 20-win mark on the year.

Old Bridge coach Bryan Garnett had high hopes for the two prior to the season. With a generally young team, the Knights’ mentor sees them as future leaders for his team.

“Jake and Mike had excellent freshmen seasons,” Garnett said. “Now the bar is a little higher, but they’re up to it. They work hard and do all the right things. We have a pretty tough schedule, so they’re going up against good competition.”

In addition, junior Chancellor Cooper took second place in the difficult 182-pound weight class after falling to Josiah Walker of St. John Vianney in the finals. Sophomore Alec Meyers turned in a strong tournament but was matched up against Princeton’s Alec Bobchin and lost a major decision. Bobchin was named Most Outstanding Wrestler for the event.