By Philip Sean Curran, Staff Writer
Princeton animal control officer Saul “Nate” Barson, charged with child sex crimes involving a 13-year-old boy, claimed for the first time last week that he had lost his town-issued cell phone, despite being asked in February to turn over all government property in his possession., Municipal administrator Marc D. Dashield said Monday that Barson, 29, had notified Princeton Police that the phone is missing, the first time that he had reported it was gone. Barson did not indicate how or when he lost the device, Dashield said., Dashield said he was not sure whether any phone and text message records on the device could be retrieved by going through the phone’s service provider., Dashield said he had sent Barson a letter in February, after Barson’s arrest in Bucks County, Pennsylvania, asking him to turn over all town property. That would have included keys, identification and his phone, he said., The Feb. 20 letter from Dashield, a copy of which the Princeton Packet obtained, notified Barson of his unpaid suspension and told him “any equipment or property belonging to the municipality should be returned immediately.”, On Feb. 21, the Packet filed with the municipal clerk’s office a government records request seeking, among other things, any and all text messages sent to and received by Barson’s town-issued cell phone, from Jan. 1 to Feb. 20. Town clerk Kathleen M. Brzezynski, in a March 15 letter to the paper, said that “at this time, we are unable to retrieve any of Mr. Barson’s text messages.”, Barson’s lawyer, Steven M. Jones, had no comment Monday., The revelation of the missing phone comes only days before Barson has his next court date. He is due in a Pennsylvania court Wednesday, in Doylestown, for a preliminary hearing on his case. He is free on bail., He has been a municipal employee since July 2015. But he was suspended from his $53,398-a-year-job Feb.20, the day Solebury Township Police, in Bucks County, arrested him on sexual assault and related charges., Authorities have claimed that Barson, using the alias of “Jake,” had met a 13-year-old boy on the Internet. The two allegedly had sex inside Barson’s personal pickup truck in a park, in Solebury, on Feb.3, police alleged. The child’s mother, however, got the license plate of the vehicle, police have said., Subsequent to his arrest and suspension, the town said Barson, of West Amwell Township, Hunterdon County, had passed a criminal background check, and that he had served as a backup crossing guard in Princeton., Barson’s municipal vehicle was searched, Dashield has said., “I don’t know if there was an official inventory of what was inside the vehicle,” Dashield said last week. “I know they went through it (and) there was nothing in there that was unusual.” 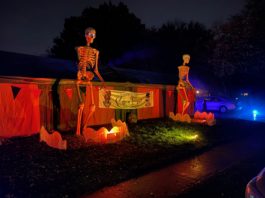 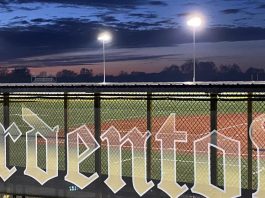 Five candidates will vie for three open seats in Bordentown Board...