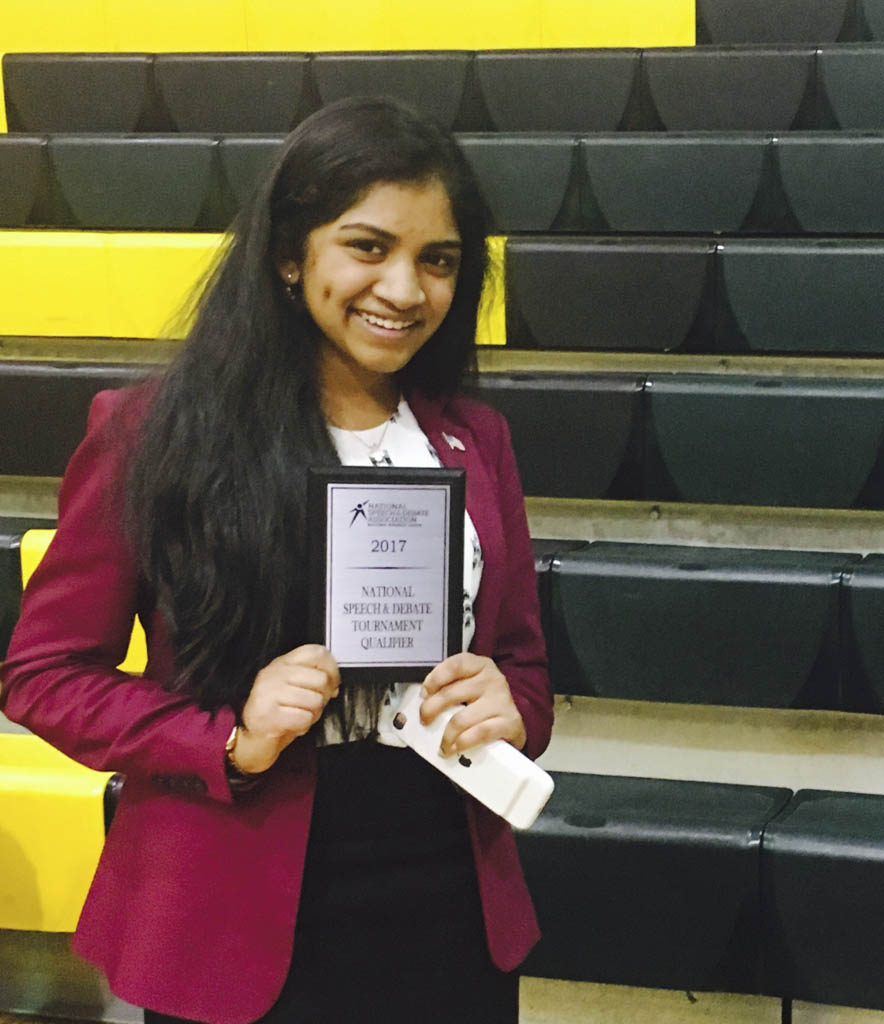 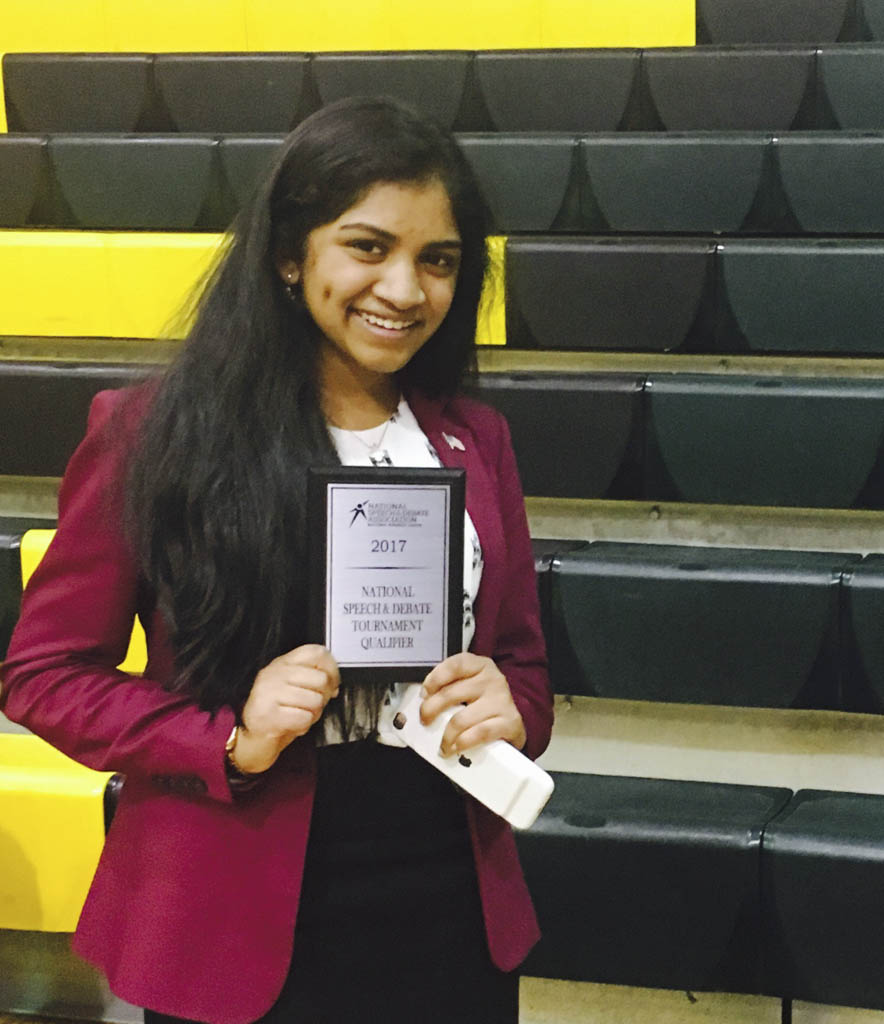 EAST BRUNSWICK — Suchritha (Rita) Patlolla will be one of just five students who will represent New Jersey in a congressional debate in the 2017 National Speech and Debate Association’s (NSDA) National Tournament in Alabama in June.

The East Brunswick resident, who is a member of the Class of 2019 at The Hun School of Princeton, took first place in the U.S. Senate division at the New Jersey NSDA Congress Tournament in Montville on Feb. 25. Her achievement qualifies her for the national tournament June 17-20 in Birmingham, Alabama, which will have a total of 250 congressional debaters from all 50 states.

Rita is president of the Hun Congressional Debate Club. She started debate in sixth grade, and when she arrived at The Hun Middle School in eighth grade, she took part in the school’s signature debate program, according to a statement prepared by The Hun School. That year, she finished eighth nationally among middle schoolers in the congressional debate.

Rita must do extensive research for her debate, writing “bills” that are then argued in competition. For the February tournament, she wrote a bill to identify security flaws in U.S. maritime ports. Her bill was among the 10 that judges chose for participants to debate the pros and cons of, as they would in the U.S. Senate or U.S. House of Representatives, according to the statement.

“I really enjoy the mental challenge of debate,” Rita said in the statement. “I am constantly learning.”

Her research has taught her about everything from U.S. immigration law to subprime mortgages.

She has competed at tournaments at universities around the country, including Harvard, and she also has qualified for the prestigious Tournament of Champions at the University of Kentucky in Lexington on April 15. 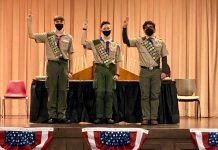 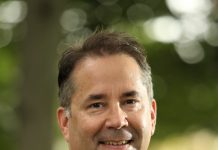