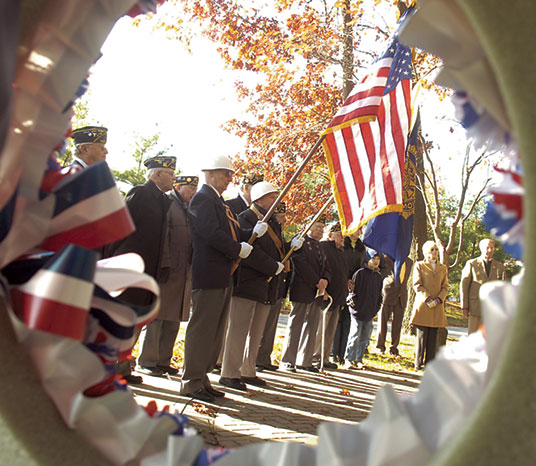 MONROE — Residents will not see an increase in the municipal portion of their 2017 property tax bill, which Monroe Township Mayor Gerald W. Tamburro said is the result of residents, employees, volunteers and members of the township’s boards and commissions working together for the betterment of the community.

The Township Council introduced a $56.15 million budget on April 3. A public hearing and adoption of the budget is scheduled for the council’s May 1 meeting.

“Monroe continues to offer unrivaled services, superior schools and one of the safest communities in the state, all while securing one of the lowest tax rates in Middlesex County,” Tamburro said.

In addition to maintaining a stable municipal tax rate, the township has facilitated no increases for residential water and sewer services for the 26th consecutive year.

One of the largest capital expenses in the 2017 budget is $2.5 million for the purchase of land in southern Monroe. Officials said the land will be turned over to the school district in exchange for $1 in the upcoming months.

The parcel is being considered as a future home of a second middle school in the Monroe Township School District. School administrators have said the construction of a new middle school and a new elementary school is needed to address projected student enrollment growth in the next five to 10 years.

Other capital improvements in the budget include pedestrian and road enhancements along Monmouth Road, park and ride improvements, the design of a public safety complex, equipment for the police department, emergency medical services and public works department, as well as new paving projects.

“We understand the importance of capital improvements,” Tamburro said. “In recent years we budgeted for traffic signals at Perrineville and Federal roads, and at Matchaponix and Spotswood-Gravel Hill roads, renovations to the Prospect Plains Road soccer complex and lighting upgrades at our library’s parking lot. These are important facets when considering our residents’ safety and quality of life.”

Officials said that despite their careful planning, Monroe has been facing challenges over which they have no control, including flat or declining municipal and school state aid for eight years, as well as New Jersey’s homestead rebate program that no longer distributes the same level of relief as it did in previous years.

Officials said the state has cut the average homestead rebate from about $1,200 to about $500 per qualified household.

“While many people once leveraged this program to offset their yearly property taxes, it has become a highly insecure safety net for our residents. As always, we are seeking county and state grants to help alleviate some of the burdens being placed on our taxpayers,” Weinberg said.