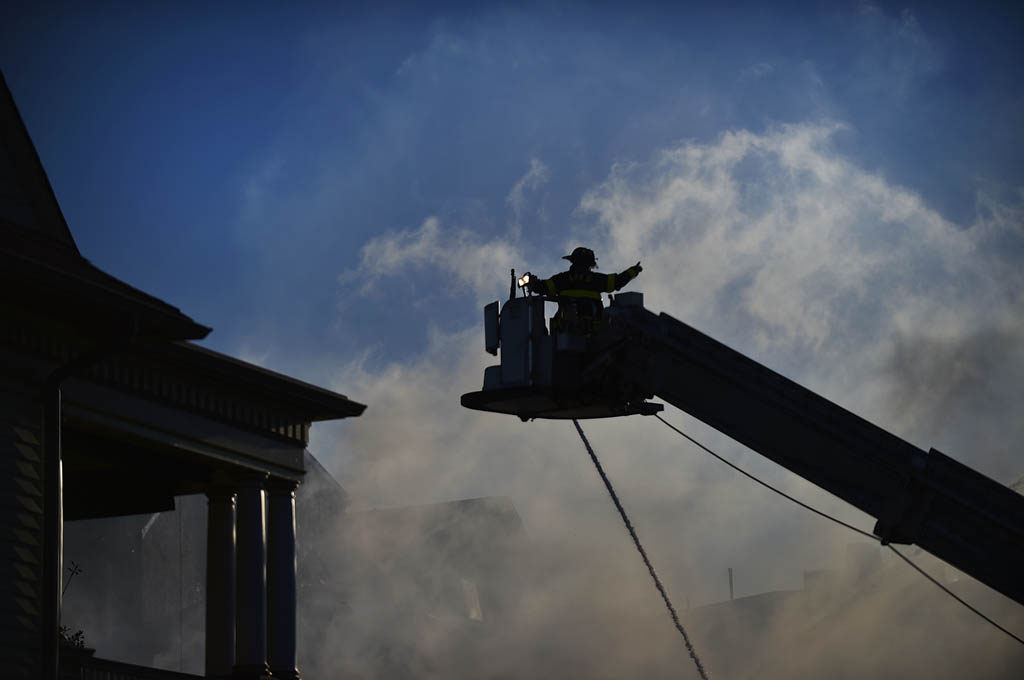 NORTH BRUNSWICK – Two firefighters were injured and a family had to jump from a second floor window during a fire on Georges Road.

Around 1 a.m. April 11, North Brunswick police were dispatched to a fire at 643 Georges Road, which is a one-story barber shop in the front and a two-story dwelling in the rear, according to information provided by the North Brunswick Police Department.

Officers arrived to find several occupants of the structure in the front of the building awaiting assistance, discovering that a juvenile family member awoke to discover the fire, alerted the others, and all narrowly escaped by jumping from a second floor window, according to police.

The family was transported to area hospitals by the North Brunswick First Aid & Rescue Squad, with the most serious injury reported to be broken ankles from their landing, police said.

The North Brunswick Fire Department brought the blaze under control in about an hour, and remained on scene most of the morning to fully extinguish and overhaul the incident. The dwelling is gutted, and three other buildings adjacent to the fire building were damaged by fire conditions, police said.

Two firefighters were injured during the incident, both with non-serious injuries, police said.

The fire is under investigation by the North Brunswick Fire Marshal’s Office.