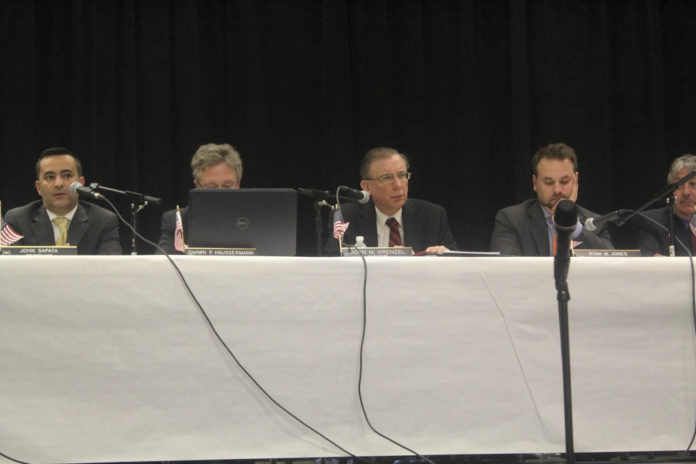 SOUTH RIVER – After facing months of opposition from numerous residents and members of the South River Fire Department (SRFD), the South River Borough Council officially transferred administration of the borough’s Fire Prevention Bureau to the county.

Fire prevention officials work in tandem with the fire department to investigate scenes and declare the scene safe after a fire/emergency situation, and also conduct inspections and issue permits, according to the borough’s website.

As of April 1, the Middlesex County Fire Marshal’s Office had been managing and overseeing all aspects related to fire prevention within the borough, even though the ordinance was officially put to a vote on April 10.

Haussermann expressed his approval of the borough accepting the Shared Services Agreement (SSA), insisting that it will ultimately produce long-term savings for the borough.

Jones agreed, stating that he believes the decision “is a good and positive change for the borough.”

Despite the vote, many residents once again voiced their disapproval toward the council entering into the agreement.

Wayne Wagner, president of Engine Co. No. 1 of the SRFD, delivered a prepared statement on behalf of the fire department.

“We want the residents to know that the fire department is totally against the SSA. We want the borough to rest assured that your local all-volunteer SRFD is still here. We will continue to serve the residents of the borough 24 hours a day, seven days a week, 365 days a year,” he said. “We don’t care what political party you might belong to or who you voted for, we are here to protect you, your family, your home and/or your business.”

Several of the dozens of residents at the high school – a change of venue from the regular council meetings due to a higher than average attendance – spoke out against the decision as well.

“You say that you hear us but you are not listening to us,” Mary Williams said.

Rev. David Garretson of Saints Peter and Paul Orthodox Church said the SSA is an unwise decision and that residents are feeling betrayed by the council.

“This is an ill-advised, frivolous move to try to save money that really doesn’t need to be saved. You have heard people before me say that there is an ‘intangible’ thing that makes South River and small communities like that, and you are taking an ax to that social fabric. I strongly would suggest that you reconsider this frivolous issue because you are just simply sharing up emotions and people are feeling betrayed and that is not your responsibility, to betray the citizens of this borough,” he said.

Since the borough has officially accepted the SSA, all employees from the Fire Prevention Bureau have been fired.

The full-time Fire Prevention secretary has been reassigned to administration, one part-time fire inspector already works for the Middlesex County Fire Marshal’s Office serving South River, and the other three part-time fire inspectors were terminated, according to Joseph Zanga, the borough’s chief financial officer who is also serving as the acting borough administrator since Frederick Carr’s termination by the council last week.

The part-time employees were paid for hours worked through March 31. The full-time employee will continue to be employed and paid through the Administration Department, according to Zanga.

For more information about the approved ordinance, visit www.southrivernj.org/council_agendas.html.