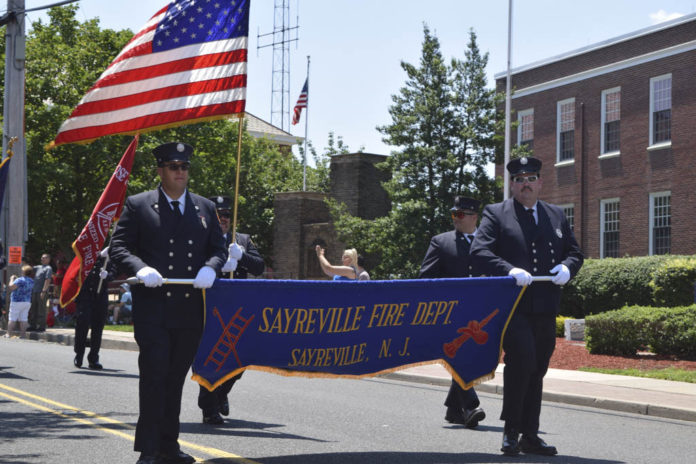 SAYREVILLE – Organizers of the Memorial Day Parade in Sayreville have announced the grand marshals for the day.

Joseph Myers has been chosen by American Legion Post 211 as its grand marshall.

Myers was born in 1947, was raised in Sayreville and graduated from Sayreville War Memorial High School in 1965.

In November 1966, he entered the U.S. Marine Corps, attaining the rank of sergeant. Sent to Southeast Asia during the Vietnam War, he was part of Gulf Company 2nd Battalion 7th Marines 1st Marine Division from February 1968 through April 1969, according to information provided by Larry Doyle of the Legion post, who is also the chairman of the parade.

During that time, Myers played an instrumental role in eight major operations which earned him the Bronze Star with Combat V for service during these operations.

He was honorably discharged in 1969.

Myers joined the Sayreville Police Department in June 1970. In June 1980, he began working with the Detective Bureau; three years later he graduated from Trenton State College, now The College of New Jersey. In 1985, he was promoted to the rank of sergeant and as a police officer, attended DARE (Drug Abuse Resistance Education) training in Virginia Beach. With his trademark red Volkswagen, he brought the first DARE classes into the Sayreville public and parochial schools for 14 years, according to Doyle.

Myers also worked with a group of teachers and residents to create the Sayreville Alliance for Family Education. He also served as a member of the Sayreville Board of Education for four years, according to Doyle.

In addition, Myers was a member of the Sayreville Emergency Squad and Sayreville Engine Co. No. 1.

Currently, Myers is an active member of American Legion Post 211 and is a past commander; he was the first commander from Vietnam. He is a member of the VFW, the Vietnam Veterans of America, Disabled American Veterans, U.S. Marine Corp League and the N.J. 1st Marine Division Association.

Myers is an active parishioner at St. Stanislaus Kostka Parish and is president of its Holy Name Society. He also holds membership in the Knights of Columbus Council 2061, according to Doyle.

Myers and his wife Kathie have been married for 44 years and they have three children – Louise, Patrick and Timothy – and one grandchild, Joseph.

Sayreville will host its annual Memorial Day Parade beginning at 10 a.m. May 29 starting at Elizabeth Street and Washington Road. In the parade line-up will be veterans and their affiliated groups; color guards; bands; local officials; school, civic, community and church groups; marching units; scout troops; youth sports leagues; antique vehicles; and local police, fire and emergency departments. The parade will conclude with a service at Borough Hall on Main Street.