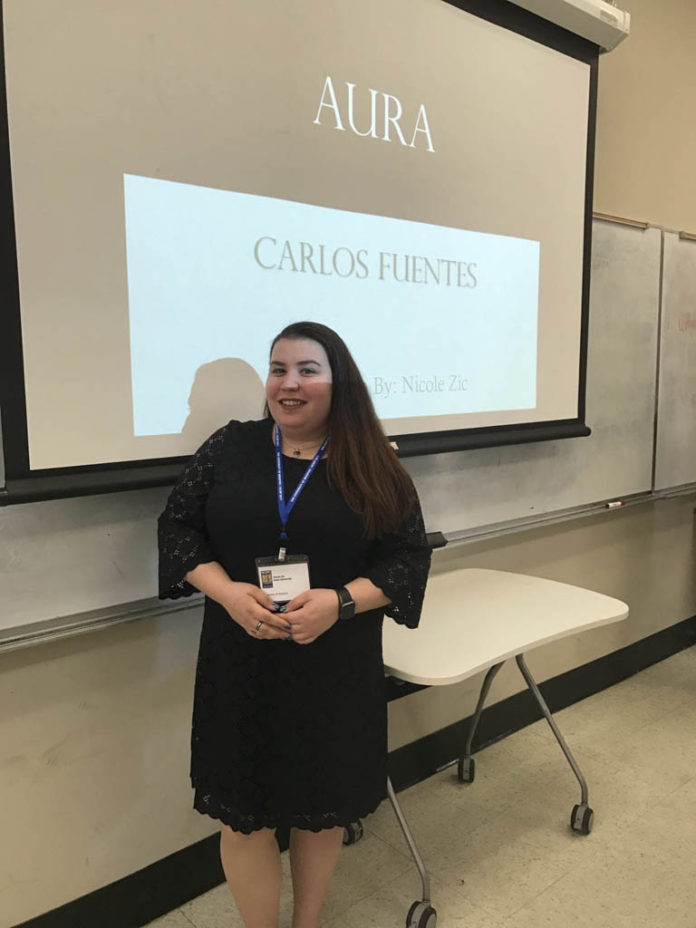 OLD BRIDGE – An Old Bridge resident has had her original research accepted by the National Conference for Undergraduate Research (NCUR).
Nicole Zic is studying Spanish secondary education in her senior year at Kean University in Union. Her research focused on the magical realism elements in Carlos Fuentes’s novel “Aura.” She traced connections between historical and mythical phenomena within the novel to propose multiple meanings for characters and symbols, according to a statement provided by the university.

“Working with Dr. [Gregory] Shepherd [coordinator of world languages at Kean] is very rewarding,” Zic said. “He not only helps his students realize their potential, but he also shows his students how to think critically and look at situations from different angles. I plan on returning to school for my master’s degree and then my Ph.D. My goal is to return to a university and teach Latin American literature.”
Zic presented her work at the conference, held at the University of Memphis April 7-8.
“Having research accepted at NCUR is one of the top honors an undergraduate student can receive,” Shepherd said. “By collaborating with … Nicole in [her] growth in analytical skills, critical thinking and professional writing, I get to celebrate those moments when the light goes on, and they realize the power these developing skills will have in their profession as educators.”

Zic plans to submit her work in essay format, which is a more competitive process that would give her an opportunity to be published in the NCUR conference proceedings in June.